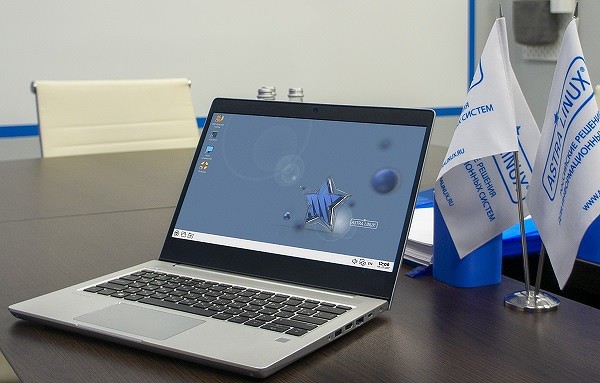 The developer of the Russian OS Astra Linux at the end of 2021 showed very mediocre results in terms of revenue growth, but at the same time increased its net profit by 65%, which reached 1.24 billion rubles. In 2022, the developer expects a significant increase in financial performance.

As CNews found out, at the end of 2021, the net profit of the main legal entity of the Astra group (Rusbitech-Astra LLC), known as the developer of the Russian Astra Linux OS line, increased 1.65 times. According to Kontur.Focus, which operates accounting reports according to Russian standards (RAS), if a year earlier it was at the level of 754.6 million rubles, then for the new reporting period it increased to 1.24 billion rubles. Thus, the increase was 65%.

Such a modest increase in revenue against the backdrop of Russia’s policy of import substitution could be called mediocre, but in Astra they are considered acceptable.

In a conversation with CNews, the commercial director of the group Anton Bugretsov noted that 2021 turned out to be difficult for all participants in the software market in terms of implementing import substitution programs, including because large state-owned companies and corporations, as well as industry enterprises and commercial structures, have joined the process.

“Most of the leading players in the domestic market have big projects, and a huge number of pilots and tests have passed,” says Bugretsov. — But since we are talking about large-scale infrastructures, such projects in development and presale usually take several years. It is the last year that can be considered the time of the formation of the import substitution base for the next few years.”

The top manager’s forecast for 2022 is optimistic. “The situation of the current year has given an additional incentive for customers, so in 2022 we expect a significant increase in indicators,” he told CNews. “Moreover, according to data based on the official financial statements of companies from open sources, the share of Astra Linux in the segment of Russian operating systems against the backdrop of a stagnating market is steadily growing and, according to the results of last year, is about 70%.”

In connection with the last remark of Bugretsov, it is worth noting that the main competitor of Astra, the Basalt SPO company, which develops the Alt Linux OS line, has revenue in 2021 sank by almost a third. In the reporting period, this indicator of the financial activity of the organization amounted to 327.2 million rubles, while a year ago it was at the level of 475.4 million rubles.

What Astra remembers in 2021

At the beginning of March 2021 CNews figured outthat Russian Railways acquired 22,000 Astra Linux OS licenses. The purchase was carried out without alternative, directly from the developer company. Russian Railways refused to report the price of the contract.

Vulnerability Management module on the Security Vision platform: how to identify and fix vulnerabilities in your IT infrastructure

A number of projects for the transition to Astra Linux were noted in 2021 by Rosatom and its subsidiaries. In particular, in July CNews figured outthat the Rosatom information system for managing the portfolio of projects of this state corporation is abandoning the Microsoft OS in favor of a Russian product.

Also in July 2021 CNews figured outthat the use of the secure special-purpose operating system Astra Linux Special Edition received a special priority in the Ministry of Internal Affairs. More than a year ago, on May 21, 2020, the ministry issued order No. 362, according to which the OS was “supplied to the supply of internal affairs bodies and is designed to implement information protection requirements when connecting purchased technical means to a unified information and analytical support system activity of the Ministry of Internal Affairs.

The order in its name is marked “For official use” – for official use, therefore, it is not in public access. The above quote with reference to Order No. 362 can be found in the Ministry’s tender documentation for the purchase of equipment in the pre-installed software requirements section.

At the end of November 2021, CNews became aware that the Astra group developed under their operating systems, a functional analogue of Microsoft Active Directory. Support for this particular foreign solution is primarily prescribed by government customers in tender documents when they set themselves the goal of acquiring imported operating systems at any cost, and not Russian ones.

the government bans the film “We, students!”