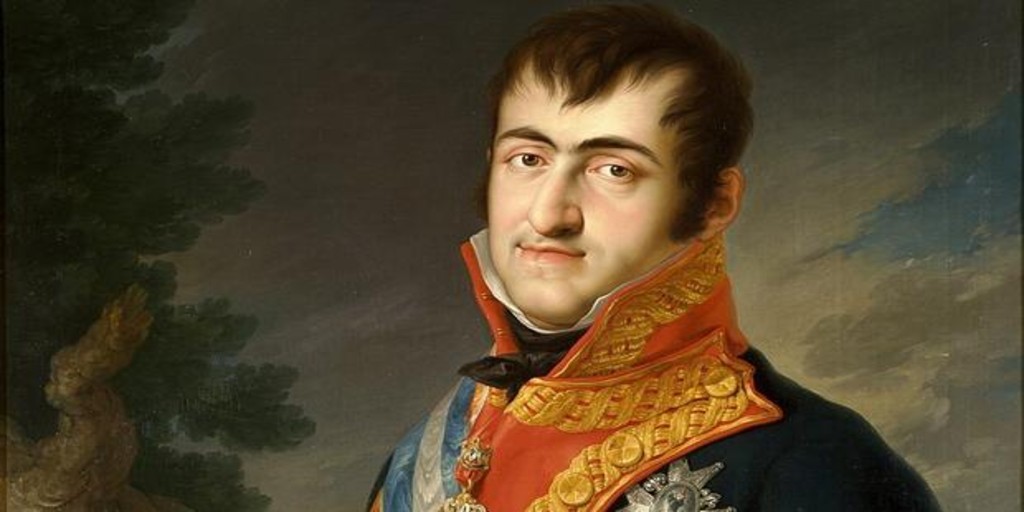 He deceived his parents, Europe and Napoleon. To your mentors and friends. To their wives. To the liberals and, lest they be envious, also to the absolutists. Not once, but many times. Fernando VII he challenged that maxim — attributed to Abraham Lincoln — that you can fool everyone some time, you can fool some all of the time, but you can’t fool everyone all of the time. He did it, managing to preserve, in addition, the consideration of the Spanish people, who saw him as an innocent and virtuous monarch until almost his last days of life.

How he managed to fool so many people and for so long is one of the great mysteries of humanity. The most approximate answer points to the difficulty of demolishing a myth, that of the Innocent Prince kidnapped by Napoleon, when so much blood has been invested to erect it already a sovereign skill not valued enough. Unlike other devious people, Fernando did not assume a reserved or ambiguous attitude, but instead preferred to play the mentally handicapped with the people he had just met. He preferred to be taken for a fool than to be fenced off for cleverness. Playing simple was the favorite weapon of this master of dissimulation, along with his habit of leaving between his words and his last decisions an unbearable margin of maneuver so that his will could change in an opportune moment.

Napoleon, who boasted of knowing human nature well, completely skidded in his judgment of Ferdinand, for whom lying was like breathing:

«As for the Prince of Asturias, he is a man who inspires little interest. He’s stupid, to the point where I couldn’t get a word out of him. It does not respond to anything that is said to it; even if he is reprimanded or complimented, his countenance never changes.

His first wife, desperate for his passivity, also detected Fernando’s indiscriminate use of his apathy:

«I turn to the inner side and what do I see ?: a husband who does not even understand what I say, although I speak to him in his language; that he makes me blush with his rudeness to people and that when wise things are mentioned to him, he comes out talking about food or going for a walk, and repeats the words ».

As you remember Emilio La Parra in his biography of the King, edited by Tusquets in 2018, lack of intelligence was not among Fernando’s shortcomings. Otherwise he would not have been able to fool so many people. He was more cunning than his enemies ever appreciated, and he even harbored some cultural concerns. As a child he was crazy about reading books on sacred history and antiquity, and when he did not lift a foot off the ground he had already formed a private library of a certain entity, although in truth he used to be more interested in binding and cutting uneven folds, than in content. One of the first things that confronted Godoy was that he hindered the publication of Ferdinand’s translation into Spanish of ‘Histoire des révolutions arrivées dans la Repúblique Romaine’, a very popular work on the last years of the Roman Republic.

In the prison in Valençay, books were once again very present in his life thanks to the imposing library that Talleyrand made available to him. Fernando and his brother lived in captivity surrounded by works by Rousseau, Montesquieu, Voltaire and other books banned by the Inquisition, such as Don Carlos »by Friedrich Schiller, sacrosanct of the black legend. In addition to that it was in his reign when the Royal Cabinet of Natural History, built by Carlos III, like the Prado Museum. Just for this contribution to culture, the Spanish treasure a reason not to see the King in a more positive way.

During his reign, Fernando VII experienced revolutions, disappointments such as that of the Russian fleet, serious territorial losses and diplomatic defeats of the caliber of the Congress of Vienna, where Spain did not get anything positive despite being part of the side of the victorious nations of the Napoleonic Wars. There was no peace in his reign until almost the end. Starting in 1823, in the Ominous Decade, various modernization measures were launched that would give rise, once he died, to the birth of the liberal state that Elizabeth II would inherit.

It was an attempt to create an effective administration in the Treasury to remedy the disastrous financial situation. The first commercial code of the country was drawn up for this, the Prado Museum was created shortly before, the Madrid Stock Exchange, the Ministry of Public Works and the police. The Mining Law that was implemented during his reign promoted mining exploitation through private companies. Measures aimed at improving the administration and the economy, although not at liberalizing it.

The country was modernized with the help, among others, of ministers from the old Josephites, at last returned from their long exile, although maintaining the King’s favorite political system.

Among the later reforms of Fernando VII, one stands out that still directly affects the daily life of the Spaniards: the provincial division, which had been on the King’s table for a while and came into force just after his death. At the end of October 1833, shortly after Fernando VII died, the regent Maria Cristina gave the green light to the Minister of Public Works. Javier de Burgos, formerly Frenchified, for a reform that, barely a month later, materialized in the decree that divided the country into 49 provinces. All of them would take the name of their capitals, except the provinces of Navarra, Álava, Guipúzcoa and Vizcaya, which still retain their names.

The «new» Spain drawn by Burgos It had, in addition to the 49 provinces, 14 regions and, as of April 1834, 463 population centers with a court of first instance. The latter were the “judicial parties”, whose characteristics made it possible to easily establish their “heads”, which today have been greatly reduced in number. Unlike the French model, the minister did not follow only geographical criteria, but also a historical character, respecting the divisions of the old Kingdoms and taking into account the distance and the number of inhabitants of each population center. In the following reign the map was modified, but the distribution of Burgos remained in force.