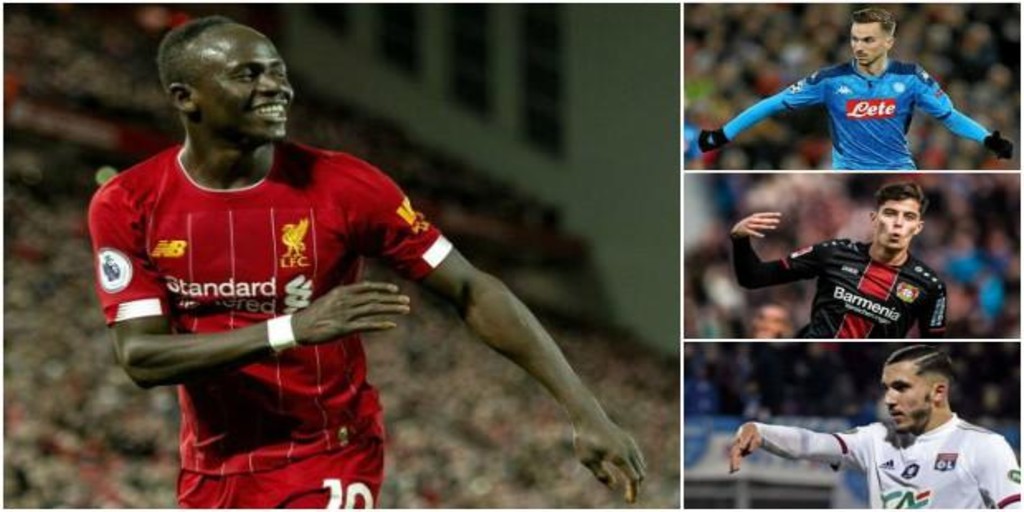 Real Madrid faces an atypical summer. The coronavirus crisis has changed the perspective of soccer and it is intuited that there will be no great movements in this summer market. In fact, from the white club, as reported by ABC, they plan not to sign in the next window and rescue players on loan, although that does not mean they do not closely follow a series of top-level footballers.

There is a large squad in Madrid and before making purchases you have to open the exit door, it is obvious. In any case, the sports management, in permanent contact with Zinedine Zidane, considers that there is enough quality to face a course without millionaire additions.

However, it is Real Madrid and there will always be names on the table. The trend has been to recruit young players to train them well, but there is also talk of contrasting players. There is a lot of talent in the main European leagues and Madrid has several names in mind.

France
The one that sounds the most in these times is Camavinga, a young player who amazes in Rennes. He is a midfielder with tremendous prospects and full physical capacity, insurance for any team that wants to reinforce midfield. The 17-year-old Frenchman has already told his surroundings that he would like to wear white and the operation would be around 50-60 million.

All in all, the jewel in the crown would be Kylian Mbappé, the world megastar for whom Florentino Pérez sighs. The PSG striker has it all and is a very clear objective, since there is no one who resembles him at the moment. Anyway, this newspaper already explained that the assault would not be this summer, we would have to wait for the next one.

And lately, there has been an insistence on Cherki, a rough diamond from Olympique de Lyon, who is astonishing at the age of 16. It would be, of course, an investment in the future with the intention of assuring one of the players that he is called to shine tomorrow. The striker has already said that he would love to be a Real Madrid player.

See Also:  Messi takes the Metropolitan and maintains the lead for Barcelona (0-1)

England
England is spoken about, and is already cyclical, about Paul Pogba. Another player who excites Zidane and for whom Madrid has made many moves, although his price is too high. It has lost strength in recent times, but it is still there, allowing itself to be loved. They also put attacking players like Sterling or Mané on Madrid’s agenda.

Germany
The Bundesliga sensation is Haaland, that Dortmund Borussia forward who has a lifetime contract on goal. He is young, has a goal between eyebrows and could fit wonderfully into a team that has been arguing about the figure of “9” for some time. Harvertz of Bayer Leverkusen and Timo Werner of Leipzig are other players who shine in the German tournament, not to mention Sancho of Dortmund.

Italy
There is not so much market in Italy, but it is always on everyone’s lips Fabián, a Spanish international who goes to Naples. He is a footballer with a special vision of football and who has become a fixture of the national team. Barcelona would also be interested in the services of this player. .