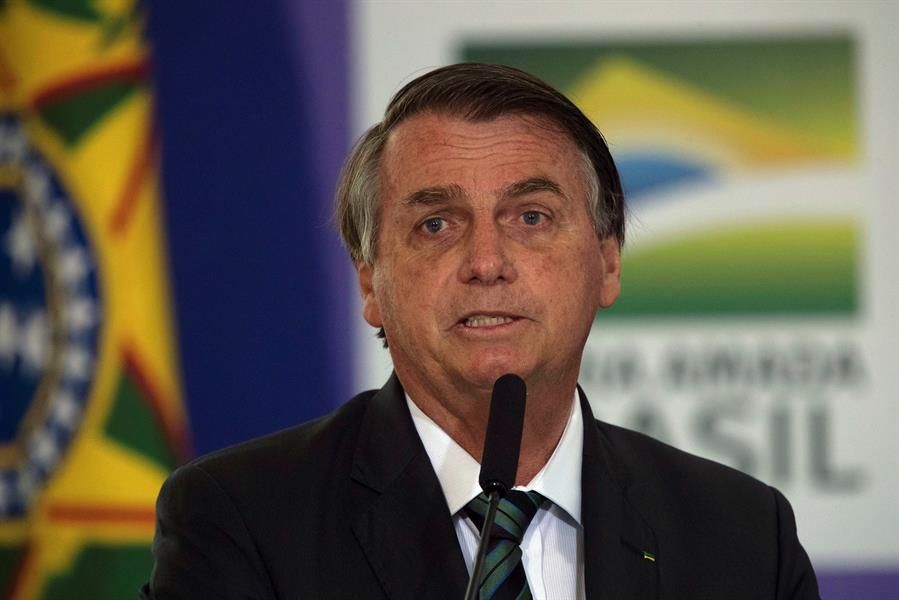 • The parliamentary commission intends to clarify 23 possible cases of serious irregularities and omissions in the fight against the virus.

• Since the pandemic began, more than 395,000 million people have died from covid-19 in Brazil

Against the sad backdrop of the 3120 deaths this Tuesday, and a total of more than 395,000 deaths from covid-19, the Brazilian Senate installed a Parliamentary Investigation Commission (CPI) which must assess the responsibility of the ultra-right government in the face of the pandemic. President Jair Bolsonaro he downplayed the political fact that can change the course of events in the South American giant: on his Twitter account he applauded himself for the speed of a vaccination campaign that so far has benefited some 25 million people among the first and second doses. Beyond the indifference of the retired captain, the ICC can open the doors of a impeachment process. If its members, mostly opponents, come to the conclusion that Bolsonaro, with his decisions, aggravated the circumstances of the pandemic, the president of the Chamber of Deputies, the right-wing Arthur Lira, will have in his hands the concrete possibility that Congress seats the president in the dock.

“It was a difficult day for the Government. It lost them all in the ICC. The Chief Minister of the Civil House, Eduardo Ramos, admitted for his part that he had a hidden vaccine and the Minister of Economy, Paulo Guedes, said that China invented the virus and has the less efficient vaccine. In addition, he complained about the increase in life expectancy and that everyone wants to live 100 years. It was a sincericide attack“said Miriam Leitão, columnist for the Rio de Janeiro daily Or Balloon.

Bolsonaro tried to liquefy the capacity of the investigative commission before it was put into operation. The ICC is chaired by Omar Aziz |, of the Social Democratic Party (PSD), and can question the authorities. For now, he already has on his horizon to summon the current Minister of Health, Marcelo Queiroga and the three men who previously held that portfolio, including Eduardo Pazuello, a general who lacked any background in health matters and only exhibited as a credential his absolute loyalty to the president.

See Also:  Retired teacher sells his car due to financial problems: former students bought it and returned it, Brazil, pandemic

Renán Calheiros, from the centrist Brazilian Democratic Movement (MDB), will serve as instructor in investigations. The extreme right failed in its effort to prevent his appointment through the courts. “It was not chance or divine scourge that led us to this situation. There are those responsible, there are those guilty, by action or omission. Crimes against humanity never prescribe and are transnational. Slobodan Milosevic and Augusto Pinochet they are historical examples. Let’s do our part, “Calheiros replied.

Senators will have a term of three months to write your report. During the last months, Bolsonaro cooperated with several figures from the political center with the purpose of avoiding the impeachment. He offered fees and money. But the deepening of the crisis has weakened that conjunctural alliance.

An internal ICC report, leaked by the press, lists 23 possible cases of irregularities and omissions in the fight against the virus, including the underestimation of the pandemic, the rejection of restrictive measures, the promotion of chloroquine without scientific evidence, the absence of a prevention campaign against covid-19, the delays in dealing with the disaster in the Amazon region and the absence of a national committee to coordinate preventive actions at the national level. In turn, legislators must analyze the effects of General Pazuello’s lack of competence in health matters, the impact of his policies on the original towns, the elaboration and dissemination of fake news through his “hate ministry“As the offices controlled by Carlos Bolsonaro, one of the president’s sons, are known. Finally, the ICC intends to elucidate the reasons why it was delayed in purchasing vaccines, oxygen and other medicines. All these errors have turned that country into the regional epicenter of infections with the appearance, in addition, of a Brazilian strain.

See Also:  Brazil, outraged by the 400,000 deaths from Covid-19, demands answers from Bolsonaro

“The list of sabotage, malpractice and other misdeeds committed by the Federal Executive in handling the pandemic is, for the most part, irrefutable. There is no rhetorical juggling capable of denying, in one of the most important examples, the government’s negligence in the acquisition of the Chinese Coronavac vaccine and the attempt to discredit the immunizing agent, “the São Paulo newspaper commented in this regard. leaf in your editorial.