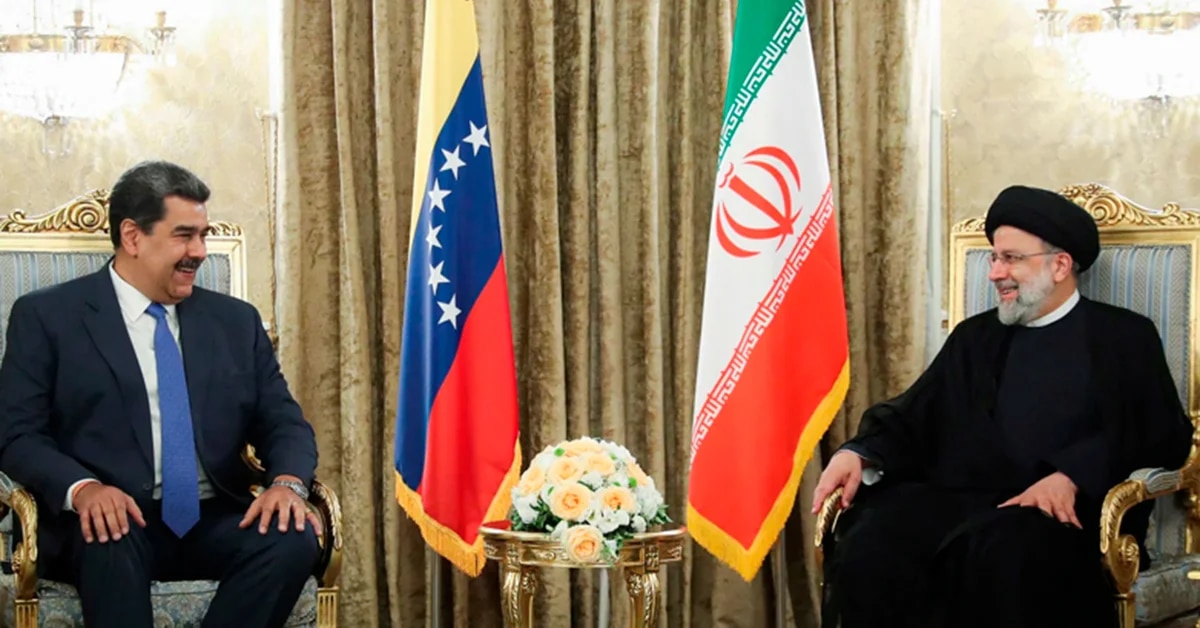 The Simon Wiesenthal Center condemned the dictator Nicolás Maduro for describing the terrorist attack on the AMIA in Argentina as a “false positive”. The statements by the Chavista regime took place in a context in which they launched a campaign to demand that the government of Alberto Fernández return the Venezuelan-Iranian plane investigated by the Argentine justice system and which is being held at the Ezeiza international airport in Buenos Aires. since last June 8.

The United States asked Argentina to allow confiscate the plane held in Buenos Aires by possible links to international terrorism.

The plane arrived in Argentina on June 6, from Mexico and after making a stopover in Venezuela.. Two days later, she left to refuel in Uruguay, but had to return to the Ezeiza International Airport because the neighboring country did not authorize her landing.

Upon his return to Buenos Aires, the authorities immobilized the aircraft and ordered the retention of its 19 crew members, 5 Iranians and 14 Venezuelans. Twelve were released by the judge involved in the case, while the other 7 decided to retain them.

Some of the crew members are allegedly linked to terrorist organizations and the plane had belonged to the Iranian airline Mahan Air, which now belongs to the Venezuelan company Conviasa.

“The increasingly strong alliance between the Venezuelan regime and Iran is now present in the speech, trying to deny the responsibility of the Iranians on whom INTERPOL red alerts weigh and disrespecting the memory of the victims and the pain of the relatives”, said Ariel Gelblung, director of the Wiesenthal Center for Latin America.

View of the Boeing 747 plane in Argentina (REUTERS / Sebastian Borsero)

For his part, Shimon Samuels, director of international relations at the Wiesenthal Center, denounced the presence of “elements” of the Hezbollah terrorist group among the crew.

“The Venezuelan leaders now incorporate the negationist discourse of their partners, showing their true faces. We strongly condemn this outrageSamuels said.

The Chavista dictatorship published two audiovisual pieces on Tuesdaywhich last approximately 29 seconds, in which a narrator voice explains the reasons why they demand that they return the plane and blame everything —in the usual chavista anti-imperialist rhetoric– to the United States.

“A cargo plane, 100% Venezuelan, that is in charge of moving vaccines, medicines and humanitarian aid to the entire continent was kidnapped with his crew by order of the United States on Argentine soil using the false positive of the AMIA cause, violating all international aeronautical treaties and the human rights of Venezuelans, endangering their lives. Return the plane, we want you back, ”says the narrator in one of the videos.

Suddenly, Within the Chavista dictatorship, voices have increased demanding that the Venezuelan-Iranian plane — legitimately investigated by the Argentine justice system for its links to terrorism — be returned to Venezuela.

Tuesday will held a march in the Caribbean country “for the rescue of national assets”. There he participated Lieutenant Colonel César Pérez, president of Emtrasura subsidiary of the Venezuelan Consortium of Aeronautical Industries and Air Services (Conviasa).

“We demand that the Argentine justice system stop this unfortunate show, retaining our crew; 19 crew members, an aircraft that carried out a completely lawful operation. After two months they have nothing, no element that could deprive them of leaving the country. Because they cannot leave the country, they are imprisoned inside Argentina”Perez said.

Pérez’s words are added to the recent statements by the dictator Maduro and Diosdado Cabello, number two of Chavismo.

This Monday, between shouting and rudenessthe dictator asked for the support of the social, union and political movements of the “Patriotic Argentina” and “Peronist” to recover the Venezuelan-Iranian plane.

With rudeness, Maduro demanded support from Argentine social movements to “recover” the Iranian plane held in Buenos Aires
Diosdado Cabello criticized Alberto Fernández and demanded that Argentina return the Venezuelan-Iranian plane investigated for links to terrorism
Delivery of land to Iran: lawyers and military ask to prosecute Maduro for treason

5 questions to ask your rheumatologist if you have rheumatoid arthritis

Screenshots, box art and details of the unannounced reboot of Alone in the Dark leaked online