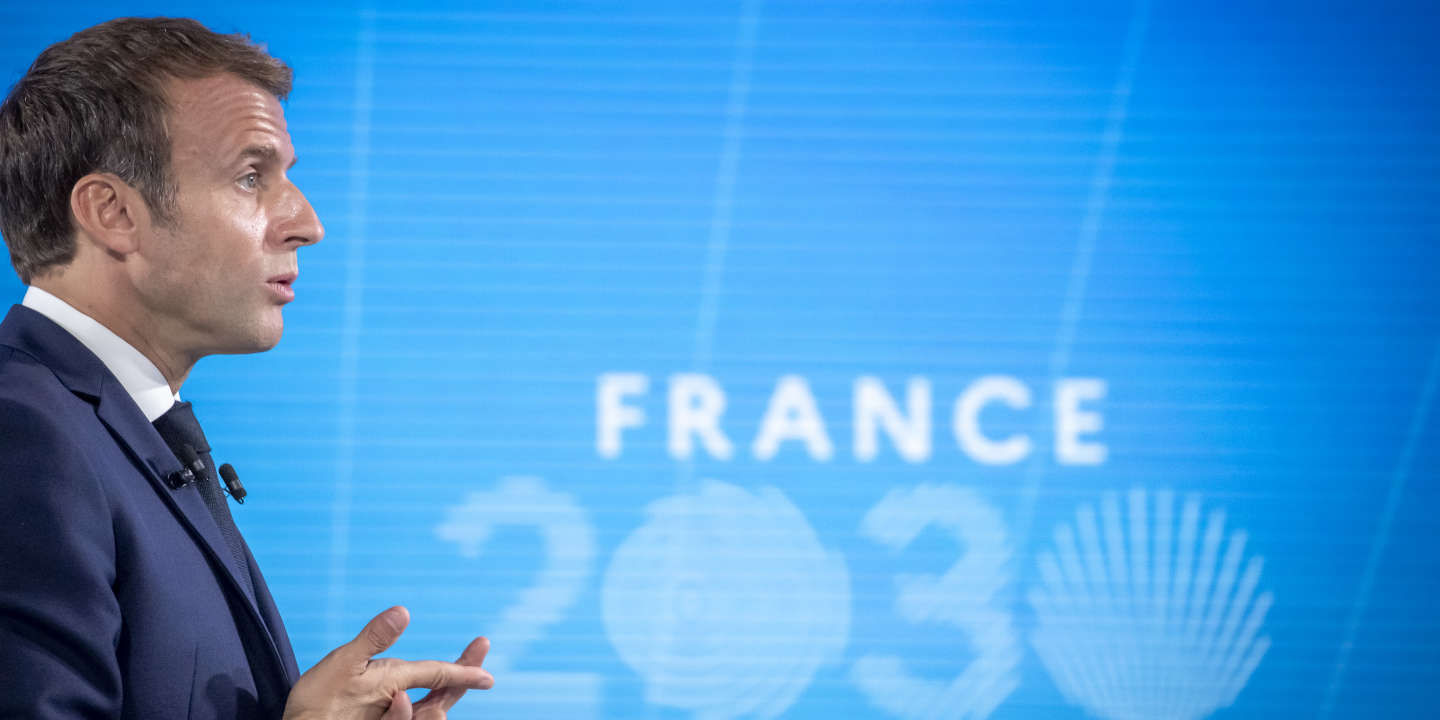 To build “The France of 2030”, Emmanuel Macron has decided to bet big on « talents » : 2.5 billion euros. This “Massive investment” is among the main announcements made by the President of the Republic on Tuesday, October 12, by unveiling the investment plan in favor of the French economy. This sum will be devoted to training on “New sectors”, he said, stressing that it is a “Absolutely key component” of the executive’s plan to shape “Very great French champions”, especially in industry.

Article reserved for our subscribers Read also With the France 2030 plan, a campaigning Emmanuel Macron wants to defend “the spirit of victory and conquest”

If the amount of the envelope is known, many questions remain about its use. Guest of BFM-TV, Elisabeth Borne only indicated on Tuesday that the objective is “To prepare the skills of tomorrow” for some “Strategic sectors, in which we want to put the package”, citing “Energy, industry, carbon-free transport”. The Minister of Labor added that the fact of wanting “Produce two million electric vehicles in France” within ten years constitutes “A major change” which requires adapting the know-how of employees. How to proceed ? “These training courses, it is not the government that is going to invent them, replied Mme Borne. We will consult, we will make calls to consortia in which we will have training organizations and professional branches. “

Article reserved for our subscribers Read also France 2030: nearly half of funding must be used to “decarbonize” the economy

In the entourage of the Minister, it is explained that part of the appropriations “Will be allocated to the transformation and modernization of our training tools”. “Projects will be selected via a call for expressions of interest”, we complete. Of the 2.5 billion euros mentioned by Mr. Macron, around 20% could be left in the hands of the Ministry of Higher Education, Research and Innovation with a view to developing modules focused on artificial intelligence.

Several union and employer officials welcome these arbitrations, while remaining unsatisfied. “We lack details on the government’s intentions in terms of skills development”, confides Philippe Portier, national secretary of the CFDT. “We will have to talk concretely about training, at one time or another”, adds Michel Beaugas, Confederal Secretary of Force Ouvrière.

The president of the Union of industries and trades in industry (UIMM), Eric Trappier, also asks for clarification. “The reconstruction of a strong, modern and excellent industry will not happen without skills”, he said in a statement on Tuesday, reiterating the “Expectations” of its organization on measures relating to “The retraining of employees, in particular to guarantee the simplicity of implementation for companies”. An allusion to the “Collective Transitions” device, which the Medef described as” Gaz factory ” : launched at the beginning of the year, it struggles to take off, with just under 80 beneficiaries identified in mid-September by the Ministry of Labor.

You have 14.71% of this article left to read. The rest is for subscribers only.