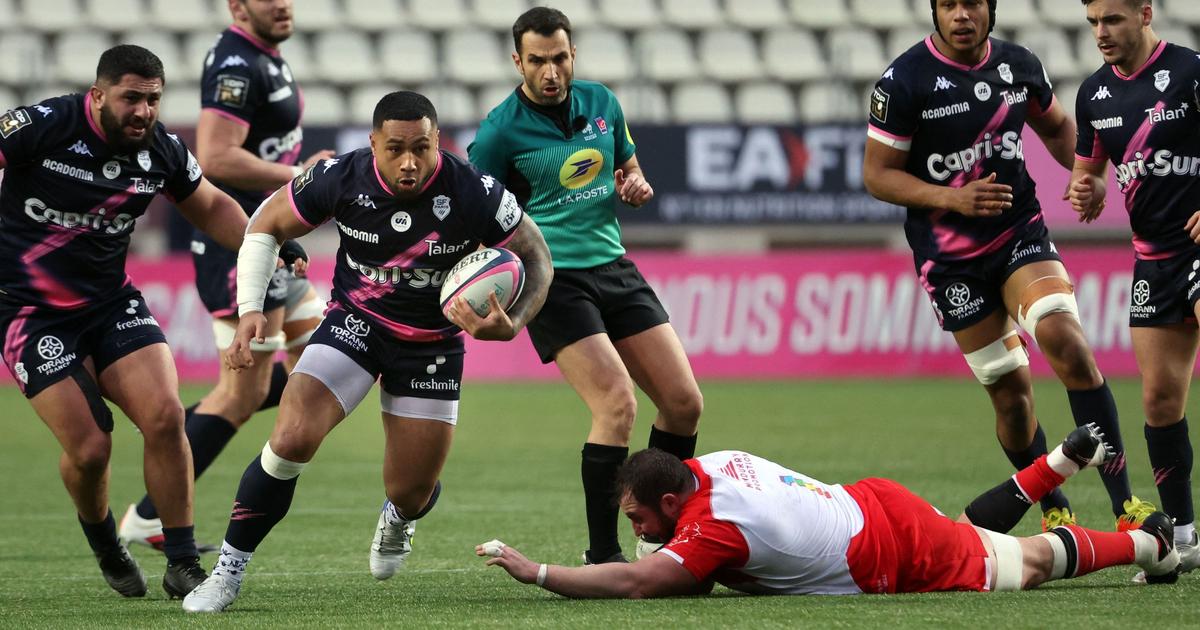 Winners three weeks ago at Ernest-Wallon, the Parisians have no room for error against these same Toulousains, if they want to continue to believe in qualification.

After a chaotic start to the season, Stade Français Paris is doing better. The storm has passed. Apart from the heavy setback conceded last week in Montpellier (30-3) with a revamped team, the turnaround is there, with this eighth place in the standings seven small units from sixth, Toulouse. A direct adversary, therefore, in the race for the final stages that the Parisians face Sunday evening at Jean-Bouin in prime time. If the “Classic” of French rugby no longer has the luster of the 2000s, it is nonetheless crucial at the time of the final sprint in the Top 14.

«Toulouse remains Toulouse. We know this team very well, with their attacking game. Despite the absences, they still have a big pack of forwards who dominate their opponents. If we let them advance, play their game, it’s almost impossible to stop them. It’s up to us to try to dominate them and never let go“Warns Parisian scrum-half Arthur Coville.

Admittedly, the reigning French champions are not at their best, with brand absences in spades. Last week, Ugo Mola’s players managed to stop a black series (the club’s worst) of six losses in a row, by dominating Bordeaux-Bègles (12-11). Hence the mistrust of the Parisian hooker Laurent Panis: “This is not necessarily the ideal time to face them, they have just won an important match, against a Bordeaux team which is a very good team, very complicated to play. It’ll put them right side up, they’ll come here with big intentions. It’s going to be a great poster.»

We may have to play our best game of the season to overtake Toulouse. After this match, we can think about the final sprint

With a strong sporting stake. At home, the Soldats Roses have only yielded twice this season (against Racing 92 and Montpellier) and they remain on a good dynamic with in particular successes in Lyon, La Rochelle and Toulon. “It’s the final sprint, there are only seven matches left. So all points are good to take“, continues Laurent Panis. His manager Gonzalo Quesada takes stock of the situation: “We gave ourselves the right not to be worried about the relegation zone. Even if the chances are not great, we also gave ourselves the right to play our last matches while seeking qualification.»

The Argentinian technician is aware that his team is on a thread. “Each week, we will know if we are getting closer or if this objective is too complicated. We will play not far from the three best teams in the championship with Toulouse, Bordeaux and Racing, does he warn. We may have to play our best game of the season to overcome this opponent. After this match, we can think about the final sprint.»

The people of Toulouse are tractors in the field. They never let go and never give gifts

Toulouse that the Parisians know well for having faced them only three weeks ago at Ernest-Wallon. For an in extremis success of Stade Français (28-29) thanks to a penalty after the siren of Joris Segonds (80th + 2). “I dread everything about Toulouse. We won by one point at the mermaid. It was a match that we could have quietly lost given the context of the match. They have been European champions and French champions for several years. It’s the great team of Europe, it’s not to “bader” them or take the pressure off us. It is reality“continues Quesada.

«We played them three weeks ago. These are tractors in the field. They never let go and never give gifts“Warns Arthur Coville. For Laurent Panis, “the victory against Bordeaux will have given them the lead. They’ll come with big intentions“. Everyone is on their guard. Gonzalo Quesada the first:There will be a spirit of revenge. Toulouse is a club that needs points to get back into the six quickly. No one has any doubts that they will be there. We know that there will be a great Toulouse in Jean-Bouin.“A “classic” warning, in short.

Disney + will launch an offer with advertising

Bloodwood through the back door (nd-aktuell.de)