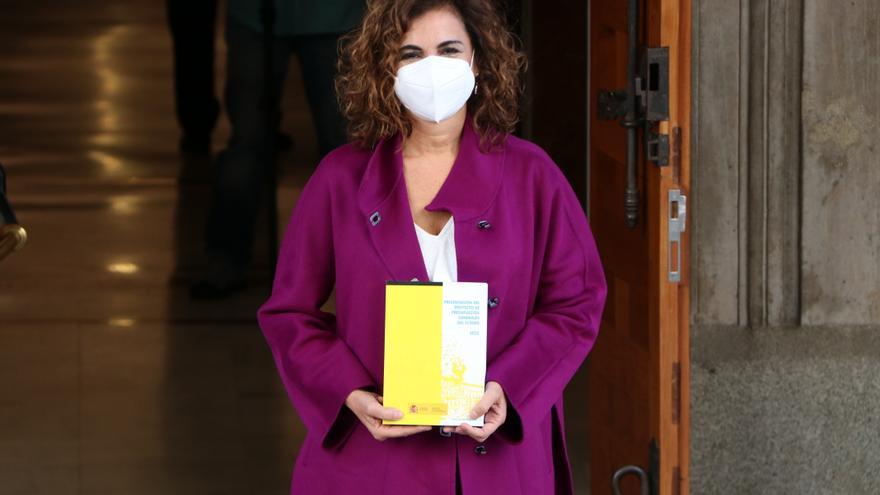 Medium plan of the Minister of Finance, María Jesús Montero, with the draft budget for 2022 in Congress
ACN / Andrea Zamorano

The general state budgets (PGE) for 2022 envisage an 8.1% increase in tax revenue thanks to the improved performance of all figures. Especially theIRPF i Societies, but also direct taxes such as electricity, which – as a result of current prices – will grow by 39.7% in revenue. The executive also plans to increase revenue by 7.3% for beer and 5.5% more for tobacco. The public accounts include three outstanding tax measures: a minimum rate of 15% in Corporation Tax, modifications to the maximum reduction limits for contributions to individual pension and employment plans, and the extension of the current limits for taxation by modules in personal income tax ‘VAT.

Forecasts indicate that the state will raise 717 million euros for the tax on alcohol and beverages, 8% more, and that the collection for beer will grow by 7.3% to 346 million euros . The tax on hydrocarbons will raise 12,418 million euros, 7% more, that of tobacco about 6,880 million, 5.5% more, and that of electricity 1,437 million, 39.7% more. According to the forecasts of the executive, the Autonomous Communities will receive more than € 126 billion by adding the funding system, European funds and extraordinary resources that will offset the negative 2020 settlements and the loss of revenue by Immediate Information System of VAT implemented by the government of Rajoy. Local entities will receive 17% more than in 2021 for the improvement of income on account and the extra funds provided by theAdministration of the State.

In the chapter of expenditure the Spanish executive highlights the increase of 46% of the items destined to house, that ascend to 3.295 million euros. Of these, 500 million euros are to increase the supply of rental housing at an affordable price, and 200 more for the young rental bond. In terms of youth employment, PGEs incorporate investments to attract students. The budget of the Ministry of Education exceeds for the first time the 5 billion euros, of which 44%, 2,199 million euros, are for scholarships. This chapter highlights the initiative to award scholarships to candidates for the judiciary, the prosecution, the State Attorney’s Office or the Administration of Justice.

The budgets include a record public investment of 40 billion euros, 9.6% more than last year. The industry will receive 11,316 of these millions, especially for the acceleration of the processes of digitization, automation and adaptation of value chains and logistics.

The accounts invest 3,817 million euros in energy measures that include the extension of the thermal social bond, 445 million in support for the electric vehicle, 630 for the development of renewable energies, 555 for renewable hydrogen and 435 to do more efficient administration buildings.