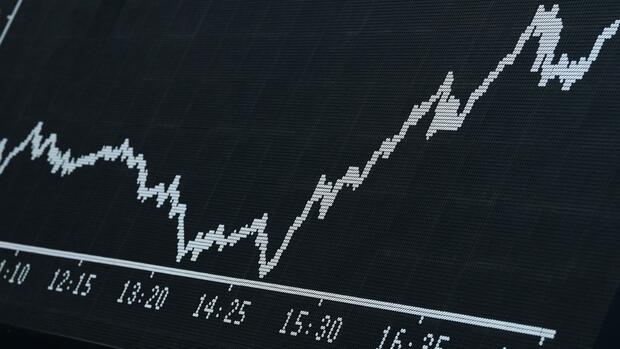 Before the last day of trading in November, equity investors can already draw a positive conclusion: with an increase of around 15 percent, the month was extremely successful for the Dax.

Frankfurt Actually, the prospects on the stock market are still good: There is a prospect that a vaccine against the coronavirus will soon be available. There is still hope that there will be an agreement between the UK and the EU in the Brexit negotiations. And there are increasing indications that the handover to the new President Joe Biden after the US election will take place in a fairly regulated manner.

But whether all of this is enough to give the stock markets further momentum in the final weeks of the year remains to be seen. Some observers fear that a large part of the year-end rally could already have taken place this time.

Before the last day of trading in November, equity investors can already draw a positive conclusion: with an increase of around 15 percent, the month was extremely successful for the Dax. In particular, the reports on the progress in the development of a corona vaccine caused strong price gains from November 9th.

Most recently, however, the possible economic effects of the current restrictions have tended to lead to disillusionment or a sideways movement on the stock markets.

Nevertheless, the leading German index ended the past trading week with a plus of 1.5 percent on a weekly basis and closed on Friday at around 13,336 points. However, the Dax is still a good 3.3 percent away from the all-time high of 13,795 points.

The situation is different on Wall Street: It was only last Tuesday that the Dow Jones Industrial Index cracked the 30,000 mark for the first time, even if it remained below that at the end of the trading week.

On Friday, the Nasdaq Composite technology index reached a new record high at 12,236 points – although trading on “Black Friday”, which traditionally heralds the Christmas business and when many market participants are free, was generally quiet.

Recently, the nominations of the first cabinet members by the designated US President Biden were well received on the financial markets. Among other things, the former Fed chief Janet Yellen is to become the first US Treasury Secretary.

The current Fed chairman, Jerome Powell, will answer questions from the US Congress on Tuesday. Investors hope that the hearing, which takes place every six months, will provide new information on future monetary policy.

Brexit negotiations will take place again this weekend. According to Edgar Walk, chief economist at Metzler Asset Management, these are in a crucial phase: “An agreement must be reached within the next two weeks in order to avoid a ‘no-deal Brexit’.”

In the past few days, those involved had repeatedly expressed the hope that an agreement would be possible by Tuesday. “We currently see the chances of this at around 60 percent,” said Walk.

Economic data at a glance

In addition, investors are interested in the upcoming economic data in the new week. Particular attention should be paid to the US labor market report on Friday. “In the US, employment will continue to rise, but much more slowly,” predicts Commerzbank economist Christoph Balz.

The third wave of infections is now running, and because of the contact restrictions imposed as a result, employment in November is likely to have increased less than before. The figures from the private employment agency ADP will come on Wednesday.

The vaccine manufacturers should also remain in focus. For example, the British-Swedish pharmaceutical company Astra-Zeneca is planning additional studies on its vaccine after doubts about its effectiveness had previously arisen. Investors are therefore currently relying more on the pharmaceutical companies Moderna as well as Pfizer and its Mainz partner Biontech.

From the point of view of DZ Bank analyst Michael Bissinger, a vaccine would be a “game changer”. In general, this should be followed by a good year for stocks, in which “latecomers and corona losers will benefit,” he writes in a study.

On Thursday after the close of trading, the index review of Deutsche Börse is also due. Changes are expected in both the MDax and the SDax. Siemens Energy’s share, which has been listed on the stock exchange since September, is likely to be a candidate for the MDax.

The news agency Reuters refers to calculations by Commerzbank, according to which the financial services provider Grenke or Aareal Bank are considered the possible relegators.

There could be several changes in the SDax. The candidates who could leave the index include Tele Columbus, Leoni, W&W, DMG Mori, Secunet Security and Dr. Hoenle.

Flatex, Hensoldt, Home24, Verbio and Westwing can obviously hope for a place in the small value index. The changes will then take effect on December 18th.

More: The Dax 40 is coming – What that means for investors and companies