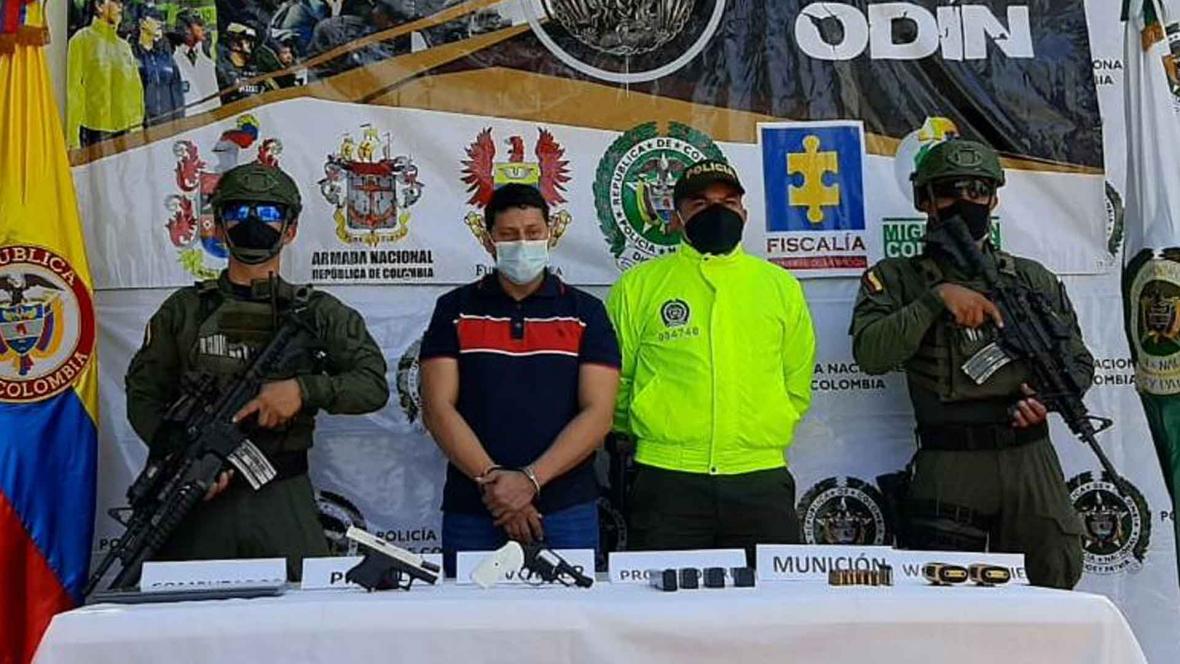 Norberto Quiroga Poveda, alias 5-5, chief of ‘los Pachenca’, had three bodyguards and an armored truck assigned by the National Protection Unit, but why?

Well, when applying to Justice and Peace as a member of the Tayrona Bloc of the United Self-Defense Forces of Colombia, the State had to guarantee his safety and after carrying out the necessary studies, he was assigned that scheme taking into account his collaboration with the justice system.

The president of the National Association of Security Workers, Analtraseg, denounced that despite the fact that the State knew of the criminal actions of this subject, it protected him. “Three armed men, with bulletproof vests, an armored state van. What this man was doing was committing a crime in that area, he had assumed command of a criminal organization with State protection, ”said the union member.

However, police intelligence sources told EL HERALDO that removing this scheme when discovering that he was one of the leaders of ‘the Pachenca’ meant putting him on alert of the investigation that had been silently being carried out for months and perhaps even it could have escaped.

“It is an investigation that took a long time and should be protected at all costs, so a movement such as the suspension of the security scheme most likely would have affected the entire process, because alias 5-5 would have begun to suspect, to feel uncomfortable, ”said the source, who added that the State provided him with security when he needed it and that now that he is in the hands of the authorities, it will prosecute him like any other citizen.

“It is not that the UNP or the Police were pandering to this man’s criminal activity, nor was it missing. Only you had to move letters to be able to capture it and that’s how it was done ”, explained the source.

EL HERALDO first reported the capture of Norberto Quiroga Poveda on September 8 in a house in the Campo Alegre neighborhood, in Barranquilla, and that same day we published that the man was protected by UNP bodyguards.

Norberto Quiroga, in the 2000s, became the right hand of the today extradited paramilitary Hernán Giraldo Serna, being the second in command of the Resistance Tayrona bloc of the AUC.

At the age of 42, his criminal activity would have started him at age 18 when he joined the ranks of the Self-Defense Forces, in the Sierra Nevada de Santa Marta.

He would have confessed about 200 criminal acts.

A United States court requested him in extradition, linking him to drug trafficking activities. However, he was not sent to the northern country after nothing concrete was shown to him.

He was linked to the dispossession of land from coffee growers, relating it to the taking of five large farms in the Sierra Nevada de Santa Marta.