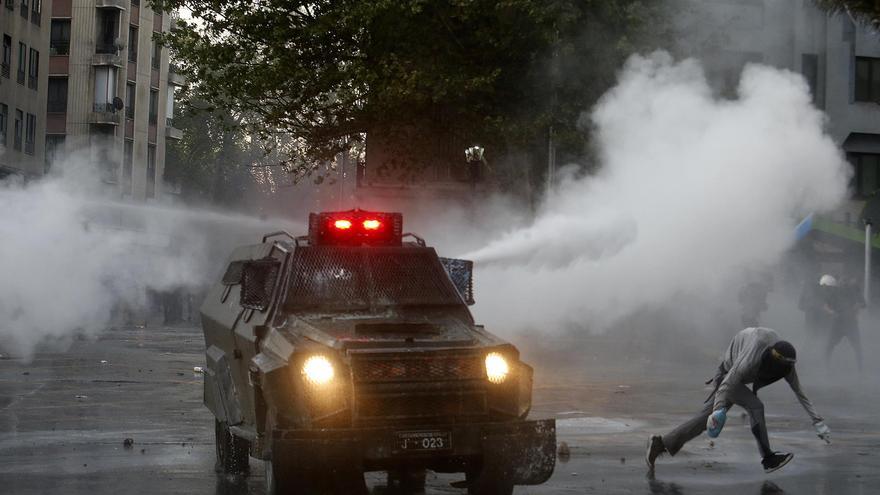 Everything happens in a dizzying way in Chile since its entry into the 21st century. In 2005, the Catholic Church he opposed public campaigns in favor of condom use. On Wednesday afternoon, the Senate approved the bill that legalizes equal marriage. In a week the Chamber of Deputies is expected to make it law. In 2006, secondary students they took to the streets to demand new rights and upset the false tranquility of the democratic transition. One of those guys can be president in March 2022. “Do not be afraid of youth to change this country, because we also have the experience of those who fought before us, “he said. Gabriel Boric, after sweeping the left primaries. Boric is 35 years old and defeated by 30 points of difference to the communist Daniel Jadue, 19 years older.

The presidential election will be held on November 19. Boric has already practically guaranteed the pass to the second round, on December 19. If the polls do not err, it will compete with Sebastian Sichel, a right-wing independent from 43 years which, against all odds, beat Joaquín Lavín, 67 years old, in the conservative space primaries. Never before had a candidate of that age cherished the possibility of reaching the Palace of the Currency. The exception to that rule was Marco Enriquez-Ominami, who, in the 2009 elections and at the age of 36, had a good performance in that contest that was not enough to participate in the ballot.

“Youth” is the word that accounts for the transformations that the septuagenarian Sebastian Piñera he did not warn at the beginning of his second government. I thought Chile was a “oasis”, an exceptionality in the Latin American whirlwind. He did not see the crowd of people under 30 coming to the streets with the social outbreak of November 2018. Hence the perplexity of the first lady, Cecilia Morel, who did not hesitate to describe them as “aliens“. The Constituent Assembly that will eradicate the neoliberal matrix of the Magna Carta is the daughter of that political and cultural protest. The average age of those in charge of drafting the new fundamental text is 44 years. The cases of Boric and Sichel have worked as luck. from symbolic extreme unction of two political generations: the one that had its predominance in the immediate post-dictatorship and that of its surest replacement. The grandchildren clashed with the grandparents, stepping over their parents.

In 1826, a few years after independence, Manuel Blanco Encalada served as the main executive authority of the nascent Chile at the age of 36. Since Gabriel González Videla, who began his mandate at age 48, and in 1946, no head of state has been less than 50 years old. Piñera won the 2017 elections at the age of 67 and considered himself in his second youth. His rival, Alejandro Guillier, was then 64 years old.

For the academic Cristóbal Bellolio, the novelty that Boric and Sichel bring also has to do with the dissolution of the disputes of the eighties that revolved around the polarity between democracy and authoritarianism that allowed the defeat of the general Augusto Pinochet. The new litters stopped being guided by this dilemma as the institutions stabilized. They emerged over the years new subjects and new problems. Part of the students educated under the Governments of Ricardo Lagos and Michel Bachelet they went from sectoral street mobilizations to active politics. Boric was one of them. He was first part of the Broad Front, the most obvious symptom in 2017 of the generational break. The children of many politicized parents left their homes. From that moment on, the electoral participation of young people grew by 21%.

The changes even affect the ideological sectors more inclined to the right. During decades, Hermógenes Pérez de Arce he was the most recalcitrant spokesman for conservatism. That place is now occupied by youtuber and essayist Axel Kaiser. Author of The neo inquisitionHe also has 200,000 followers on twitter. He has just raised a cry for Néstle’s decision to change the name of his popular chocolate-dipped cookie “Negrita” to “Chokita” to avoid “racist” associations. The multinational wants to add to the cultural diversity, but Kaiser sees there a symptom of “idiotization” that comes from the hand of the new youth appetites.