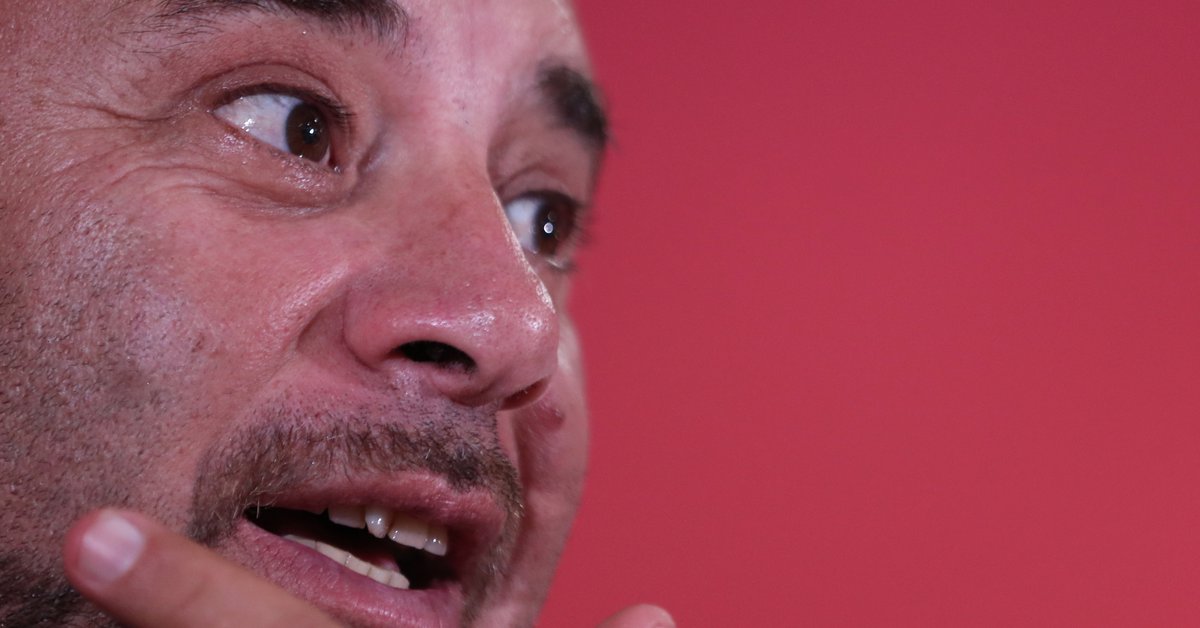 The “Turk” Antonio Mohamed spoke about his experience in Mexico and about the day he went to play on the farm of some drug traffickers (Video: Twitter / @ ESPNFShow)

One of the most extravagant characters that Mexican soccer has had throughout its history is Antonio the “Turk” Mohamed, the former Argentine midfielder who shone in the golden generation of Bulls Neza and that he gained multiple followers for his peculiar style of playing and dressing.

Despite the fact that he is currently one of the most serious and successful coaches in the MX League, with three league titles saved in his trophy room, the past is always present in his image and in ESPN F Show from Argentina were in charge of remembering him so that he would talk about multiple anecdotes from his time as a player.

Among the stories that came out during the program, his anecdotes with Diego Maradona, his hard personal beginnings that he classified as humble and, of course, about his passage through Nezahualcóyotl City between 1993 and 1998, stage in which he formed a period team together with Miguel Herrera, Guillermo Vazquez Y Rodrigo the “Pony” Ruíz, among several more.

The one that resonated the most in Mexican territory was when he spoke about his particular period in Mexico, because after mentioning words of affection towards the tricolor country and affirming that he has Aztec nationality, the host of the program, Alejandro Fantino, He intruded on one of the most common topics when referring to Mexico from abroad.

“Didn’t any spicy ever appear?”, He mentioned Fantino referring to drug traffickers, since previously he put on the table an anecdote that the Mexican presenter, Facundo Gomez, had told about an interview he had to carry out in the middle of the mafia.

“Yes, we had to go to play a game near Querétaro at a house”, Said Mohamed before specifying how that adventure was in the nineties.

Antonio Mohamed was the star of Toros Neza and Monterrey as a player, in addition to being league champion as a coach in Tijuana, América and Rayados (Photo: EFE / EPA / ALI HAIDER)

“We had to go and play against the team they had”Said the former coach of Striped to the amazement of the panelists and subsequent laughter. “There was already a contact in between but we didn’t know who they really were. Then you find out a couple of years because a photo appears somewhere”.

The “Turk” did not reveal the name of the figure in front of him, because when they questioned him about who he had been, he referred to affirming that he was an important person but that he was never arrested.

Between laughter of Mohamed Due to the reaction of the commentators, he proceeded to tell how that day was, how they got to the place and even what they ate, although at no time did he mention who were those who accompanied him, since in Mexico he passed through other clubs such as Monterrey, Marte, Irapuato , Atlante, Celaya and Zacatepec.

Antonio Mohamed played with Toros Neza between 1993 and 1998, a team with which he shone from Independiente de Avellaneda, in Argentina (Photo: Twitter @ PaseDeGooooool)

“The richest thing of all is that they made a sucker in the coffin, you don’t know how it tastes. They did about 10 of those and it was the best, ”Antonio replied when asked for more details about that afternoon. “They are farms and there was no one armed”.

Regarding the result of the match, they asked him directly by how many goals they had lost, to which he replied: “No I don’t remember but we lostIn a mocking tone. “Then they mixed us (the players) and we had fun for a while. We weren’t scared or anything. We had a good time and we left at 5:00 pm ”, he said.

Faced with the intrigue and constant questions of Fantino, the “Turkish” Mohamed He concluded: “We did not know the house, we arrived in Querétaro and then they took us in trucks, without covering our eyes or anything.”

The heartbreaking story of the Turk Mohamed and his coexistence with pain: the memory of the tragic accident in which his son died
Toros Neza: when the “Turco” Mohamed, Arangio and Memo Vázquez appeared on a tv program
Toros Neza, the masked team that painted a gray city in colors and defeated Parma de Buffon