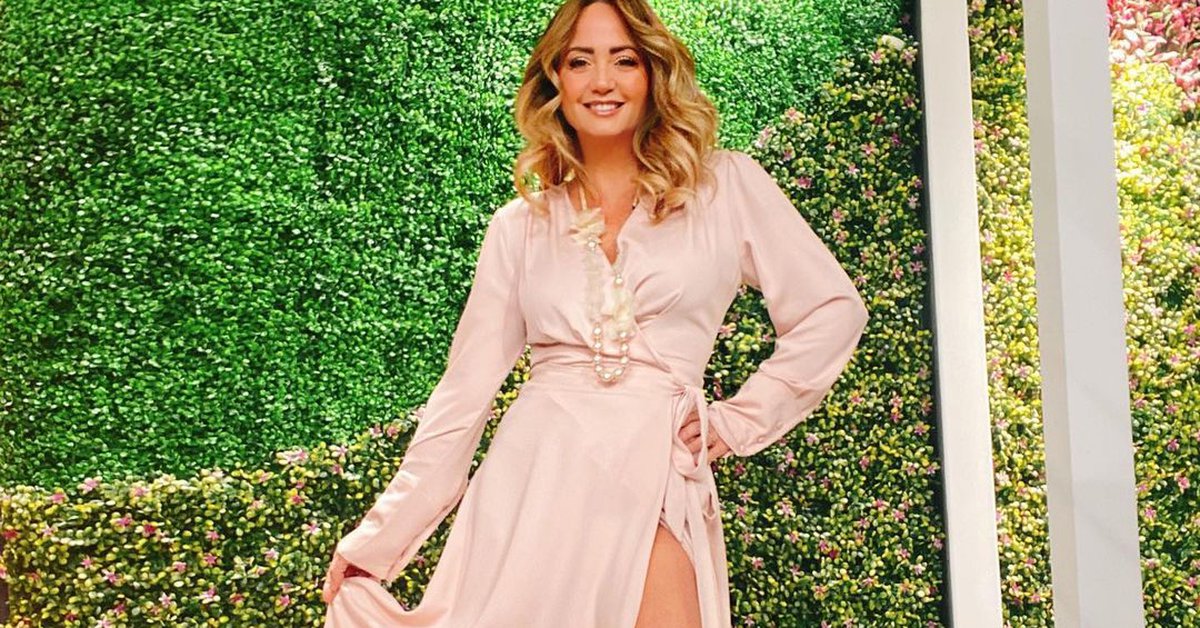 Andrea Legarreta and Erik Rubín They have been married for many years and have already started a family, however, they have been involved in the rumors around their relationship that has haunted them for a long time, this time, the host revealed some aspects of her intimate life.

It was on the show Today, where the presenters began to talk about Juan Soler, who recently decided to resume a romantic relationship with his first girlfriend. Given this, Juan José Origel could not wait any longer, so he asked Legarreta and Galilea Montijo if some of them would return with a former partner.

“No”, Andrea Legarreta answered bluntly and continued: “the good thing is that Erik was my only boyfriend and the first in my life, I married a virgin”, He remarked.

At this statement, Galilea Montijo burst into laughter because she did not believe her friend what she had just said and added: “The Legarret still believes in the Holy Kingsa”.

However, Pepillo defended Andrea and He delved into the fact that he did believe what he had confessed. To which Legarreta sentenced with a smile on his face: “Yes it is true.”

After this moment, Galilea and Arath de la Torre decided to get up from the table where they were commenting on the note and the program continued as normal.

Although Erik and Legarreta have been married for 21 years and are considered one of the most stable couples in the middle of show business, the driver of Today has come to mention several times that not everything has been honey on flakes.

Just in May 2021, the spouses went to the Montse & Joe program and confessed that during the years they have been together they have had high times, but also very low ones.

“We don’t hate each other as such, there are just stages where you can’t stand it the same or he does things, then he breathes and “I did not like how he breathed”, there are stages … 21 years of life together, “said Legarreta for the program broadcast by Univision.

For its part, Erik Rubín said that “love evolves” And in this sense, the morning driver said that sometimes a limit is reached, regardless of the type of relationship that is discussed, and it is generally exploited.

Legarreta has been married to Erik Rubín for more than 20 years (Photo: Andrea Legarreta / Instagram)

“We have reached that limit of” what’s up, now better up to here or what? “, But we always end up realizing that we love each other and then like I don’t see my life after him. Even I tell him, if we really separate, I swear that I’m not going to have a boyfriend, because poor thing, ”Andrea exclaimed.

The couple agreed that having a relationship in front of constant camera exposure is complicated, but that they are getting used to it and they give each other freedom because they know how the environment works.

Some time after that interview, the former Timbiriche singer was involved in a strong scandal after being caught at a party with a young woman identified as an influencer; However, the great absence of the driver called attention Andrea Legarreta.

The publication unleashed polarized reactions among network users: “Andrea is going to say ‘I was recording a video, do not be ill-considered’ “, “Andrea has passed several cheating scandals to this one and I think it is because of the fear of being told that he failed”Were some of the comments.

They captured Erik Rubín dancing with a famous influencer and without Andrea Legarreta in sight
“It doesn’t scare me”: Erik Rubín opened up about opening his account at OnlyFans
What Mía Rubín said about an alleged rivalry with Lucerito Mijares and Ángela Aguilar