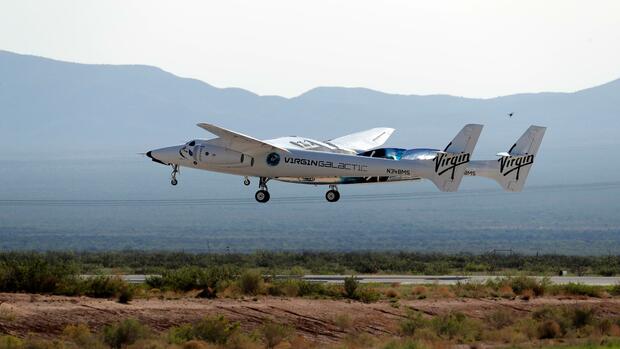 Washington The US aviation authority FAA has given Virgin Galactic a launch ban for the spaceplane “SpaceShipTwo”. First of all, an incident during the flight on July 11 had to be investigated. The New Yorker magazine reported that the spaceplane had flown outside the prescribed airspace for one minute and 41 seconds. In this situation, the safest option would have been to abort the mission, reports the magazine, and the pilots had attempted a course correction instead.

During the mission, the British billionaire Richard Branson flew to the edge of space and then landed on the Virgin-Galactic Spaceport America in the desert of the US state New Mexico. Virgin Galactic rejected the New Yorker’s portrayal as “misleading,” claiming that the machine never posed a threat to the public.

Virgin Galactic shares were seven percent in the red. At the end of September or beginning of October, the company had planned another test flight. The paying passengers business should start in early 2022.