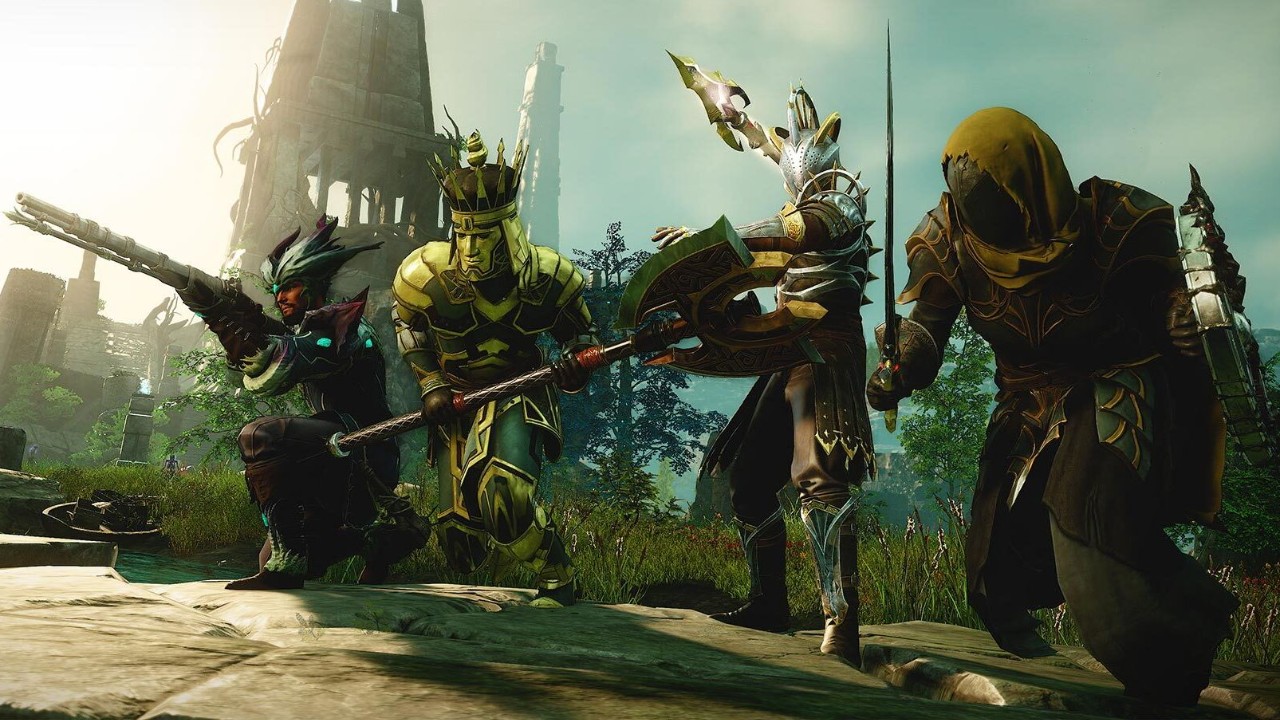 With the MMORPG “New World” (Chinese translation:AmericaNew World) When it was first launched, it received positive and negative reviews, which caused Steam to appear to be mixed. However, after two weeks, the reviews have now rebounded to a state of mostly praise. The number of players in the game once exceeded 900,000, making Steam the most popular. One of the games.

according to Steamcharts, “New World” reached 913,027 at its peak last week, and it has also caused queues for most servers. Amazon Games Studio has also become a playerSchedule server role transfer, After all, this is a game with PvP national warfare as its selling point.

[#NWSTATUS UPDATE] We will be holding downtime on 10/13 at 3 AM PT [6 AM ET]. The estimated downtime is approximately 5 hours.

Thank you for your patience and understanding!

Since “New World” does not currently have an Asian server, and the game itself does not support Chinese, players in the Chinese circle are still a little unfamiliar with this game. However, many aspects of this game incorporate many elements of past MMORPG works. Those who are interested Refer to the previous pre-evaluation of the editorial department.

Basically, “New World” is a free and open world MMORPG that can collect any resources by oneself, can repair by any profession, make any items by oneself, and can be proficient in 12 kinds of weapons. Just because a player can practice life skills and weapons without restrictions on a character, it is natural to be more agricultural in the upgrade process.

However, it is precisely because you will upgrade everything you practice, weapon specialization will upgrade, fishing will also upgrade, solving tasks will also increase the reputation level of the territory and obtain the BUFF bonus (gathering acceleration or tax reduction) in the area. Everything is designed to allow players to devote themselves to the cultivation of the territory and prepare for future PvP camp battles.

It’s worth mentioning that the game’s weapon combat system performs very well, and the sense of strike and physical collision are very delicious. Players can not only block or dodge attacks from monsters, but can even use crouching, lie down, and dodge. Roll this type of action to avoid enemy attacks.

Yes, this game can get on the ground, but at first I really didn’t know it was used for nothing, nor was it playing World War II or shooting games. I didn’t realize it until I saw someone hiding from the coffin bearer like this.

At the same time, there are no specific skills in the game. All attack skills are all directional. You have to stab accurately to hit the enemy. If you stab the head, there will be an extra headshot bonus. The gameplay of some weapons is even very similar to the rhythm of “Dark Soul” or “Sekiro”, and you need to master the enemy’s attack to be able to attack.

Bows and arrows or muskets are no exception. The monster module Hitbox in this game is real. If you are inaccurate, even a small distance will not cause damage. (But there is also a delay problem.)

Of course, “New World” also has some inexplicable shortcomings.

For example, there is no mount to move, or the character cannot swim (only walking in the water), only humans have no other races (no gender when creating a corner, only the body), and messy task lines or more boring tasks The plot, which is very unaccustomed to players who are used to other guided system MMOs.

If you don’t like PvP (or are too Lag to play), there are also dungeons in the game that you can use to buy equipment, run your own characters to collect life, and then save money to rent a cabin, furnish and decorate your own room (attributes can be improved), It is also a kind of MMO Lohas gameplay.

In any case, if you see a friend’s Steam game displaying “New World”, he is either logging or on his way to logging. The wood needed for this game may be far more than “Valheim”.

“New World” was launched on the Steam platform on September 28. The current price is 999 yuan. There is no Asian server and Chinese subtitles are not supported. However, the Ping value on the US West server can be up to 150. It can be connected via VPN. Maybe it can be improved.