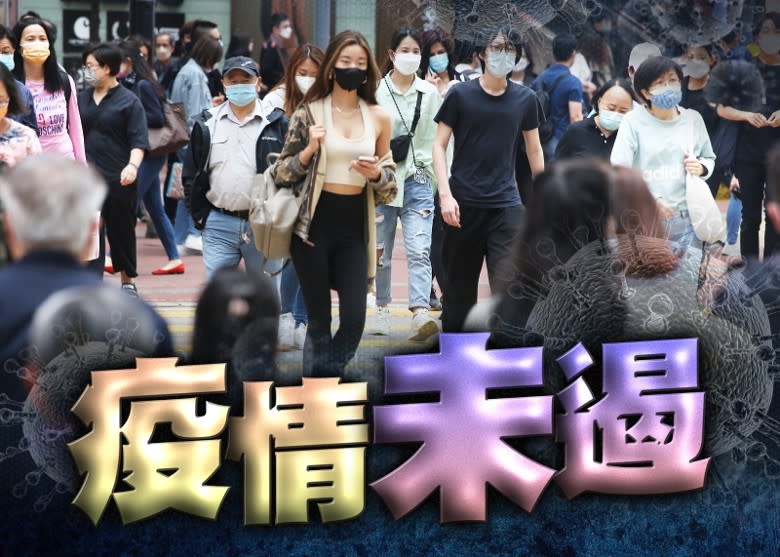 [on.cc Eastnet News]The new crown pneumonia epidemic continues, the Chief Doctor of the Infectious Diseases Division of the Centre for Health Protection of the Department of Health, Au Jiarong, announced that there were 291 new confirmed cases in Hong Kong today (19th), of which 38 were imported cases, and the fifth There have been about 1.197 million cases of the outbreak so far. The 27-year-old woman was infected with the BA.4 variant and has received 3 injections. A total of 9 related cases have been reported, all of which are imported. Another 11 cases of BA.2.12.1, involving 5 males and 6 females, aged between 19 and 67, arrived in Hong Kong on May 9 and 15, of which 5 were imported from the United States, bringing a total of 32 BA cases in Hong Kong .2.12.1 Cases. In terms of death toll, 1 new death was reported, bringing a total of 9,153 deaths in the fifth wave so far. In addition, Tan Tsai’s third brother’s rice noodles in Sheung Wan exploded in a cluster of infections, involving 3 men and 2 women. In addition, the Hospital Authority stated that the emergency departments of Queen Elizabeth Hospital, Tin Shui Wai Hospital and North Lantau Hospital will resume normal services one after another from tomorrow (20th).

In addition, the Centre for Health Protection said in the evening that, according to the results of whole genome sequencing analysis conducted by the Public Health Laboratory Services Division of the Department of Health, in addition to confirming the aforementioned BA.4 cases, 10 imported cases were found to carry the variant virus strain BA.2.12. 1 subfamily. The cases involved 5 males and 5 females, aged between 19 and 67, who arrived in Hong Kong from the United States, the United Kingdom, Canada and Qatar from the 9th to the 15th of this month. 9 cases were detected by tests on arrival, and the remaining one was found in designated cases. Quarantine hotels were detected during compulsory quarantine. So far, Hong Kong has recorded 9 imported cases of BA.4 sub-lineage and 35 imported cases of BA.2.12.1 sub-lineage, and no cases of the above-mentioned sub-lineage have been found in the local community so far.