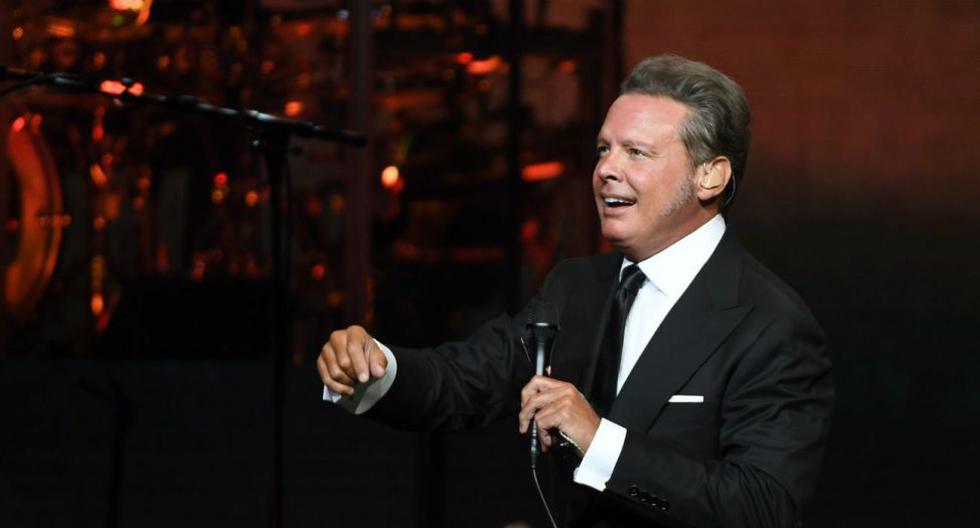 The singer Luis Miguel Who is also known as “The Sun” of Mexico and recognized for being one of the men considered the most coveted gallants in the artistic environment, he has also had some love disappointments throughout his life.

MORE INFORMATION: How was it that Luis Miguel managed to save his career thanks to Miguel Alemán Magnani

Luis Miguel He is one of the most successful artists in history and has had more than 120 musical awards. On Latin America He has managed to establish himself as one of the greatest artists of all time, which has also served to be chosen as one of the favorite sons of Mexico.

WHO WERE THE ACTRESSES AND FAMOUS PEOPLE WHO REJECTED THE “SOL DE MÉXICO”?

Although the artist has had different partners over the years, he did not always do well on the love side. He also went through a stage where he was rejected by actresses and celebrities who are currently very well known.

The actress Andrea Legarreta, remembered for having participated in “Hurrah for the children”, She said at the time that during a family vacation in Acapulco the artist and she met in a restaurant. It was there that the ‘Sun’ approached his table to greet his family and personally invite them out.

Gravel Although she was flattered by the invitation, she rejected it because at that time she had a 7-year relationship with someone else. She is currently the wife of Erik Rubin.

The presenter of the climate, Yanet García also caught the attention of Luis Miguel. According to various media, the singer asked ‘Burro’ Van Rankin, his friend who worked with García, for help. But Yanet declined the invitation and continued her relationship with her then boyfriend.

The singer told how she had to say no to Luis Miguel. This was when the singer got her phone number to ask her out, but Ávalos’ response was very clear from the beginning and told her that she was not interested in a relationship. In an interview she revealed that the song “I have everything except you” is dedicated to her.

The “Sol de México” also tried to conquer Luz Elena Gonzáles and asked her out, but not everything went as planned because Gonzáles was still in love with her ex-boyfriend and considered that it was not a good idea to get involved with Luis Miguel .

During Luis Miguel’s youth, there was talk of this alleged relationship he would have had with Méndez, who is also fifteen years older than him. Lucía chose to end the relationship because she had a successful career that prevented her from continuing with the “Sun of Mexico.”

The singer Patricia Manterola is also one of the women who rejected the “Sol de México”. She maintained that the only relationship she had with Luis Miguel was one of complete friendship.

In an interview, Manterola revealed that at the beginning of his career, “El sol” met at the airport after they both arrived from a trip in private planes, and the singer’s assistant invited Manterola to his plane because Luis Miguel wanted to greet her.

But Manterola was never attracted to the singer despite the fact that at that time she was estranged from her boyfriend. Therefore, he only agreed to greet him on his plane but then nothing else happened.