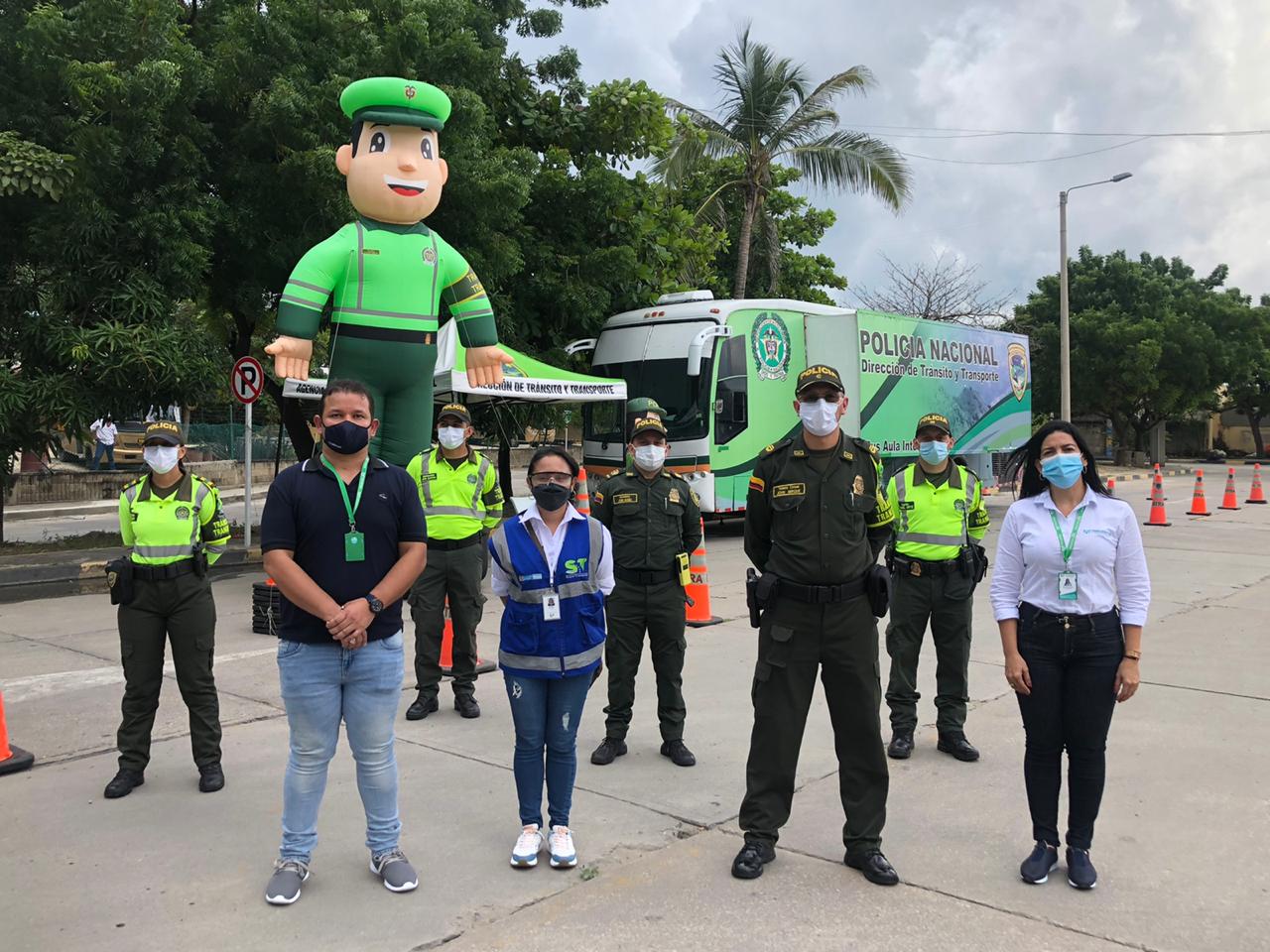 The authorities activated a mobilization plan on roads, land and air terminals facing the beginning of the week of school recess, which despite the pandemic It will take place from October 5 to 11.

Colonel Jhon Mirque, Sectional Chief of Barranquilla Transit and Transportation, and Liliana Rosales Domínguez, operational assistant manager of the Transport terminalThey offered details of how this operation was carried out.

Mirque recommended to passengers not to use illegal transport since controls are carried out in authorized terminals that seek to guarantee the safety of users.

“We ensure that biosecurity controls are met and that drivers leave the terminal in a normal state of mind, in addition to the technical inspection of the vehicle and all the pertinent documentation, ”said the section chief.

For his part, Rosales Domínguez thanked the support offered by the Police to guarantee the safety of travelers.

further, It is planned that for the week of October 5 to 11 they will depart from the airports of Bogotá, Rionegro, Cartagena, Cali, Barranquilla and Armenia passengers bound for the United States.

In the rest the country

Meanwhile, the Minister of Transport, Angela María Orozco, explained the measures to be applied on the country’s roads in order to reactivate tourism with the week of recess in this month of October.

“We have a whole program in 14 safe points, in the main road corridors, to verify mechanical conditions and self-care recommendations and protocols to prevent the spread of Covid “Orozco said.

In each of these 14 points the users will have access to the technical-mechanical review, to evaluate the safety conditions of the means of transport and “recommendations on road safety,” said the minister.

The head of the transport portfolio added that It is estimated that 110 thousand passengers will be mobilized during the week off in air operations with 88 active domestic routes in 42 airports in the country.

The Minister of Transport added that From September 1 to 30, in phase I and II of the air reactivation, about 328 thousand passengers were mobilized on 3,800 flights.

“We are installing the PMU where what is coming is a comprehensive strategy for all traffic and transportation, we are deploying an articulation throughout the country that allows us to take care of the people who are mobilized during this week of recess,” said Minister Orozco.

He National government activated the mobilization plan for the week of recess that will run until October 12. It is expected that more than 9.9 million vehicles will be mobilized on the country’s roads.

For the ground operation, 35,000 uniformed members of the National Police will guard the main road corridors in which all this mobilization of vehicles is expected.

The Vice Minister of Transport, Carmen Ligia Valderrama, asked Colombians to mobilize through the transport terminals during the week of recess that they follow the biosafety protocols approved by the Ministry of Health.

For his part, the Superintendent of Transportation, Camilo Pabón Almanza, stated that “The Supertransporte will sensitize users in the waiting rooms of the terminals, as well as inside the vehicles that are close to leaving ”.

The road and transport authorities in the country called on Colombians to avoid crowds and follow the self-care recommendations and biosafety protocols during the week of school recess.