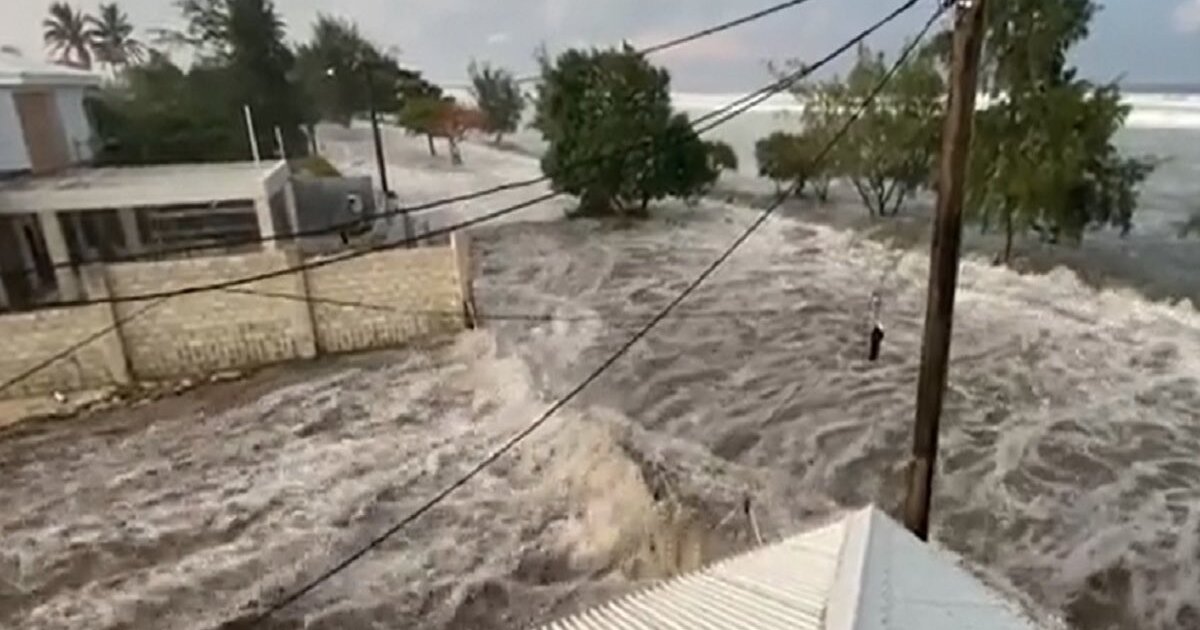 A new “major” volcanic eruption has been detected in Tonga, a Darwin, Australia-based monitoring station reported. three days after another eruption that caused tsunami waves in the Pacific.

The last eruption was detected at 10:10 on Sunday, January 16, according to an alert from the Darwin Volcanic Ash Advisory Center. The Pacific Tsunami Warning Center said it detected big waves in the area and that “they could be from another Tonga volcano explosion.”

This Saturday, January 15, Tonga suffered “significant damage” after the tsunami caused the day before by a volcanic eruption, said this Sunday, January 16, the Prime Minister of New Zealand, Jacinda Ardern, although there is still no information on victims.

Communication links with Tonga, an archipelago of more than 170 islands and some 105,000 people in the South Pacific, are limited because the tsunami damaged cables. submarine communication and caused power outages, said the New Zealand president, who has collected information from officials of her country in Tonga.

The official portals and social media profiles of government departments have not updated the situation for more than 24 hours, when, according to the Netblocks observatory, the connection was completely cut off to Internet.

Since the violent eruption of the Hunga Tonga Hunga Ha’apai underwater volcano, which lasted about eight minutes and could be seen from space, recorded around 5:20 p.m. local time on Saturday, January 15, news from Tonga is scant.

The giant waves hit the north coast of the Tongan island of Tongatapu with ferocity in a matter of minutes, whose maximum elevation does not reach 30 meters above sea level.

The Australian Meteorological Service said that “waves of about 1.2 meters” hit Nuku’alofa, the capital of Tonga., with 24,500 inhabitants, about 65 kilometers south of the volcano.

Pandemic or endemic?: after the omicron explosion, Europe turns and begins to change the approach to the virus

This should be done by families infected with COVID-19, according to specialist Julio Castro