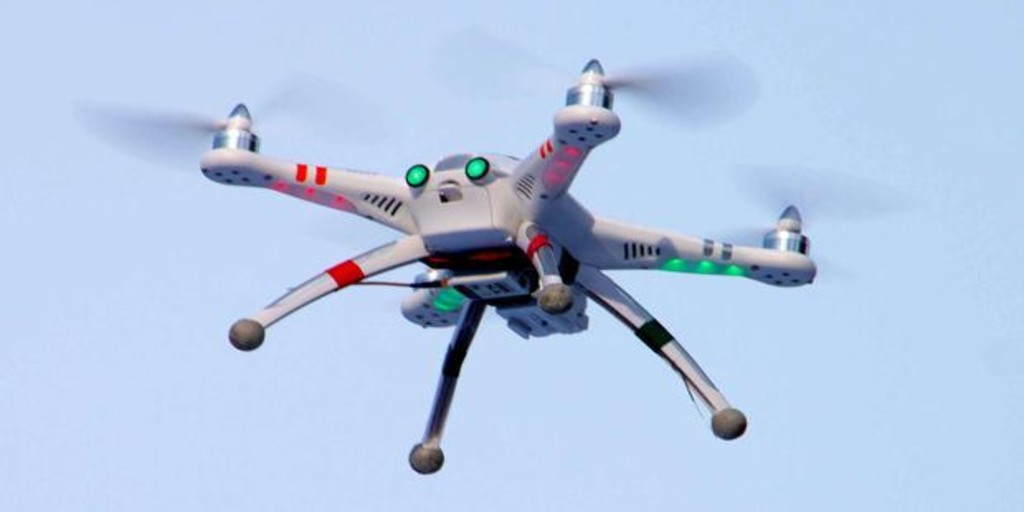 More and more people have drones, whether for recreational or professional use, but few know the rules for piloting this aerial vehicle and even the fines they can face if they do not comply with the laws.

In 2017, Royal Decree 1036/2017 entered into force, the legislation that regulates the use of aircraft piloted by remote control (drones) to establish the scenarios and requirements in which they may be piloted.

The air navigation provider in Spain, Enaire, announced on Monday the stoppage of flights at the Adolfo Suarez Madrid-Barajas airport in the presence of a particular drone in the airspace.

This activity is considered a serious infraction and can lead to penalties of up to 90,000 euros, as indicated by the State Air Safety Agency (AESA).

Enaire explains on its website the basic rules for piloting drones in our country, whether for recreational or professional use. If it’s recreational purposes, you should avoid flying drones in the vicinity of an airport.

Specifically, the law allows drones to fly near airports and airfields if it is at a distance of at least 8 kilometers. Nor should drones be piloted where other low-rise flights are performed such as skydiving, balloons or paragliding.

Enaire also warns on its website that fines for improper use of drones for recreational purposes can reach 225,000 euros.

It also states that users must pilot drones in suitable weather conditions, that is, without rain, fog or wind.

If the user wishes to fly his drone at night, in addition to taking into account the weather conditions, he must also use one that does not weigh more than 2 kilos and at a height that does not exceed 50 meters.

Despite not needing to be a pilot to be able to fly drones, Enaire stresses that it must be done safely and have the drone always in sight, without exceeding 120 meters in height. In addition, if the one who flies the drone is minor, it should always be done under adult supervision.

If damage is caused by flying the drone, whoever pilots it becomes responsible. Therefore, it is advisable to have third party insurance.

For its part, in order to fly a drone for professional purposes, it is necessary to be qualified in AESA, have a drone pilot certificate and specific civil liability insurance.

To fly in controlled airspaces, you need to have a certificate that shows that the user has the necessary knowledge in communications and languages ​​used between controllers and pilots. A safety study is also required.

In addition, you cannot work with a drone without authorization on buildings and people or at night, among other things. Breaking these types of rules can lead to fines of up to 4.5 million euros, depending on the severity.

Madrid airport has not been the only one that has suffered the closure of its airspace due to a drone. London Gatwick Airport, the second largest in the United Kingdom, suspended its flights due to the presence of several drones in the vicinity of the terminal.

The closure affected about 110,000 people, who planned to take off or land on some 760 flights that were to be developed during the Christmas season. .

The Budget “is not a pedestrian”