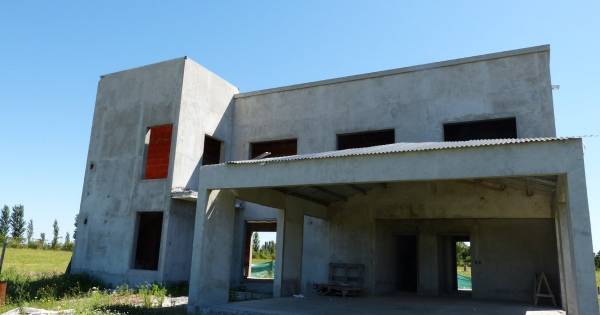 He Ministry of Territorial Development and Habitat hold the third credit draw this Wednesday Procreate in which 42,618 loans will be awarded for a total amount of more than $ 20,000 million, for home improvement, renovation, expansion and construction works.

The draw will be broadcast from 5 pm on Public TV.

On this occasion, the raffle will include, in addition to the personal lines of credit, two lines of mortgage credit for expansion and construction framed in the new Hog.Ar.

The number of registered for this opportunity is around 140 thousand and will be the third draw of credits Procreate after the relaunch of the program on August 4.

In addition, they reported that after the first two draws, credits for $ 6,000 million were approved, of which more than $ 5,200 million were awarded for investment in materials and labor that are already being executed to improve the housing conditions of Argentine families and that they set in motion the virtuous circle of construction, generating thousands of jobs.

This third Procrear 2020 draw will also contemplate a special quota for ex-combatants from Malvinas, another for people with some degree of disability and, like the previous one, have a quota for heads of households with minor children in charge.

See: Procreation in Mendoza: families in Capital received their home

In the last opportunity, more than 7 thousand women were awarded the personal credits based on the quota and for this new draw, a scope of 8 thousand credits is foreseen for heads of households with minor children in charge, of the total of 139,840 participants , stood out from the body.

Those who are awarded or successful bidders of mortgage loans, will pay the adjustment of their mortgage loans through the new Hog.Ar formula, which is based on the Salary Variation Coefficient published by the National Institute of Statistics and Censuses (Indec).

From the national portfolio they highlighted that so far 98% of the successful bidders of the Desarrollos Urbansticos line who were offered to switch from the UVA system to the HogAr system, have opted for this last type of loan, after participating in informative talks offered by the Ministry of Territorial Development and Habitat.

In the draw for this Wednesday, in addition to the new registrants, those who have passed the validations in the previous draws and have not been awarded may participate.

Simultaneously, registrations are still open for both the next draws of these four lines, as well as for Gas Improvements, Lots with Services and Urban Developments, by filling out the web form available on the official page of Procrear.

Relaunched on August 4 by President Alberto Fernndez and the Minister of Territorial Development and Habitat, Mara Eugenia Bielsa, Procrear has a total of nine lines between mortgage and personal loans that involve more than 250 thousand housing solutions.

In these months, 11 thousand Procrear homes are being completed and delivered, some already completed and others to be finished and that were not granted by the previous government, and after the relaunch of the program, another 44 thousand new homes are planned, adding a total 55 thousand units and 10 thousand lots with services, for this first stage.