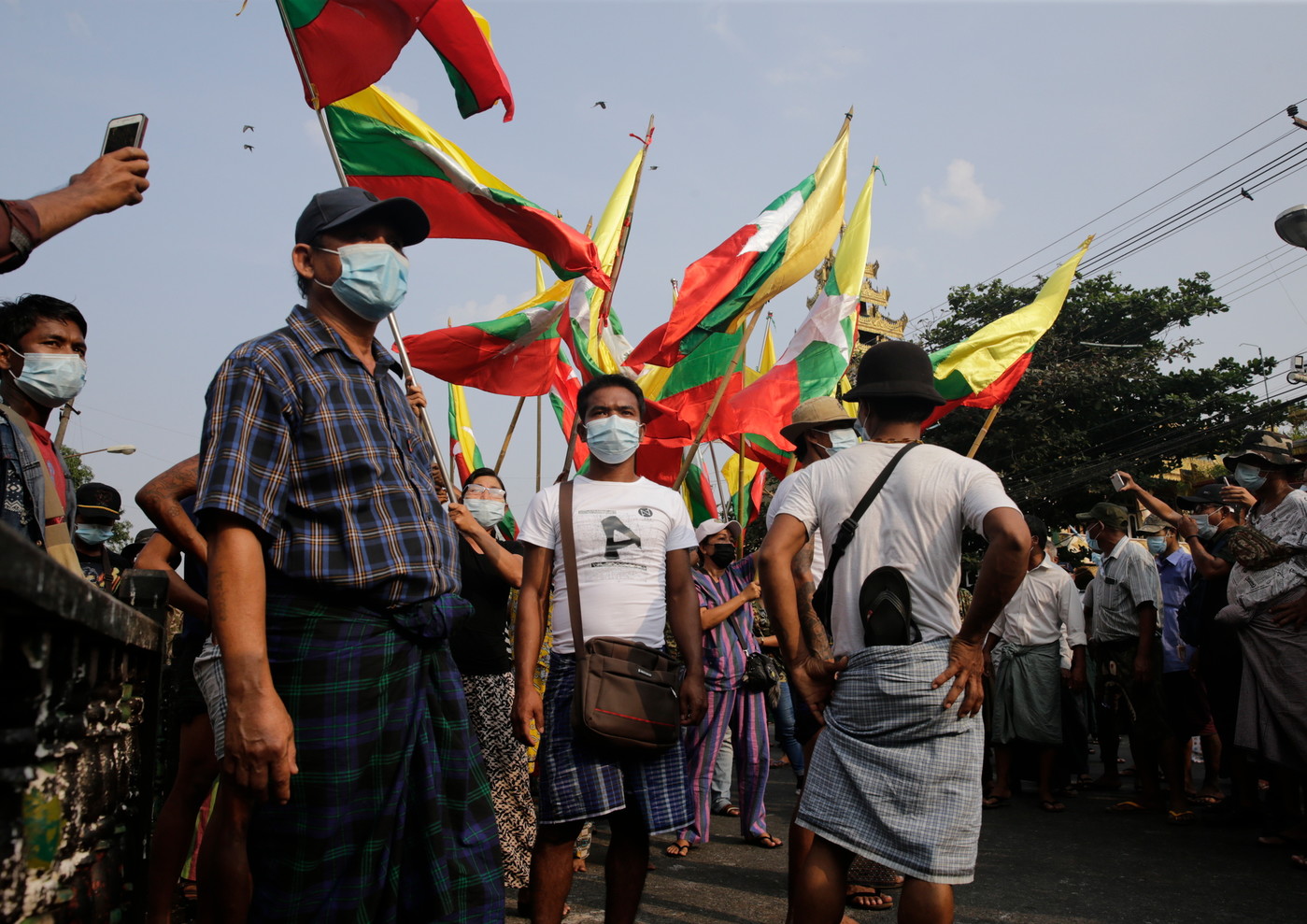 Will Burmese democracy hold out? Burma emerged just ten years ago from a military regime that had been in power for almost half a century, but the Burmese army has again threatened the civilian regime with a coup in recent days.

→ READ. In Burma, the party of Aung San Suu Kyi favorite of the legislative elections

She has been denouncing for weeks massive irregularities during the legislative elections of last November which saw a large victory for Aung San Suu Kyi’s party, the National League for Democracy (NLD) and does not rule out the possibility of a coup. ‘State. The Electoral Commission rejected these accusations of fraud Thursday, January 28, assuring that the ballot had been “free, fair and credible” and had reflected “the will of the people”.

On the spot the situation is calm

On site, in Rangoon or Mandalay, the two largest cities in the country, “The atmosphere is very calm and people go about their business without being really worried”, testifies a Burmese journalist reached by phone from Mandalay. “In the administrative capital Naypyidaw, it is a little more tense around the official buildings, he adds, but we saw the population react by raising the flags of the NLD party of Aung San Suu Kyi to show their support for the civilian regime and their opposition to any new coup by the military “.

The army claims to have identified at least 8.6 million cases of fraud during the legislative elections in November, including thousands of centenarians or minors. Under the pretext of the coronavirus pandemic (the infection and death figures are down, 139,000 cases, 3,103 deaths recorded for a population of 60 million inhabitants), the elections “Were not free nor righteous” Army spokesman Major General Zaw Min Tun assured Tuesday (January 26th).

The next day, fears of a coup were even more palpable when Army chief Gen. Min Aung Hlaing – arguably Burma’s most powerful man – said the country’s constitution could be “Revoked”.

“The severe defeat of the party affiliated to the army in November, with only 33 seats out of a total of 476 in parliament, had a catastrophic psychological effect on the generals who must have felt marginalized and sidelined by the Burmese public opinion”, analysis Aung Zarni, Burmese sociologist based in London.

Against all logic, since the new Constitution of 2008 was drafted “By and for the military”, granting them from the start 25% of the seats in Parliament and retaining the three most powerful ministries in the country, interior, defense and borders. “General Min’s reaction is totally irrational, insists Aung Zarni, and reflects the paranoia of a soldier cut off from the reality of the Burmese people ” who no longer wants the military in power.

Reaction of the international community

Feeling the rise in tension, the United States Embassy, ​​16 other ambassadors and the European Union delegation there issued a statement on Friday (January 29th) urging the military to “Adhere to democratic standards”, pending the first session of parliament on Monday February 1.

UN Secretary General Antonio Guterres follows recent developments in Burma “With great concern”, and “Urges all actors to refrain from any form of incitement or provocation”. For Zaw Myo Htun, political commentator in Mandalay, “The international community has done well to take the initiative in order to show the military that it is closely monitoring the situation in Burma, and thus dissuade them from going too far.”