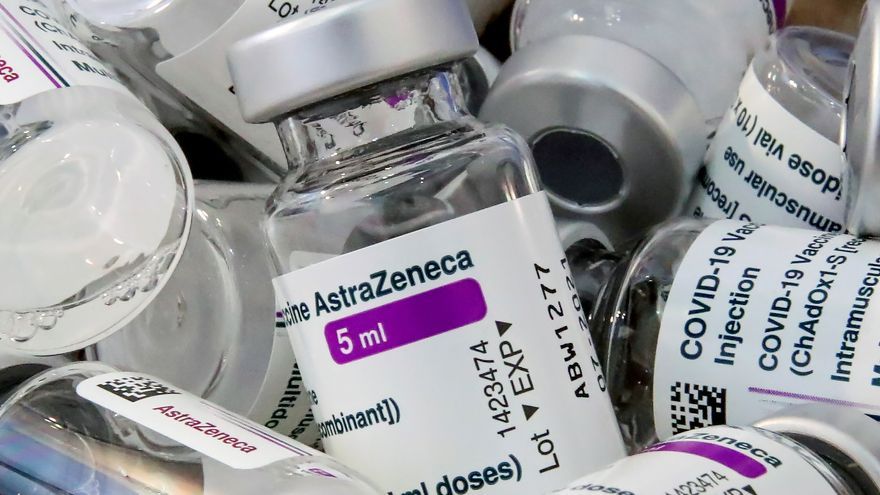 On only four months, the history of the British serum has gone from one extreme to another. Delays in deliveries, litigation with the European Commission and the phantom of thrombi have marked the course of this drug.

Vaccines have never been talked about so much. And never has a single puncture been so debated. But the covid-19 pandemic has exposed to vaccines to public scrutiny, from its investigation to the geopolitical disputes over its distribution. The AstraZeneca and Oxford formula, without going any further, is an example of this. In so only four months, the course of this vaccine has gone from one extreme to another. Spain, for example, began providing this vaccine to those under 55. A month later it paused injections while unusual cases of thrombosis were investigated. Then he resumed vaccinations, leaving this drug for people over 60.

Vaccines have never been so exposed to public scrutiny, but in pandemic it has been exposed from research to economic disputes

The key to understand this timeline, explain several experts questioned by this newspaper, is to navigate through the complex context in which conversations about vaccines take place. We no longer just talk about science. There’s also social, economic and geopolitical factors that have set the course for this vaccine. “The fight between the pharmaceutical company and the European Union has created a lot of discomfort in the institutions and this has conditioned the use of these vaccines,” he says Jose Antonio Forcada, president of the National Association of Nursing and Vaccines (ANENVAC).

The debate over the second dose is one example. “Yes both the European Medicines Agency What World Health Organization They have said that the second dose with AstraZeneca is safe, why is it still debated? There are decisions that are difficult to explain without taking into account the geopolitical factor, “adds Forcada. Spain has taken a month and ten days in making a decision about the second dose of AstraZeneca. The slowness of the process is explained, in part, because the debate goes through three different committees. The presentation of experts, the Public Health Commission and the Interterritorial Council. But be that as it may, the feeling that transcends is one of chaos. “It doesn’t make sense that the debate has dragged on until today. The decision should have been made weeks ago“, he argues Fernando Moraga Llop, vice president of the Spanish Association of Vaccination (AEV).

Both experts recall that, beyond the scientific discussions, the ‘debate’ about this vaccine may have effects on people’s confidence in this medicine. Both for the essentials waiting for the second dose and for the other citizens waiting for this vaccine. “People have been and are very worried. They do not understand what is happening. And it is very difficult to explain to them what all this chaos consists of because from my point of view the scientific criteria are clear,” he says. “We are facing a safe and effective vaccine“, zanja Moraga.

This is the timeline to understand the ups and downs of the vaccine of AstraZeneca in Spain and, above all, how we got here.

The history of this vaccine begins in early 2020 in laboratories. Even before the coronavirus became a pandemic, Oxford University researchers began the search for a vaccine against this emerging pathogen. The compound demonstrates its safety both in ‘in vitro’ tests and in early animal experiments. The first results are a resounding success.

British vaccine kicks off clinical trials process in volunteers. The first, second and third phases of the investigation follow one another rapidly in the following months. In many cases, they are even interspersed. Governments, private entities and NGOs inject millions of dollars into the project to accelerate the study. The British vaccine is postulated as one of the most promising in the world.

September 9. The vaccine race suffers the first stop. As announced by the ‘New York Times’, clinical trials are temporarily halted by “a serious adverse reaction” detected in one of the volunteers. Experts then questioned by this newspaper recall that “the fact that the tests are stopped may seem more or less surprising, but it is part of the scientific process.” The clinical study is resumed after a few days, after concluding that the detected adverse effect was not related to the antigen.

November 23, 2020. The pharmaceutical company announces the efficacy results of its vaccine; 62% with two doses and 90% with one and a half doses. This discrepancy, as revealed by various media such as’The country‘, is due to “a miscalculation“in the study process. The scientific community skeptical about the news and several experts are against applying the dose and a half since, despite its good results, it does not have solid scientific support.

December 30, 2020. The UK issues conditional authorization for the AstraZeneca vaccine, the second available in the country. The pharmaceutical company has not yet claimed the authorization of its formula in any other country in the world. The British vaccine is presented as the first and only one committed to global immunization. AstraZeneca says it will sell its product “non-profit” for the duration of the pandemic.

2021 brings curves for the British vaccine. The January 12, 2021 AstraZeneca submits the application for approval of its vaccine to the European Medicines Agency, which has been studying the case for months. Ten days later, the January 22, the company announces that it will not deliver all the doses that it had agreed to with the Twenty-seven and cuts the expected deliveries by up to 60%. Unrest pervades European countries, which relied on this formula to launch their immunization campaigns, also burdened by the slow delivery of Pfizer and Moderna.

A week later, the January 29, the vaccine gets its authorization in Europe. The Agency advises its use in people over 18 years of age, with no age limit in older bands. Experts are excited about this formula, as it is cheaper and easier to manage than its RNA counterparts. The only concern is that the trials conducted to date have focused on the population under 55 years of age. “This does not mean that the vaccine is not safe for the elderly in this age group, only more studies are needed“, emphasize the experts.

Meanwhile, that same day, an intense debate in the European Commission ended with the publication of the confidential contract for the advance purchase of vaccines, closed in August. The text, riddled with studs, highlights the lack of transparency in the negotiations.

The ‘ok’ of the European Medicines Agency allows the launch of this vaccine in Europe. Although the authorization does not set limits on its use, each country decides how and to whom to apply it. Spain chooses to allocate this vaccine to the immunization of essential groups. Yes indeed, only under 55 years old. The February 9 the first punctures are given to Spanish pharmacists, teachers, police and firefighters. The Spanish health authorities agree that the decision will be reviewed in March, when the efficacy studies of this formula arrive in larger bands.

At the end of the month, one more piece of news complicates the atmosphere. The pharmaceutical company lowers its delivery forecasts again. Only will deliver half of the committed doses. Europe reproaches AstraZeneca for breach of contract and accuses the company of prioritizing delivery to other countries.

March chains one piece of news after another about the AstraZeneca and Oxford formula. The March 2, a new clinical study shows that the British vaccine is safe and effective for those over 65, which opens the door to redefine vaccination strategies. But while the experts study the question, the present time is complicated. The March 4, shortly after the pharmaceutical company lowered its delivery estimates, Italy ‘discovers’ a batch of 30 million doses of the AstraZeneca vaccine in a factory in Rome blocking its exit.

Shortly thereafter, on March 7, Austria raised the alarm for the detection of rare cases of thrombosis among their vaccinated with this formula. Investigations are quickly opened across Europe to study what happened. Other countries detect similar cases. They are few, very few, compared to the total number of vaccinated, but the unusual nature of the thrombi is a concern. The March, 15th Spain decides to stop vaccination with AstraZeneca pending a decision by the European Medicines Agency. By this time, almost 100,000 Spaniards have received their first dose of British vaccine. The day 18, the Agency announces that, after reviewing all available safety data, “the vaccine is safe” and that “the benefits outweigh the risks.” The matter seems settled, but the fear of thrombi it already monopolizes the conversations about this vaccine.

The April 7 the European Medicines Agency announces that, following the latest data collected to date, “it is possible that there is a link between thrombosis and the vaccine.” The entity claims that these are very rare side effects and that they seem to be mainly concentrated in women under 60 years of age. The result opens the debate in the national agencies. Spain decides to deliver the British vaccine only to people over 60. Specifically, between the ages of 60 and 69.

Meanwhile, the Twenty-seven open the debate on what to do with the second doses of those already vaccinated. It seems there are only three options on the table. Give a second dose of AstraZeneca, mix vaccination with Pfizer, or miss a second dose. Several countries make a decision in the following days, but Spain pauses the debate. Health says that it will wait for the results of a clinical study on the ‘mixture’ of vaccines to know which card to play.

May begins with a geopolitical news. The May 9 The European Union announces that it will not renew its contract with AstraZeneca. “We are not going to renew orders after June,” announced the European Commissioner for the Internal Market, Thierry Breton. The news creates a lot of excitement, because although the vaccination campaign has accelerated, there is still a lack of doses to forge group immunity. Everything points to the debate will go to courtThe European Commission has also denounced the pharmaceutical company for breach of contract.

While Spain continues to discuss what to do with second doses of AstraZeneca, the Public Health Commission agrees to extend the time between doses from 12 to 16 weeks to have more time. The May 18, the clinical trial conducted by the Carlos III Health Institute suggests that administering a second dose of Pfizer is safe and effective. The ball is now in the court of Health.

But beyond the scientific question, geopolitical disputes suggest that the future of the British vaccine seems to have its days numbered in Europe. At least for now.