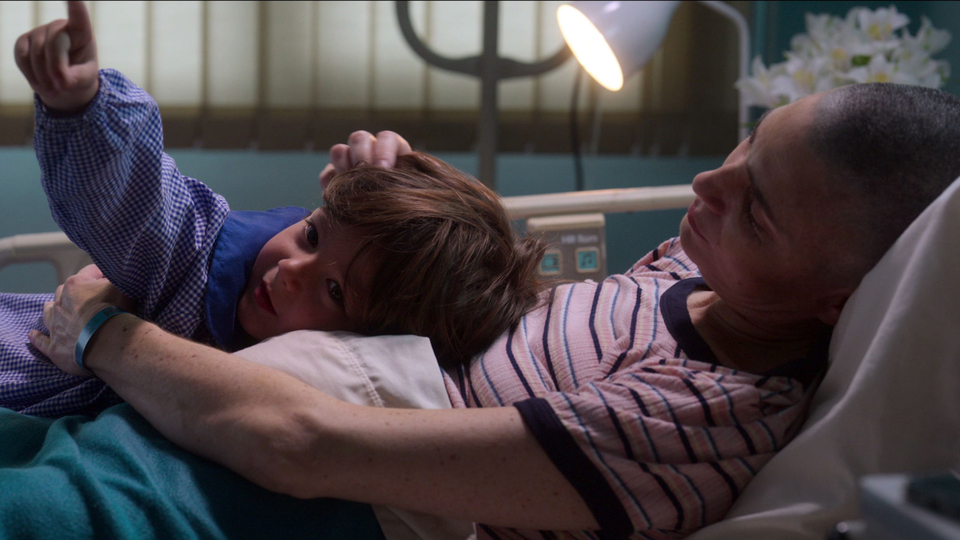 “A woman with terminal cancer writes her son a notebook full of reflections on life, death and love so that he will remember her.” The synopsis that Netflix offers of Tomy’s notebook It has plenty of elements to raise your guard and wait for a host of low blows and scenes designed with the sole purpose of drawing tears. Even more so if it is endorsed with the fearsome label “based on a true story”, in this case that of María Vázquez, who in 2015, when she was 43 years old, was diagnosed with terminal cancer, the progress of which she reported on social networks while writing the title notebook for his son, then three years old, which after his death was published as a book and became a best seller. But the forecasts are made to be broken, and Tomy’s notebook It’s not the corny melodrama you might expect. Conversely, proposes an infrequently self-pitying look at death, navigates the troubled waters of euthanasia safely, without conflict or judgment, and excludes all euphemisms typical of the imprecise jargon of “cancer dramas.”

If pronouncing cancer is scary, for the industrial wing of Argentine cinema it is little less than a forbidden word, a taboo that is named only when strictly necessary and almost always through softened synonyms. In case there is no other choice but to call him by his name, it is likely that it will be at a time of extremely high emotional intensity, one of those that is reinforced from the music and close-ups of the protagonists crying heavily. It is in this context that, even going through various common places of the dramas of the mortuary subgenre, The notebook… It stands out for the transparency of its device, the dedication to filing the most exacerbated dramatic edges, the sobriety of the performances and the naturalness with which it thematizes the disease, the agony and a death that is known to be inevitable.. Cancer is not called cancer for nothing from minute one, when an old home video illustrates the life of María (Valeria Bertuccelli) with her husband Sebastián (Esteban Lamothe) and their son, Tomy, until he entered the clinic to never go out again.

Faced with an irreversible panorama, María makes two key decisions, for her and the film: share the day-to-day life of her agony on Twitter with acidic and extremely black reflections and write her son a series of texts. The plates recreating the interface of the little bird’s network and Bertuccelli’s voice-over are not the most original ways of including these questions, although the contention and generalized restraint of the chosen fragments is appreciated. The two expressions can be thought of as complementary ways of assimilating and dealing with the progressive deterioration of the body: cynicism and humor as a shield of their digital activity within the adult world, with the consequent increase in the media reach of the case, and the attempt to transmit what untransmittable to a boy. Maria communicates with him in the same way that the film does with her audience: by being gentle but without embracing childishness, with frankness and direct terms.

But Tomy’s notebook has his problems on the surface. It is true that 80 percent of the action takes place in the room, but the staging is just as basic and elemental as that of a hospital series. The same was true for this group of friends full of familiar faces (Paola Barrientos, Mónica Antonópulos, Anita Pauls, Romina Ricchi, Catarina Spinetta, Carla Quevedo, Ana Katz) although they are indistinguishable as characters, given that they operate as a homogeneous whole from which it stands out the figure of a Malena Pichot all too aware of who she is. Outside of them, the sobriety and elegance of the cast is remarkable, from the supporting cast by Beatriz Spelzini, Mauricio Dayub and Fabián Arenillas, to Bertuccelli herself, here stripped of all the pouting that she drags from the traditional comedies that made her famous, passing through Esteban Lamothe, just like that husband overwhelmed by everything , with always teary eyes, that goes forward without knowing very well what there is.