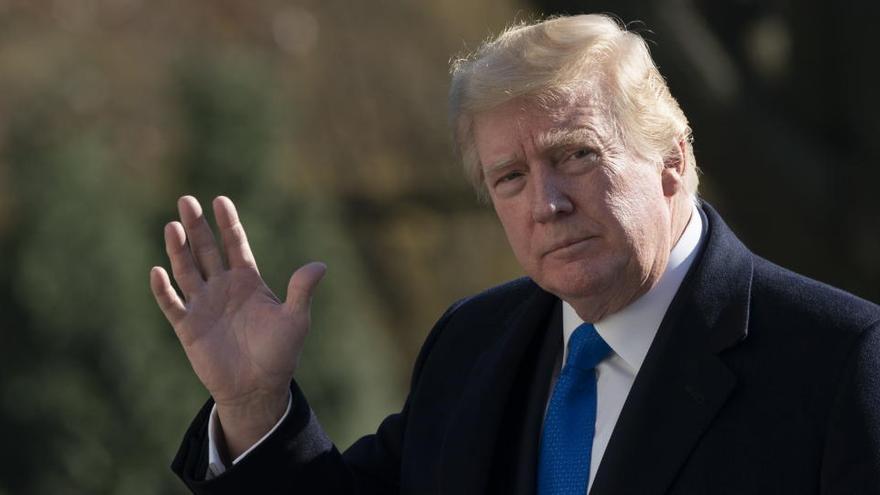 The outgoing American president, Donald Trump, stated this Sunday that will not withdraw its rejection of the victory of the president-elect, the democrat Joe Biden, by insisting on their accusations without evidence about a alleged “fraud” electoral despite the fact that the courts have dismissed the complaints of his campaign.

“My opinion won’t change in six months“Trump said in an interview on the conservative Fox television network, the first television network since the November 3 election.”There was a tremendous amount of cheating … a massive fraud“added the president.

The renewed criticism of Trump this Sunday contrasts with the decisions of the courts that have dismissed the claims of electoral “fraud” of his team in the absence of evidence.

“Saying an election is unfair does not make it so. Charges require specific indictments and then tests. We do not have either of the two things here, “Judge Stephanos Bibas, of the Philadelphia Court of Appeals, said on Friday.

Bibas, in fact, was appointed by President Trump himself to the position.

But nevertheless, Trump has recognized the difficulty of opening an appeal process to the Supreme Court of all his complaints that have already been rejected in lower instances.

“The point is that it is difficult. I have the best lawyers for it, but they tell me that it is very difficult to do something“, explained Trump in a telephone interview with Fox News, in which he was dismayed at this new obstacle in his plan to revoke the electoral results that have granted victory to the president-elect, Joe Biden.

This Thursday, Trump had indicated for the first time that he would leave office that if the electoral college votes for Democrat Joe Biden.

“I certainly will, and you know it“He told reporters questions, following a call with troops deployed abroad on Thanksgiving Day, about whether he will leave the White House if Biden is voted into the electoral college.

In the last week the results have been made official in Pennsylvania, Michigan and Georgia, three of the key states that Trump lost in the elections and that underpin the victory of the Democrat.

Y this Sunday the vote count required by the president’s campaign in Wisconsin was completed, which maintains the Biden’s victory by a 20,000-vote margin, with what is expected to be certified in the coming days.

His team, led by the former mayor of New York Rudy GiulianiYou only have until December 8 to develop your legal strategy.

On that day all states should have resolved any dispute and the governor of each territory must send the certified results to Congress.

Trump has tried to frustrate the electoral bureaucracy because, once the count of each state is confirmed, they consign the delegates that correspond to them within the Electoral College system on December 14 and transmit the result to the president of the Senate and vice president, Mike Pence, January 6th.

Once confirmed that Biden exceeds 270 electoral votes, the president-elect will inaugurate his term in a ceremony in front of the Capitol on January 20.