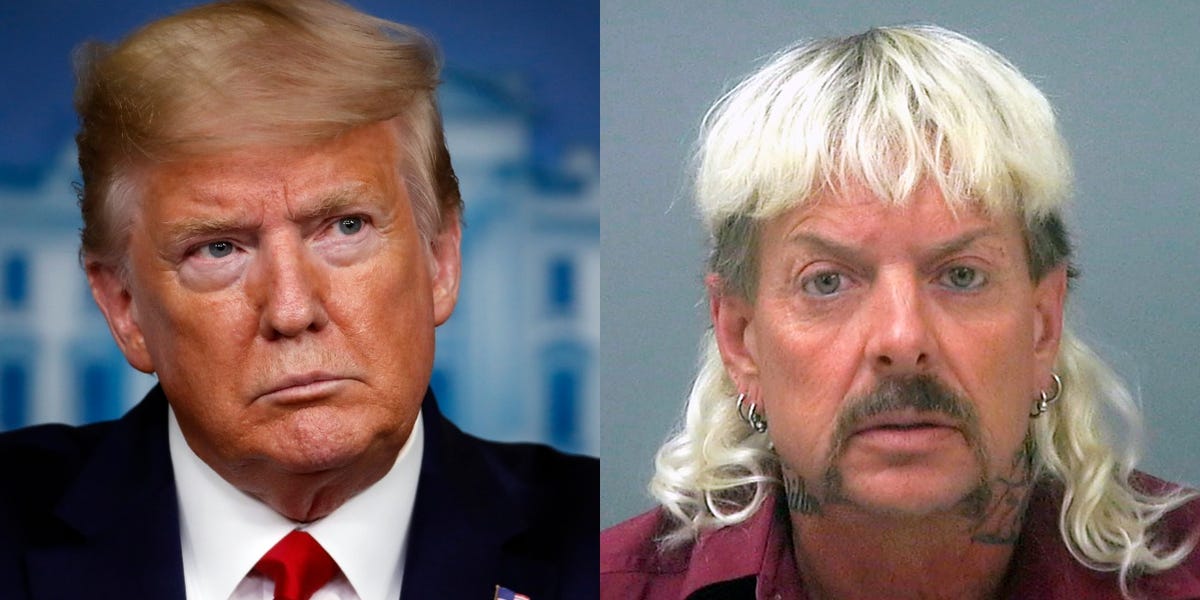 President Donald Trump said he’d look into pardoning Joe Exotic from the hit Netflix series “Tiger King” after the question came up at a press conference on Wednesday.

Joseph Maldonado-Passage, known as Joe Exotic, the star of the popular docuseries, is serving a 22-year prison sentence after a jury convicted him of hiring a hit man to murder a rival, the animal-rights activist Carole Baskin.

The plot did not go through, and Maldonado-Passage has denied the charges against him and has said he was unfairly convicted. He has requested a pardon from Trump, according to The Daily Beast.

On Wednesday, when a reporter mentioned that one of the president’s sons joked about lobbying Trump to pardon the zookeeper, Trump replied: “Which son? Must be Don — what did he do?”

Donald Trump Jr. seemed to find the exchange between his dad and the reporter “hilarious.”

But the president said he wasn’t well-versed on Joe Exotic’s conviction, saying: “I know nothing about it. He has 22 years, for what? What did he do?”

The president then asked the reporter and others in the room if they thought Joe Exotic should be pardoned.

“Are you on his side? Are you recommending a pardon?” he asked. “I’ll take a look.”