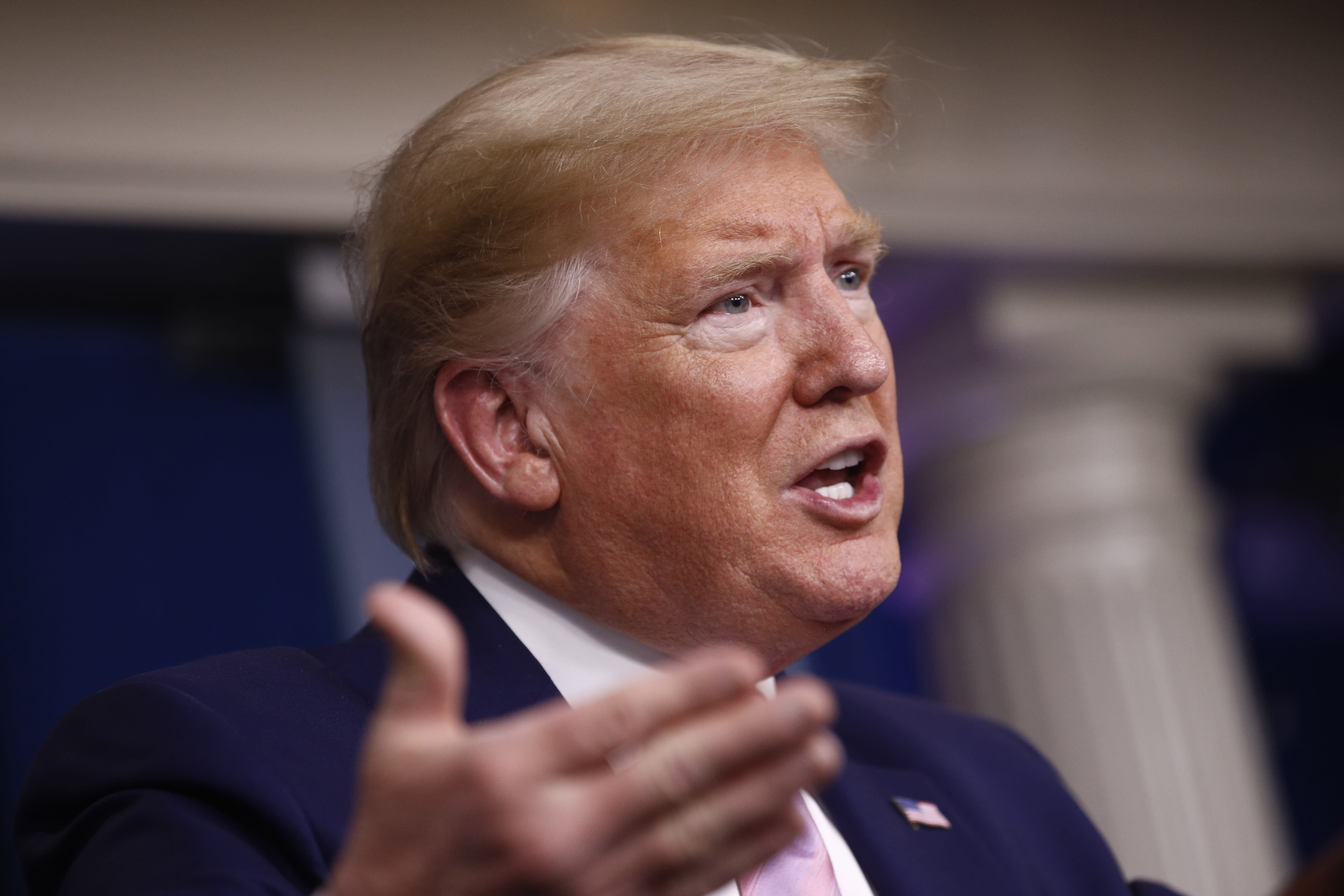 President Donald Trump met many leading US professional athletes on the phone on Saturday to discuss how the industry is affected by the global coronavirus pandemic and said he was looking forward to resuming the competition “as soon as possible”.

“I want fans to be back in the arenas,” Trump said later in a briefing at the White House. “I think it is … whenever we are ready. As soon as we can, of course. And the fans want to be back too. They want to see basketball and baseball and soccer and hockey. They want to see their sport. They want to watch the sport Go golf courses and breathe nice, clean and nice fresh air. “

A person with direct knowledge of what was discussed on the call said Trump believes the NFL season – which is scheduled to start on September 10 – will start with fans in the seats on time. But that seemed too optimistic to California governor Gavin Newsom, who was asked if he thought the NFL season would start on time.

“I don’t expect this to happen in this state,” said Newsom, whose state has three NFL franchises.

The NBA, NHL, NFL and Major League Baseball were represented on the call by their commissioners – Adam Silver, Gary Bettman, Roger Goodell and Rob Manfred. None of the leagues published a public comment on the call.

A second person, aware of the call, said some commissioners, including Silver, told Trump that they were working on several plans to resume their season, but warned that none of these plans could be implemented without public health officials’ approval. People spoke to AP on the condition of anonymity, as no discussion from the call should be made public.

The NBA was the first of the major U.S. sports leagues to close on March 11 after the Utah Jazz Center Rudy Gobert tested positive for the COVID-19 virus. Other leagues followed quickly and hundreds of games have already been lost. The NCAA men’s and women’s basketball tournaments, along with virtually every other college sporting event, were canceled for the rest of the academic year. Major events such as the Masters tournament, the Kentucky Derby, Wimbledon, the French Open and the Indianapolis 500 were either canceled or postponed. and thousands of Arena employees have lost their jobs due to the closure of the sports and entertainment industry.

NASCAR gave the teams a preliminary schedule for resuming the May 24 race with the Coca-Cola 600 at Charlotte Motor Speedway. North Carolina’s order to stay at home is through April 30th. The next race on the NASCAR program is May 9th at Martinsville Speedway in Virginia, which remains at home until June 10th. NASCAR has so far refused to publicly speak out the schedule, saying it has no comment on the call to Trump.

Penske has suspended the IndyCar season 48 hours before the opening race and the next publicly scheduled event is May 30th in Detroit. A double header that Penske has announced can be moved later in the season if necessary.

Penske has moved the Indianapolis 500 from Memorial Day weekend to August 23 for the first time in history.

The next start of the PGA Tour is scheduled for May 21st to 24th at Colonial in Fort Worth, Texas. Then there were stops in Ohio, Michigan, Canada and then the US Open – planned for Winged Foot – very close to the virus hotspot of New Rochelle, New York. The LPGA Tour has just postponed its next five events. The US Women ‘s Open in Houston is now to be held in December at the newest place on the calendar for a large men’s or women’s championship.

It remains highly unclear when something can be resumed. Even the Naismith Memorial Basketball Hall of Fame, which announced its 2020 induction class including Kobe Bryant on Saturday, has a backup plan for October if the pandemic delays its scheduled anchorage ceremony on August 29.

“I want to be happy and I’m happy,” said Baylor basketball coach Kim Mulkey, one of this year’s Hall candidates. “At the same time, I want to keep my perspective now and all of us do our part.” Let us all get this world back on track and get our country back on track. “

Trump spoke to Little League players on Saturday and tweeted to tell them, “Stay tuned! We will take you back to the fields and know that you will be playing baseball soon. We’ll get through this together and bats will swing before you know it. “

Trump even said that the need for social distancing affects his 14-year-old son Barron. The president described his son as a good athlete and football fan.