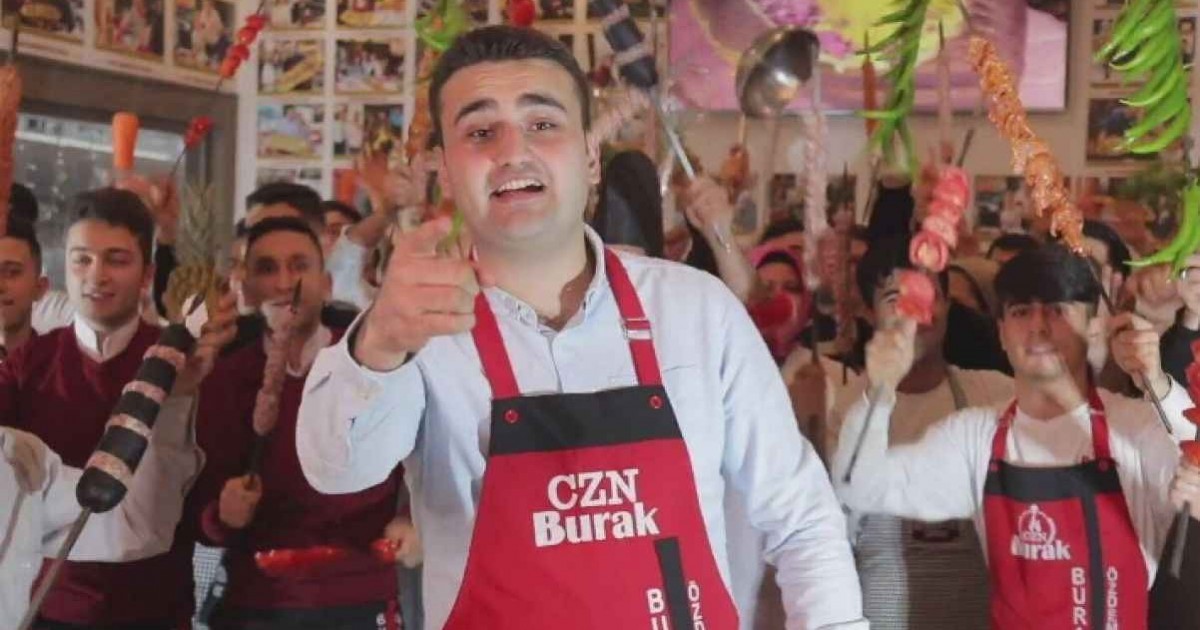 The famous Turkish chef Burak worried his followers on various social media platforms, after he published a picture of him in hospital clothes, apparently preparing for an operation.

Turkish Chef Burak sparked controversy recently, through many social media platforms, after he posted a picture of him through his official account on the Instagram photo and video exchange site, while he was on a hospital bed, wearing clothes that looked as if he was ready to enter the operating room, inside a hospital.

Chef Burak’s audience is worried about him:
Soon, many followers wondered about Chef Burak’s illness, and what he suffered, and he did not disclose it in the publication that worried his followers and fans, as he announced that he was conducting a series of tests to prepare for a surgery, the details of which have not yet been revealed.

As soon as the photo was published, Turkish Chef Burak topped the most searched words on the Google search engine as well as on various social media platforms.

After that, Chef Burak, the Turkish, was keen to thank his followers through his official account on the social networking platform “Instagram”, who were quick to wish him a speedy recovery, but he also did not disclose the nature of his illness or the tests he was conducting in preparation for the surgery.

Thousands of comments came from followers of the speedy recovery of the famous chef, among them, “We wish you a recovery as soon as possible.. God heal you and restore you.. And our wishes that God heal you and get better soon.”

A large number of Chef Burak’s fans in the Arab world were keen, whether they had previously eaten meals in any of his restaurants in Turkey or Dubai, or even those followers who watched the short videos that he broadcasts through his various platforms on social networking sites, in which he presents the most famous The most delicious authentic Turkish food.

It is noteworthy that this is not the first time that the Turkish chef Burak has worried his followers and fans around the world. In suburban forests.

Predictions of Chef Burak’s illness:
It is noteworthy that some Arab news sites, quoting Turkish sources and newspapers, said that the Turkish chef Burak needs an operation to remove the inflamed appendix, as its explosion may exacerbate his health and may pose a threat to his life. The operation, such as blood tests, etc., and after making sure that there were no health problems, the medical team entered Burak to the operating room, where he was sedated and successfully removed the inflamed appendix, after which the Turkish chef Burak was discharged from the hospital in good health.

Chef Burak:
Chef Burak is one of the most famous chefs in the world. His full name is Burak Ozdemir. He was born in 1994. He is a Turk of Arab origin. He was born and raised in the Turkish city of Ordu, but he currently lives between Istanbul and Hatay, while his origins and roots go back to the Arab state of Syria.

His skills and the agility of his hands in preparing various foods made him an attractive person who is followed through social media platforms by millions of people, and many world stars visit him in his restaurant, as he became the owner of a distinctive mark in his field, and he has branches of his restaurant in Turkey and Dubai, and is scheduled to open new branches soon.

It is noteworthy that many Arab and international stars and celebrities are keen to visit Chef Burak’s restaurant in Dubai, and photograph with him.

He is also one of the most prominent stars of social networking sites, where he is followed by millions from all over the world. He constantly presents videos showing the preparation of different types of food in unusual ways, especially the original Turkish dishes, including grills, tagines and famous Turkish baked goods.

Chef Burak is characterized by a different heroine, and a smile that does not leave his face, always on his face fixed in front of the cameras while his hands are busy cutting and cooking, a demonstration of his abilities that distinguish him from others.

The most important thing that attracts his followers to him is that he cooks food from the first step to the last step without looking at his hands, but looking at the camera, starting with cutting meat, fruits and vegetables and even putting food on the fire, until the casseroles and grills are taken out of the oven.

It also has the advantage of preparing huge meals for tens, perhaps hundreds, in giant ovens and stoves.

Not only that, but Chef Burak is known for his great humanitarian role in Turkey, contributing to donating many of his recipes for the benefit of refugees in a number of camps around the world.

It was recently found, according to what was published in a number of Arab magazines and newspapers, that the Turkish chef Burak owns a fortune estimated at two million US dollars, in addition to owning many real estate and a chain of restaurants, many cars, the most famous of which is the Ford Mustang GT.

new tourism campaign Abu Dhabi: Abu Dhabi with summer pass to attract tourists; What is a Summer Pass? Everything you need to know