U.S. Treasury Secretary Janet Yellen (left) responds to a hearing in the Senate Financial Services Committee of the House of Representatives on the 28th. Washington = Reuters

U.S. Treasury Secretary Janet Yellen has again warned that the U.S. could be at risk of default if Congress does not adjust the federal debt ceiling by next month (local time). The Democrats in the US Senate are expected to vote on a temporary budget bill that does not increase the debt ceiling on the 29th, saying the federal government’s “shutdown” should be avoided.

“If Congress does not raise or suspend the federal debt ceiling by October 18th, the limited resources of the Treasury will be rapidly depleted,” Yellen wrote in a letter to the leaders of both Democratic and Republican Congresses on the 28th. It will not be possible,” he said. Yellen has repeatedly stated that a US default is expected after mid-October unless Congress raises the debt ceiling, but this is the first time he has mentioned a specific date.

In the letter, Yellen reiterated the need to raise the debt ceiling. “If we hesitate to raise or suspend the debt ceiling and wait until the last minute, serious damage to business and consumer confidence will occur,” he said. ” he pointed out.

Yellen, who attended the Senate Financial Services Committee hearing on the same day, said he feared catastrophic consequences, including a financial crisis and recession, if Congress did not respond promptly. Federal Reserve Chairman Jerome Powell, who was also present at the hearing, supported Yellen and called for a debt ceiling increase. 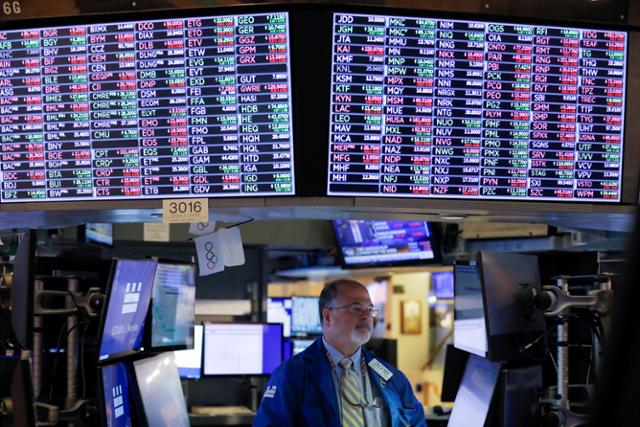 A trader stares at the monitor at the New York Stock Exchange (NYSE). New York = Reuters

This year’s fiscal year for the US federal government ends on the 30th. If the budget to provide temporary support for the government budget by December 3 is not passed by this day, a shutdown is inevitable from October 1. The current U.S. national debt exceeds the limit set by law and could face an unprecedented default unless the limit is suspended or raised in October. In order to prevent shutdowns and defaults, the Democratic Party is pushing ahead with a plan to vote on an interim budget without an increase in the debt limit on the 29th.

Major U.S. stocks plunged on Tuesday as fears of a federal shutdown and default grew. At the New York Stock Exchange (NYSE) on the 28th, the Nasdaq Index plunged 2.83% from the previous day, recording the biggest drop in six months. The S&P 500 also fell 2.04% from the previous day. The Dow Jones Industrial Average also closed 1.63% lower.