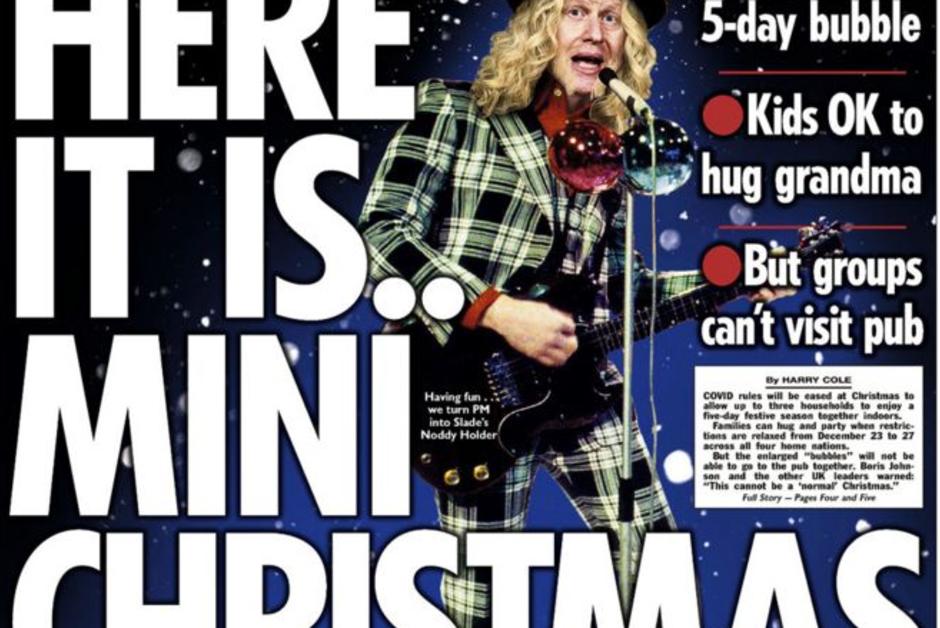 Between 23 and 27 December, travel restrictions will be lifted across the UK, and physical distancing suspended. On the other hand, each household will have to form an exclusive bubble with only two other households.

It’s a Christmas “cheap”. More “A real boost for the nation, all the same, after months of crushing restrictions”, notes The Sun. As the London tabloid reported on Wednesday, November 25, the health measures to fight Covid-19 will be relaxed for five days to allow the British to meet for the end of the year holidays. From December 23 to 27, “Travel restrictions and social distancing will no longer be in effect, which means children will have the opportunity to finally hug their grandparents”, blow the newspaper.

During this period, also including Boxing Day (December 26), each family can form a bubble with two other households. “Il n’y a pas de limit de nombre, details The Sun, but this bubble will be exclusive, so it will be forbidden to meet other people once this one is formed. ” Another instruction: no meals together in the pub, where some families usually meet around Christmas. “In the English regions placed in maximum alert level, or Tier 3, at the end of the confinement which ends on December 2, these establishments will be closed anyway ”, precise The Sun, which anticipates in passing a tightening of measures before and after this period to mitigate the impact of the holidays on the circulation of the virus.

If the instructions vary significantly between the four nations of the United Kingdom, which each have their own prerogatives in terms of health policy, “Local governments have managed to agree to let people travel all over the country to have a good time, in the safest possible conditions, with their loved ones”. And just for that, Prime Minister Boris Johnson deserves, according to The Sun, to be made up as the singer of Slade, a British band from the 1970s. One of their flagship song? “Merry Christmas Everybody”. Merry Christmas to everyone.

The flagship of the sensational press, The Sun is the most widely read of all British newspapers. Sport, sex and scandals constitute the business of this flagship title of the Murdoch group. Renowned for its page 3, where a young