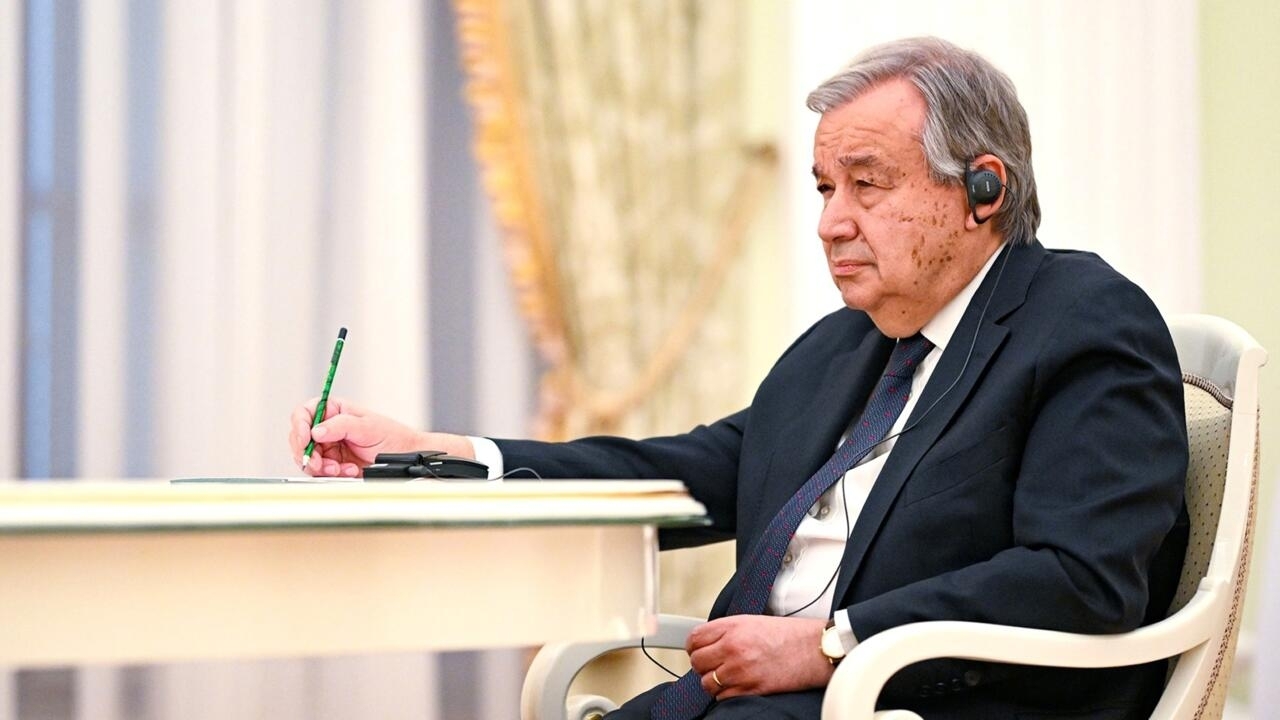 UN Secretary General Antonio Guterres travels Thursday to the suburbs of kyiv, to Boutcha, Irpin and Borodianka, theaters of abuses attributed to the Russian army. For its part, Moscow is continuing its offensive in eastern and southern Ukraine. Follow our live.

The UN secretary general arrived Thursday morning in Borodianka, one of the localities on the outskirts of kyiv where the Ukrainians accuse the Russians of having committed abuses during their occupation of the region in March, AFP noted. “A war in the 21st century is nonsense,” he said on the spot.

For his first visit to Ukraine since the start of the Russian invasion on February 24, Antonio Guterres was also due to go to Boutcha and then meet President Volodymyr Zelensky in the afternoon.

If they continue to pound the front line, the Russian forces have not made any major progress in the Donbass, explains Gulliver Cragg, who also returns to the expected visit of the UN Secretary General Antonio Guterres.

UN Secretary General Antonio Guterres travels Thursday to the suburbs of kyiv, to Boutcha, Irpin and Borodianka, theaters of abuses attributed to the Russian army by the Ukrainians.

The head of the United Nations arrived in Ukraine from Moscow where he pleaded with Vladimir Putin for a ceasefire “as soon as possible”. He also said he was “concerned by the repeated reports of possible war crimes”, judging that they “require an independent investigation”.

I have arrived in Ukraine after visiting Moscow.

We will continue our work to expand humanitarian support & secure the evacuation of civilians from conflict zones.

The sooner this war ends, the better – for the sake of Ukraine, Russia, and the world.


“The House of Commons has passed a motion regarding acts of genocide against the Ukrainian people,” the lower house of parliament announced on Twitter. The text, tabled at the initiative of a member of the New Democratic Party (NDP, left), Heather McPherson, was adopted unanimously.

The motion states that there “is clear and abundant evidence of systematic and massive war crimes and crimes against humanity committed against the people of Ukraine by the Armed Forces of the Russian Federation, under the leadership of President Vladimir Putin.” . These “crimes” include in particular torture, “mass atrocities in Ukrainian territories”, the “forcible transfer of Ukrainian children to Russian territory”, or even “large-scale cases of physical, mental violence and rape “.

By validating this text, the House of Commons “recognizes that the Russian Federation is committing acts of genocide against the Ukrainian people”, according to the document. The adoption of this text comes about ten days after the Ukrainian Parliament passed a similar resolution.

Switzerland: Up to six out of ten women have been victims of harassment