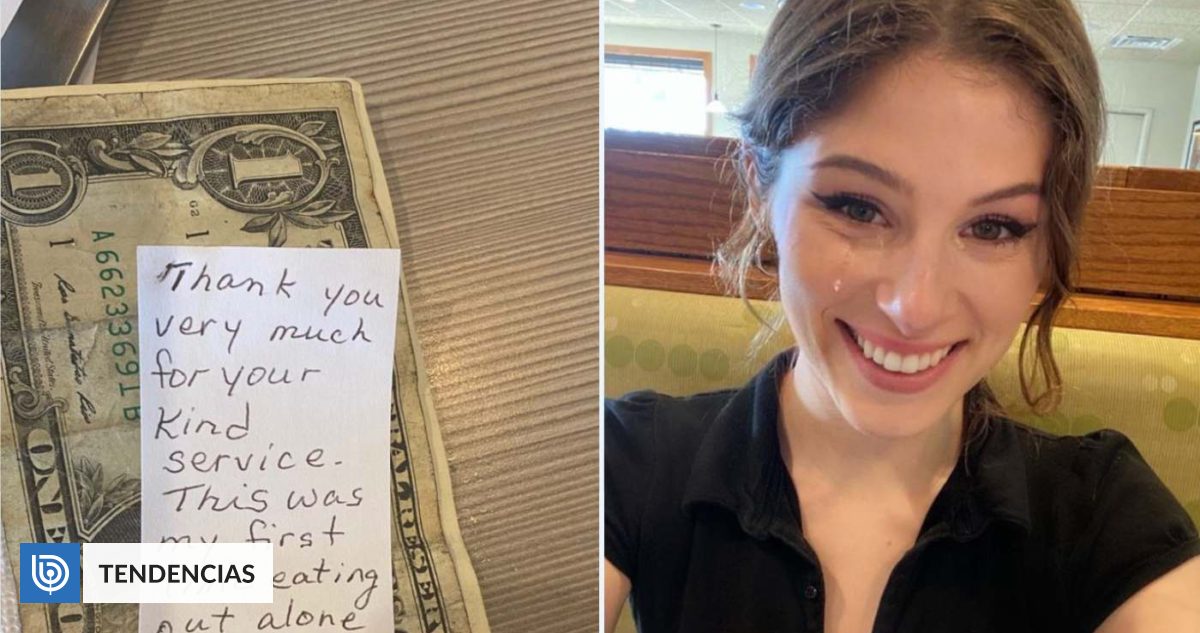 Megan King She is an American waitress who always tries to have the best attitude with her customers. She never thought her smile would change the day of an older adult.

Last weekend Megan came to work as usual. One of his clients was a woman who ate alone in the restaurant. True to form, he tried to serve her the best he could and even chatted with her a bit.

When he finished his meal, the woman left a note with her tip. “Thank you very much for your kind service. It was the first time I had gone out to eat alone since my husband passed away. I was hoping I could get over it “, the handwritten message said.

The note moved Megan, so she decided to share it on Instagram. “This is my real smile because I am very happy and the note did not break my heart at all,” she wrote next to a photo of her crying and the message.

According to the waitress told the magazine Newsweek, the client arrived on a Sunday afternoon “About the middle of my shift”.

Of course, the place was packed, but when it calmed down a bit, Megan chatted with the customer for a few minutes. “A little small talk, nothing too deep. He told me he was almost 70 and just wanted to hang out at his favorite restaurant”King recalled.

In his opinion, the woman looked somewhat sad and looked at Megan several times. “In hindsight, I wish I had taken that look as an invitation. I think it was what she wanted. He kept looking at me, so I thought something was wrong with his food or that he needed help, “he said.

Despite the brief interaction, the episode marked the young woman, especially the note. “I was very surprised. As soon as I read that she had lost her husband, I was puzzled. I had to go to the bathroom to compose myself to attend to my other tables, although I really didn’t have time to rest, “he acknowledged.

While some comments in the image focused on the modest tip, most highlighted the fact as a situation to highlight the importance of human contact and concern for the elderly.

“Your tip was more than enough. And I would not have minded if it was less ”, Megan closed.