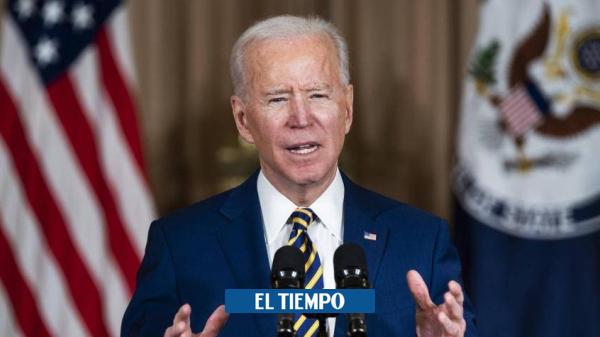 The US military launched an attack on facilities in eastern Syria used by Iranian-backed militias in retaliation for recent rocket attacks on US troop locations in Iraq, the Pentagon said.

(As well: Report on Khashoggi could impact relationship between the US and Saudi Arabia)

“Under the direction of the president (Joe) Biden, US military forces carried out air strikes earlier tonight against infrastructure used by Iranian-backed militia groups in eastern Syria, “spokesman John Kirby said in a statement.

“These attacks were authorized in response to recent attacks on US and Coalition personnel in Iraq, and the continuing threats to those personnel,” he said.

The US military did not report whether there were casualties in the offensive. Kirby said the target was a border checkpoint used by Iraqi armed groups backed by Iran, including Kataeb Hezbollah and Kataeb Sayyid al-Shuhada.

The attack came after three rocket attacks on facilities in Iraq that are used by US and coalition forces fighting the Islamic State group.

Hezbollah: The ‘Party of God’ is a Lebanese Shiite Muslim Islamic organization that has a political and a paramilitary arm.

(Follow with: Biden is asked to prioritize protection of leaders in relation to Colombia)

One such attack, on a military compound in Arbil, the capital of the Kurdish region, on February 15, killed a civilian and a foreign contractor working with coalition forces, injuring several American contractors and a soldier.

The attacks in Iraq carried out by groups suspected of operating under the leadership of Iran posed a challenge to the new administration of
Biden, at a time that opens the door to resuming negotiations with Tehran on its nuclear program.

‘The operation sends an unequivocal message: President Biden will act to protect American and Coalition personnel’

The US administration says it wants to revive the 2015 deal, which former President Donald Trump left in 2018, and that it aims to freeze Iran’s nuclear aspirations. But Washington also views Tehran as an ongoing security threat in the Middle East.

Kirby called Thursday’s attacks “proportionate” and said they “were carried out in conjunction with diplomatic measures,” including consultation with US partners in the anti-IS coalition. But he also said it was designed to reduce tension in eastern Syria and Iraq.

“The operation sends an unequivocal message: the President Biden he will act to protect American and Coalition personnel, “he said.

The Syrian government affirmed that the bombing carried out this morning by the United States in the east of the Arab country, allegedly against pro-Iranian militias allied to Damascus, will bring “consequences” and increase tension in the region.

“Syria condemns in the strongest possible terms the cowardly attack by the US in the areas of Deir al Zur near the Syrian-Iraqi border, which goes against international law and the UN charter, warning that it will bring consequences, “the Foreign Ministry said, according to the official Syrian agency SANA.

He added that the decision will also cause an “escalation” of the situation in the Middle East, according to the official media.

Russia condemned the US bombing on Friday against the positions of the pro-Iranian militias in Syria, the first military attack ordered by President Joe Biden since he came to power.

See Also:  Unresolved shipping disaster - sinking of the Estonia: Now there is a new lead

“We categorically condemn such actions. We call for unconditional respect for the sovereignty and territorial integrity of Syria,” said Maria Zajárova, Foreign spokeswoman, at a press conference.

–Investigating if new variant of coronavirus spreads in New York

–United States passport will include a third gender option