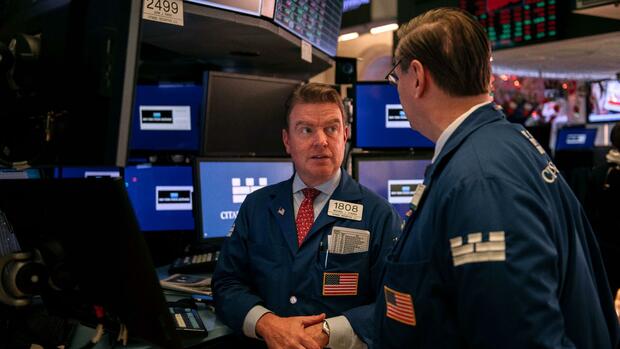 Most US retailers are on vacation and sales are low before the turn of the year.

new York On the last day of the year, the US-China trade dispute again determined what happened on Wall Street. US President Donald Trump announced on Tuesday that he would like to sign the first part of a trade agreement at the White House in Washington on January 15. That caused investors to access shares. Initial losses were made up for.

The S&P and Nasdaq thus had the best year since 2013, the Dow Jones shot 2019 as the best year since 2017. Over the year, the S&P rose 28.90 percent, the Dow Jones 22.33 percent, and the Nasdaq climbed 35.24 percent. They hit all-time highs in December thanks to the US Federal Reserve’s relatively loose monetary policy and positive economic indicators.

There was hardly any market moving company news. The published US economic data were poor. For example, the FHFA house price index had not risen as significantly in October as experts had expected. In addition, consumer sentiment had surprisingly deteriorated in December.

The stocks of Tesla rival Nio jumped 13 percent in the individual values. The previous day they had increased by a full 50 percent. The Chinese electric car manufacturer is currently benefiting from the strong demand for its vehicles and has generated more sales than expected. Tesla’s shares, which lost 3.6 percent on Monday, rose slightly again.

Boeing’s second-last place in the Dow Jones dropped by 0.20 percent. Turkish Airlines and the US aircraft manufacturer have agreed to pay compensation in the face of the Jet 737 Max crisis.

More: Economists and analysts are optimistic about the new year, as a Handelsblatt survey shows. They expect the prices to continue to go up – but much slower than in 2019.