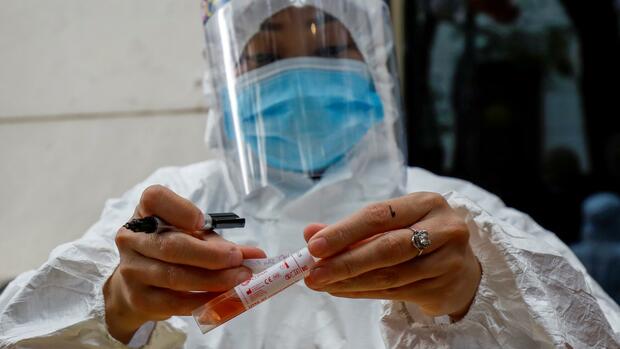 Hanoi A new variant of the coronavirus has been discovered in Vietnam. According to reports from state media, the health minister of the communist-ruled country, Nguyen Thanh Long, said the new variant had properties of both the previously known British form (B.1.1.7) and the Indian form (B.1.617.2)

Laboratory tests suggested that this variant spread more than others. Perhaps that is the reason that the number of cases in Vietnam has recently increased exponentially.

“The Ministry of Health would announce the new coronavirus variant on the global genome map,” the newspaper “VnExpress” quoted the minister in its online edition. The coronaviruses have been creating new mutations since the Sars-CoV-2 virus was first discovered in China at the end of 2019. The World Health Organization (WHO) has so far classified four variants as worrying: those first discovered in Great Britain and India, and two more from South Africa and Brazil.

Vietnam had reported just over 3,500 confirmed infections and 47 deaths by early May. Whenever new infections emerged, the country responded with rigorous lockdowns and quarantine orders, which meant that life in Vietnam was otherwise largely normal. However, within the past few weeks there have been more than 3,500 new infections, more than in all months before. Twelve people died.

The Australian epidemiologist and biostatistician Zoë Hyde commented on the news on Saturday on Twitter with a graph of the increasing infections: “Vietnam has reported the occurrence of a variant that contains elements of the British (B.1.1.7) & Indian (B.1.617.2) Variants combined. ”Hyde writes that“ many of these events will have no clinical significance ”. There is, however, the risk that “more strongly transferable or more virulent variants will emerge”.

There were particularly many cases in the two provinces of Bac Ninh and Bac Giang, where hundreds of thousands of workers for companies such as Samsung or Canon work and Apple-Assemble products. Despite strict regulations, one fifth of the 4,800 workers at a company in Bac Giang became infected.

In the country’s largest metropolis, Ho Chi Minh City, with a population of nine million, 85 people tested positive for the virus. The health ministry said the cases were due to a Protestant church. Religious events have since been banned across the country. In larger cities, events have been canceled, parks have been closed and restaurants, bars and other businesses have closed.

In Vietnam, with its 96 million inhabitants, one million people have so far received vaccinations with the vaccine from Astra-Zeneca. 30 million doses of Pfizer and Biontech are expected in the second half of the year. Also with the manufacturer Modern is negotiated.

More: Bad news for emerging economies: the world’s largest vaccine manufacturer doesn’t deliver until the end of the year