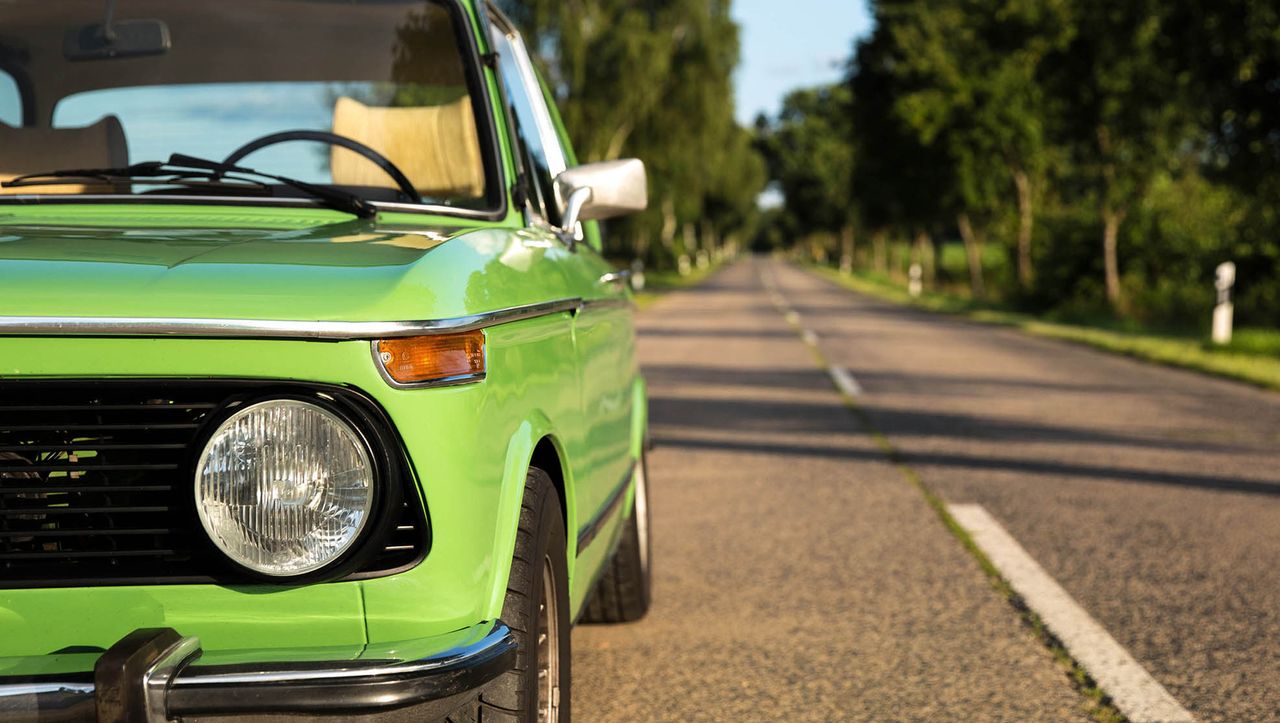 Can a street trigger feelings of home? Clearly yes. In any case, this applies to the authors of the book “Lockruf des Südens”, a kind of printed road movie. Once from north to south through Germany on federal road 3. “For me, this road means home and longing for the distance at the same time,” says Wolfgang Groeger-Meier, photographer and creator of the book project.

Between spring 2017 and autumn 2018, he successively invited six passengers to his BMW oldie – a frog green 2002, built in 1975 – to cover the total of around 800 kilometers between Buxtehude, where the B3 begins, and Weil am Rhein, where the B3 borders on Switzerland ends up covering several stages.

“I was born in France. When I was ten years old, my parents moved with me to Hanover,” says Groeger-Meier about his affinity for B3. “Whenever we went south on vacation back to France, we drove long distances on the B3. And later, when I was already working as a photographer and often had to do in Hamburg, I also took the B3 via Celle and Soltau. “

Today Groeger-Meier, born in 1963, lives in Munich. Around 23,000 kilometers of research were collected during the work on the Photo Home Road Book.

B3 – once Germany with everything

On a journey of discovery in your own country

The personal relationship with the B3 was at the beginning. “However, while working on the book, it became more and more apparent that Bundesstraße 3 offers a cross-section of Germany in many ways. From north to south, from beer to wine, from brick to half-timbering to pastel-colored plaster,” says Groeger- Meier.

The B3, which in parts in the south corresponds to Roman roads two thousand years old, lines up castles and palaces, metropolises and small towns, river valleys and low mountain ranges, heathlands, industrial areas and orchards. “The variety is fantastic,” says Groeger-Meier. “And there is also this inarticulate promise of sun, distance and a bit of a stranger, when it almost always goes south.” At best, it is comparable to its East German pedant, the B96, which is best driven in the opposite direction: from Zittau always northwards to Sassnitz on Rügen.

In times of corona-related restrictions on long-distance travel, the original project of portraying diversity, change and displacement with the help of a street is now supplemented by an additional aspect: that of a journey of discovery through one’s own country. Local customers driving past, so to speak. Especially since the book contains hardly countable tips and suggestions, where stopping, getting off and getting into the regional peculiarities is worthwhile everywhere on this route.

The oldest petrol station in the world is on the way

Historically significant places along the route include the memorial of the former Bergen-Belsen concentration camp; Marienburg Castle, the headquarters of the Welfen near Pattensen; the brewery metropolis Einbeck; the Fagus factory in Alfeld, an early Bauhaus factory by the architect Walter Gropius and now a UNESCO World Heritage Site, or the city pharmacy in Wiesloch, where Berta Benz stopped in 1888 on the world’s first car trip to buy Ligroin fuel.

These are just a few examples. And in Hanover, Kassel, Frankfurt, Heidelberg or Freiburg alone, you could spend several days exploring the sights and special features there.

Today’s Bundesstrasse 3, you should also know, is of course primarily a traffic route, not a common thread for tourists. The gray asphalt strip now runs in wide arches at numerous picturesque locations. It is a blessing for many people.

SPIEGEL reported on the B3 as “Bundes-Mord-Straße” in 1952 because 1650 accidents had been counted within one year on the section in Lower Saxony alone. The noise and exhaust fumes came at the risk of increasing road traffic. However, the customers for petrol stations, bakeries, butchers, inns, hotels, pensions and kiosks also came with them.

If in doubt, always drive straight ahead

Wherever a nearby freeway or bypass was completed, these customers stayed away. Bundesstraße 3 is also a testimony to mobility and structural change, rural exodus and regional political profiling addiction – when underpasses or overpasses, roundabouts or traffic lights have been concreted into the landscape in a particularly grand manner.

Title: Call from the south: On the road 3 | Of people and home, wanderlust and engines (Corso)

Product reviews are purely editorial and independent. With the so-called affiliate links above, we usually receive a commission from the dealer when buying. More information here

Groeger-Meier and his companions – including colleague Margret Hucko from manager magazin – tried to rediscover the old, original B3 as often as possible. And often ended up on quiet side streets today, which are now half overgrown or have long been used for other purposes, for example as motocross training slopes.

Groeger-Meier’s tip for everyone who wants to go on a B3 discovery tour is therefore: “If you want to get as close as possible to the original street, the places and the people, you should keep your eyes open – and if in doubt always drive straight ahead . “