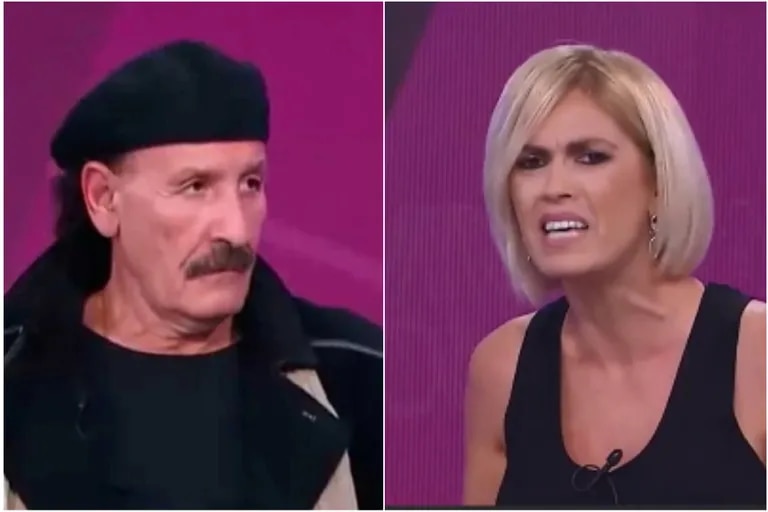 A tense moment was experienced during the night of Friday in Viviana with you (A24) between Viviana Canosa and your guest, George Yoma. After a heated discussion, the driver kicked the former ambassador to Peru out of the studio with the argument of defending the public from her, and called him a “scourge.” In addition, she expressed bluntly: “You have a level of cynicism that I will not allow”.

Although the program was going normally, at one point Yoma starred in a crossover with El Dipy, also a guest of the night. It all happened while they were debating various topics, among them, the current present of Argentine politics, Fabiola Yáñez’s birthday photo at Quinta de Olivos during strict quarantineand even the management of Formosan governor Gildo Insfrán

For several minutes the driver remained silent until at one point he asked for the floor and the scandal broke out. “I really thank you with all my heart, but I will not allow my public and the people to continue disrespecting people. I don’t want this to turn into something violent or for either of us to have a bad time, ”he told Yoma.

He also added: “My heart is beating more than necessary. Respectfully, I want you to leave the program ‘Cause I can really listen all night to what you say, but you are justifying a president like Alberto Fernández who is a cynic, a sinister. I don’t care if it bothers you that we put qualifications on it because I only think of the people who during two years of this Government, with the pandemic and the quarantine, had a terrible time.

As Yoma stood up and began to remove the microphone, the host continued: “There are people who committed suicide, who lost their SMEs, who feel cheatedthat feels like shit…, the boys were left without education and 200 thousand kids are not going to go back to school. I thank you but I don’t want this to turn into something violent or for any of us to have a bad time”.

Listening to her, the former senator asked her if she was going to “hit” him, to which the journalist bluntly replied: “Violent because of the tone and your cynicism. You have a level of cynicism that I will not allow with El Dipy or with the people”.

Visibly upset, she remarked: “I can’t endure the cynicism of a man who is laughing at the Dipy, which is as if he were laughing at the one in his house. These politicians and this policy are no more. You can’t listen to so many stupid things and with so much impunity. Argentina is unpunished and I can’t stand it anymore I can’t stand Jorge Yoma, Alberto Fernández and Cristinas Fernández anymore that they are rich and the people are poor. Enough with this leadership that is not doing shit… life”.

After the impact of the tense television moment, Jorge Yoma went to his Twitter account to make a statement. “Mrs Viviana Canosa kicked me out of her show because she didn’t like what I think and say. And when I left, he continued to insult me ​​until the end, along with his star guest, El Dipy. I sincerely thank you for such attention, ”she specified.

In turn, he delimited with an irony: “I am concerned that, according to his words, my opinions have caused him a cardiac arrhythmia. I hope he recovers his emotional stability. About I advise you to replace your infusions before and during your program with serrano weed tea”.

Multiple sclerosis: the discovery of a link with a virus gives hope for progress

An amazing trick to prepare crispy chips without soaking in oil.. learn it