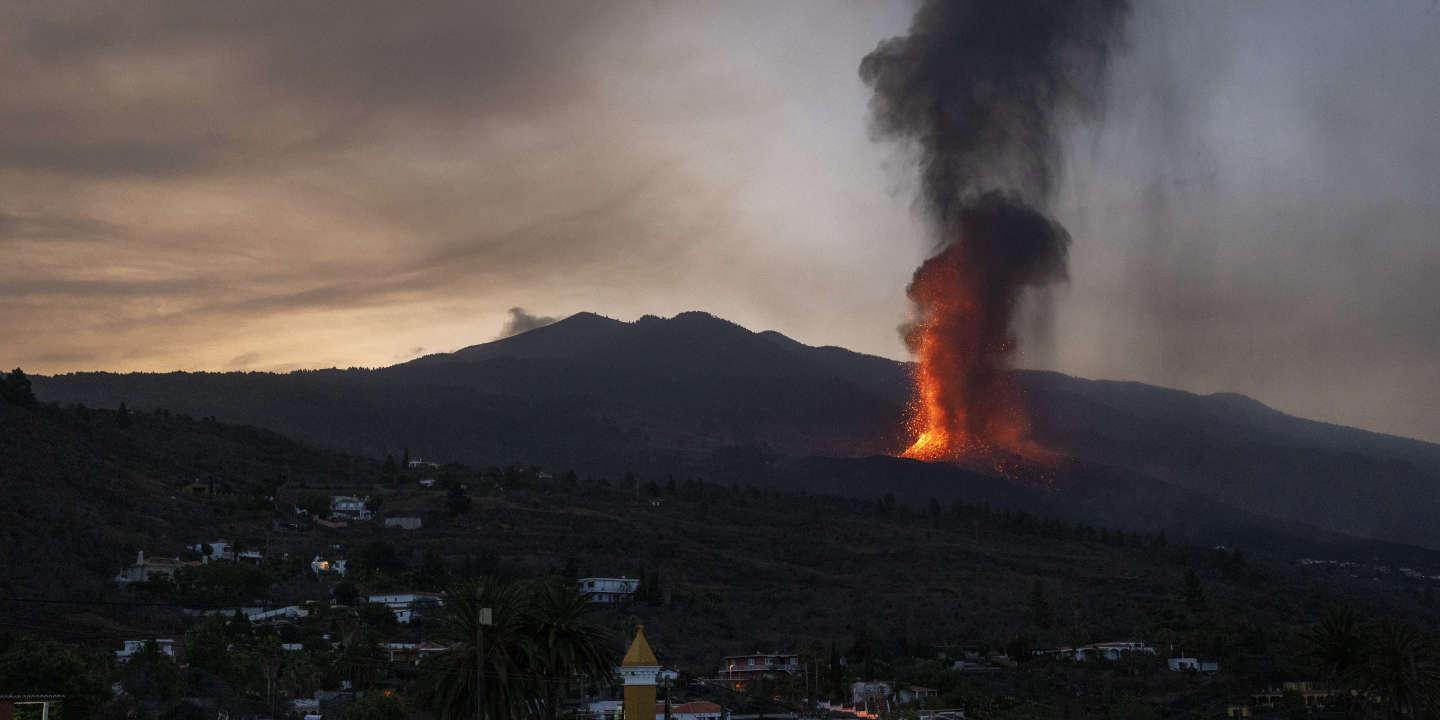 Due to the accumulation of ash from the Cumbre Vieja volcano, erupted for a week, the airport of the Spanish island of La Palma, in the Canary Islands, is at a standstill, the company managing Spanish airports (AENA) announced on Saturday, September 25. “The cleaning operations have started but the situation can change at any time”, she added. Seven flights had to be canceled for the same reason as of Friday.

Violent explosions and a large cloud of ash emanating from the Cumbre Vieja volcano had led the authorities to order the evacuation of several neighborhoods in the city of El Paso on Friday. “Given the increased risk for the population due to the current eruptive episode”, the archipelago authorities have announced that they have “Issued a compulsory evacuation order for [les quartiers de] Tajuya, Tacande de Abajo and the non-evacuated part of Tacande de Arriba ”. This order concerns 160 people, bringing to more than 6,200 the number of people who have had to leave their homes, according to the authorities.

Read also In the Canaries, 6,000 people were evacuated after the eruption of the Cumbre Vieja volcano

Two new eruptive vents, from which lava flows were emerging, also opened at the volcano, said the Canary Islands Volcanological Institute. According to the latest data from Copernicus, the European system of geospatial measurements, lava has so far destroyed 420 buildings and covered 190 hectares on the island whose main economic activity is the cultivation of bananas.

The speed of the lava flows that have devastated part of the island in recent days has slowed markedly and authorities are no longer able to predict if and when they might arrive in the Atlantic Ocean. The meeting between lava and the sea is feared because of the emission of toxic gases that it could cause.

Article reserved for our subscribers Read also The eruption of the volcano of La Palma, in the Canaries, could last several weeks

Spanish Prime Minister Pedro Sanchez has announced that the Spanish government will declare La Palma “Disaster affected area” natural next Tuesday in the Council of Ministers. This measure will unblock the granting of aid to residents.