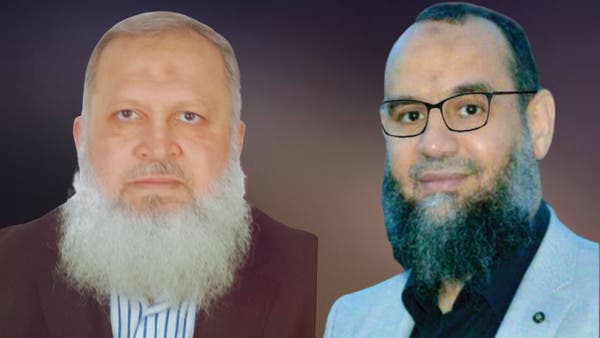 announced US Treasury Thursday imposed sanctions on 5 people, 3 Turks and 2 Egyptians, for their links with Al-Qaeda.

The ministry statement indicated that among those sanctioned were Magdi Salem, a Turkish-born lawyer who was born in Egypt, and is considered one of the main facilitators of a range of al-Qaeda activities in Turkey, where he worked as a financial courier within the al-Qaeda network there, and also Muhammad Nasr al-Din al-Ghazlani, an Egyptian who works as an expert in Facilitating al-Qaeda, a financial courier also based in Turkey.

The information also revealed that Ghazlani used cash transfers to support al-Qaeda, as well as to provide funds and transfer them to the accounts of families of imprisoned al-Qaeda members.

Who are these two Egyptians?

At the end of last year, according to confirmed information obtained by Al-Arabiya.net, the Turkish authorities detained one of the Egyptian terrorists sentenced to death in the case of the Kerdasa events that occurred in 2013, the terrorist Mohamed Nasr El-Din Ghazlani, then released him after 6 months without disclosing the reason Detention or reason for release thereafter.

Not only that, the Turkish authorities allowed this terrorist to appear on the Brotherhood’s satellite channels in Istanbul, even though he belongs to the Jihad Organization and not to the group. Bringing together the conflicting wings in the organization.

The first suspect in the Kerdasa events

According to what an Egyptian security source told Al-Arabiya.net, 55-year-old Mohamed Nasr El-Din Farag Al-Ghazlani was residing in the Kerdasa area in Giza, south of Cairo. Farraj, Assistant Director of Giza Security, after the dispersal of the Rabaa al-Adawiya and al-Nahda sit-ins, adding that Ghazlani was one of those involved in the Khan al-Khalili case in the 1990s, and joined the Vanguard of Al-Fateh organization with the lawyer of terrorist groups, Magdy Salem, and was arrested and sentenced to prison and then released with a pardon from the late President Mohamed Morsi. .

From the Kerdasa events – archival

Ghazlani was in charge of carrying out the assignments of Khairat al-Shater, the deputy guide of the Muslim Brotherhood, to communicate and communicate with the infidels and elements of jihadist groups in Sinai. The court punished him and 11 others, after which he was sentenced to death by hanging.

Al-Arabiya.net sources revealed that, during his stay in Turkey, Al-Ghazlani met with his former leader Magdi Salem. The two were given special treatment by Turkish officials and met prominent leaders, including Yassin Aktay, advisor to Turkish President Recep Tayyip Erdogan, but they still enjoy special privileges related to work, transportation and residence.

As for Majdi Salem Al-Masry, the second punished from the US Treasury, he is a lawyer and was one of the leaders of the Jihad Organization. He chose the organization’s members who traveled to Afghanistan for training there on instructions from Ayman Al-Zawahiri, the leader of Al-Qaeda, and they return to carry out violent and terrorist operations in Egypt.

The Egyptian authorities arrested a number of these terrorists in 1993, and the Public Prosecution charged them with joining banned groups and planning terrorist acts with the aim of harming security.

A few months later, the Egyptian authorities arrested Magdy Salem, and a prison sentence was issued against him. He was pardoned by the ousted President Mohamed Morsi, then fled to Turkey in 2013 with his family and settled there.

What many do not know is that Salem married the widow of Mohamed Abdel Salam Farag, the author of the book “The Absent Duty,” one of the main planners and suspects in the case of the assassination of the late Egyptian President Anwar Sadat. She traveled to Turkey with him and died a few years ago and was buried there.