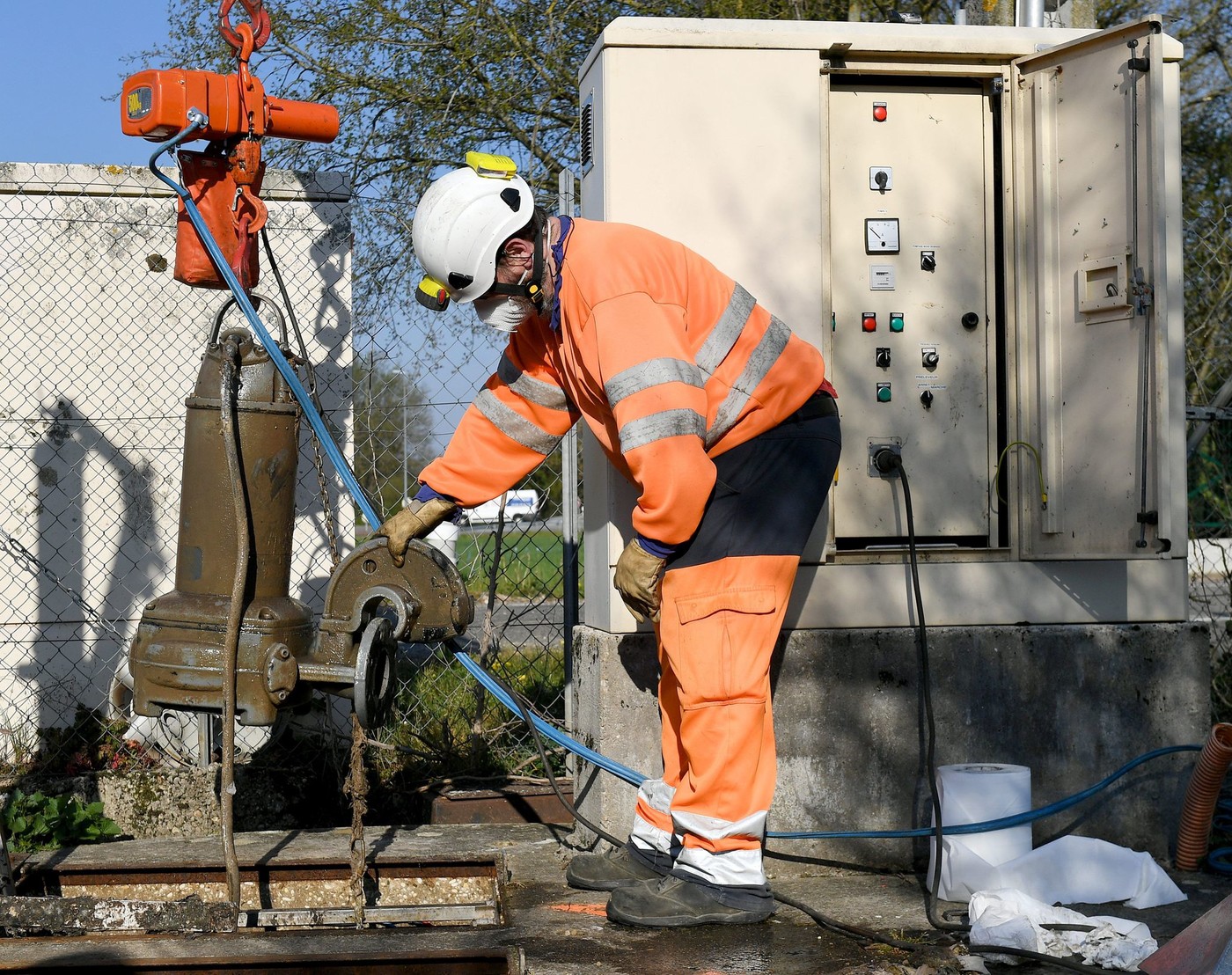 Since the appearance of Covid-19 in China, Italy, the Netherlands, France or Australia, several scientific studies have observed the presence of viruses in wastewater: in plain text, in the stools of contaminated people. This observation raises two questions: is this wastewater infectious? And can their monitoring have an epidemiological interest?

On the first point, work is underway with the Biomedical Research Institute of the Armed Forces (IRBA) to try to find out if these waters present a danger, says Vincent Maréchal, virologist at Sorbonne-University and researcher at Inserm. But no immediate link can be made between these traces and possible contamination.

“The presence of whole genome or single fragments of the Sars-Cov-2 genome in the stool does not necessarily mean that it is infectious virus, nor that it is transmissible by this route, details Vincent Maréchal. We know that the virus is incapable of reproducing itself and of giving hundreds of viral particles (or virions) in nature, outside the cells of a human host. “

Can they help measure the epidemic?

Regarding the epidemiological value of wastewater, research is beginning to provide answers. At the end of March, Willemijn Lodder and Ana Maria de Roda Husman, researchers at the Center for Infectious Disease Control in Amsterdam (Netherlands), showed the presence of genetic material of the virus in wastewater, especially in Amsterdam (1) . In France, in collaboration with the research and development laboratory of the municipal management Eau de Paris, Vincent Maréchal is also interested in wastewater.

“The idea is to follow the evolution of the virus in the waste water taken from the treatment plants”, explains the virologist. Samples collected between March 5 and April 7 were thus analyzed every day by means of the virus screening test (measurement of viral load by the so-called PCR technique). Their results published last week online (but not yet in a scientific journal) show that “The increase in genome fragments in wastewater follows the increase in the number of Covid + patients admitted to hospitals or dead”.

In the short term, Vincent Maréchal advocates for the “Creation of a national Sentinel network for monitoring wastewater, which could make it possible to anticipate the second wave”. Given the large number of cases with little or no symptoms, the presence of the virus could thus be detected before the first confirmed clinical cases, in areas where the epidemic has subsided, or in areas not yet affected. “This would save time, a key element in this epidemic”, insists the virologist.

Has this type of monitoring ever been used?

Such an environmental surveillance system has already been used for other viruses. For example, in a study published in 2018, Israeli researchers showed that the detection of the polio virus (viral disease often transmitted via contaminated water and which can cause paralysis) in wastewater in Israel in 2013 had allowed relaunch a vaccination campaign and avoid any case of paralyzed children.

For the Sars-Cov-2, studies in several countries are still preliminary. But some scientists are enthusiastic. This method “Can be used as an early warning tool” against the pandemic, says for example Warish Ahmed, a researcher at the Australian Public Research Agency CSIRO (the equivalent of the CNRS), which detected the virus in Queensland wastewater.

“ Being simple, fast, inexpensive, this technique is a good potential tool to transmit to the countries of the South, especially those who think they do not have a case at home and who do not have the means to test asymptomatic people in the hospital. “, again indicates Vincent Maréchal. He is now seeking to implement this method urgently, particularly in Africa, with the help of WHO.