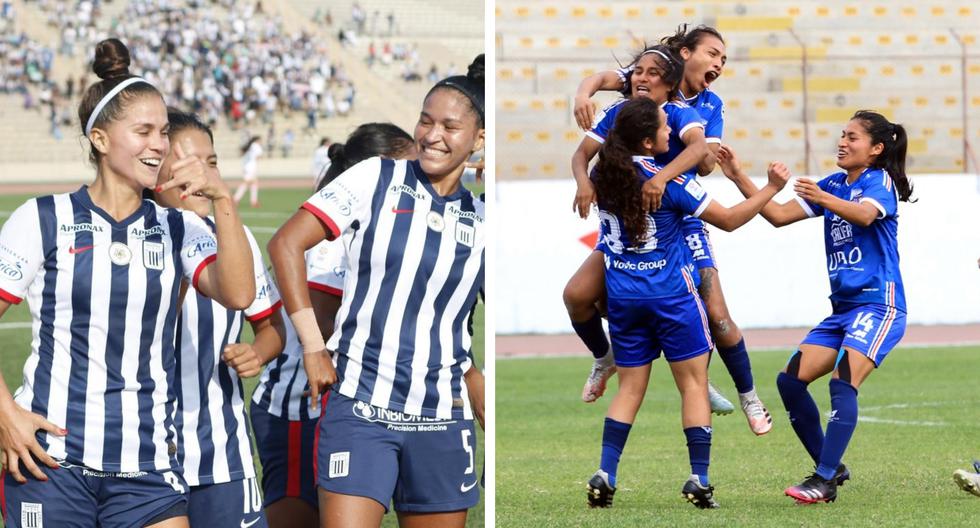 Losing it would be a sin. Alianza Lima vs. Carlos A. Mannucci will face each other (LIVE / LIVE / ONLINE / TV) this Thursday, October 6, as part of the 2022 Women’s League final second leg. The blue and white team will receive the Trujillo cast in the Alejandro Villanueva Stadium, where they will seek to add their second title and the pass to the Copa Libertadores Femenina. Get to know the channels and schedules of this match by Depor.com.

In the match they had for the first leg, Luis Cordero’s team tried to find a positive result, but the score ended with a 1-1 at the end of the 90′. This opens the possibility that any of the two teams keep the coveted classification.

When and where to see Alianza Lima and Mannucci

The duel between Alianza Lima and Carlos A. Mannucci will be played this Thursday, October 6, starting at 7:00 pm at the Alejandro Villanueva stadium. The transmission of this commitment will be in charge of Movistar Deportes and also on its Movistar Play streaming platform. Incidents and minute by minute you will find it in depose.

So arrive Alliance Lima and Mannucci

Lima Alliance started reached the final hexagonal this season being the leader of the standings with 34 points in twelve commitments. The intimates maintained their undefeated streak with 11 wins and only one draw, which placed them in the best position and allowed them to add two more points for the elimination round.

By qualifying for the hexagonal, they were once again in first place after the five games, going straight to the semifinals, where they had to face Sporting Cristal in a single duel and winning in a penalty shootout 4-3. With this, he earned his place in a new final, this time, against the Trujillo team.

Carlos A. Mannucci, meanwhile, was in third place in the standings, during the regular phase, with a total of 10 wins, one draw and one loss, accumulating 31 points. By qualifying for the final hexagonal, I only added one defeat, the same one that was against the Blue and Whites on the first date.

Despite this, they stayed with the pass to the semifinals, eliminating Universitario de Deportes in a single duel also in a penalty shootout, although this time, with a better score (4-1). With this, he was left with the second place in the final, although in the first leg he did not manage to add a victory, he hopes that in the second leg they will keep the title.

Mexican university will address the benefits of medical cannabis