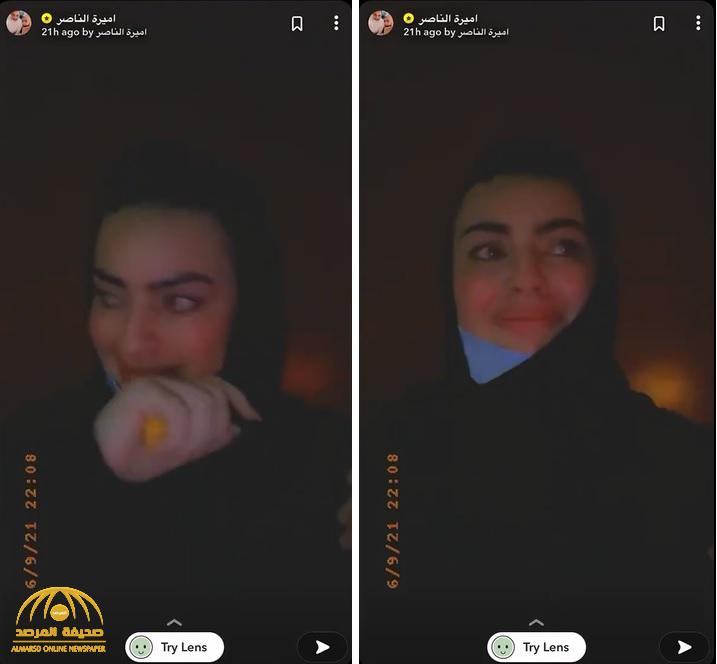 Al-Marsad Newspaper: The hashtag “Mishaal and Amira Incident” was issued on social media after the spread and circulation of a video of an accident involving Snapchat famous Amira Al-Nasser and her husband, Mishaal Al-Khalidi.

Amira Al-Nasser, through her official account with the “Snapchat” application, published a video crying over the explosion and destruction of her car and her husband, stressing that everyone in the car survived, but the car was completely destroyed.

Amira said in the video: “Praise be to God, we had an accident and got out safely, but the car was gone.”

Amira was crying while her husband, Mishaal, tried to calm her down and console her, saying: “Praise be to God, she came in the iron. We have no money to compensate.”

The car accident of Amir Al-Nasser and her husband, Mishaal Al-Khalidi, sparked a great controversy on social media, and opinions were divided between a skeptic and a supporter.