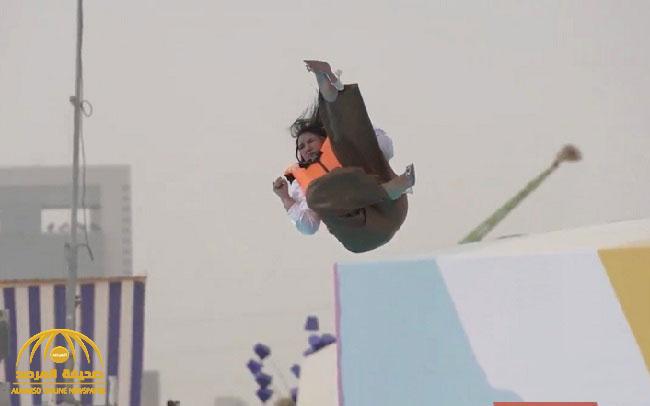 And “Lamnawar”, during the promenade, rode the “Hop Droob Capsule” in the air, and Ramez Jalal was sitting next to it without knowing because of his disguise in the costume of an Indian clown, and she was screaming and she appeared fear

Ramez and his team pushed Asma Munawar to fall into the swimming pool from a high altitude, after being pulled by force from inside the capsule.

It is worth noting that al-Muqlab began hosting Asma Lamnawar in the amusement park in Riyadh. She played Paintball, and Ramez hid behind her to hit her without her noticing.