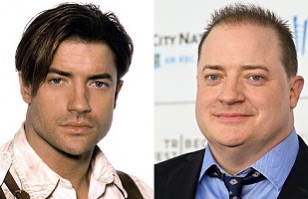 In 1999, “The Mummy” (“The Mummy”, in English), an adventure film written and directed by Stephen Sommers and starring Brendan Fraser, Rachel Weisz, John Hannah and Arnold Vosloo in the main roles, was released.

Shot over four months in the desert landscapes of Marrakech, Morocco, the film recounted how, in 1923, during a battle in Egypt, ex-soldier and adventurer Rick O’Connell (Brendan Fraser) and a partner discovered the ruins of Hamunaptra, the ancient Egyptian city of the dead, only to return there three years later with Evelyn Carnahan, a young and attractive English Egyptologist, and her brother Jonathan.

There they met another group of American explorers, who ended up causing the resurrection of the mummy of Imhotep, a diabolical Egyptian priest condemned more than three thousand years ago not to die for all eternity, and who was desperately trying to recover his beloved, Anck. -Su-Namum, the concubine of Pharaoh Seti I, killing all those who had stolen the vessels containing his organs so that he could regenerate completely.

Although “The Mummy” divided critics upon its release, which praised its matinee adventure film spirit and its special effects (produced by the Industrial Light & Magic company), the film was a huge box office hit worldwide. worldwide, grossing $416 million globally, also spawning a sequel in 2001, “The Mummy Returns,” as well as an animated series and the prequel “The Scorpion King.”

More than three decades after the premiere of “The Mummy”, this is what its cast looks like today:

Wout van Aert, yellow jersey on his back, wins the 4th stage after a huge panache