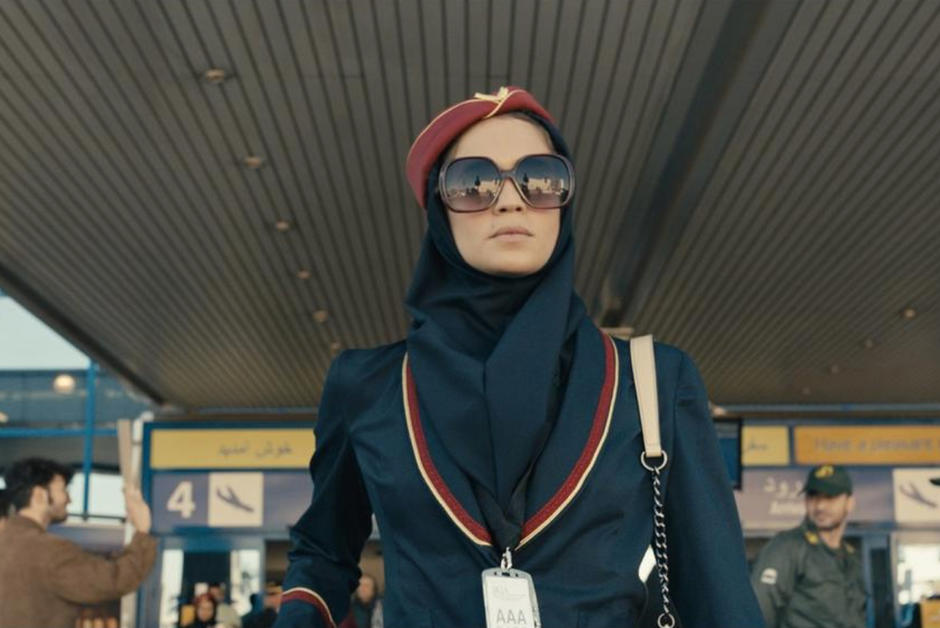 Series Fauda made it known all over the world. Israeli screenwriter Moshe Zonder returns with Tehran, which features a spy on a mission in Tehran. A series that he hopes can help improve relations between the Jewish state and Iran. He confided in the left-wing Israeli daily Ha’Aretz, while Tehran should be available soon on Apple TV +.

Moshe Zonder has always loved looking over the fence – and that’s not just a metaphor. Young journalist at the weekly Tel Aviv, he had made a habit of visiting Gaza whenever he had the chance. It was the early 1990s, the Gaza Strip was not yet closed to Israeli journalists, and Zonder, now one of Israel’s top screenwriters, was able to establish contact with local sources. .

One of his visits was to interview Hamas leader Ahmed Yassin. “I was half an hour early at Hamas headquarters, se rappelle Zonder. Sheikh Yassin’s secretary sat down with me, made me coffee and showed me pictures of him with his family and friends. He was a real gentleman. ‘You Jews were better off under the authority of Muslims’, he said to me, referring to the golden age of the Jews of Spain [du VIIIe au XIIe siècle, alors que la péninsule Ibérique était sous domination arabe]. There was some truth in what he said, but I reminded him that this happy time ended with the persecution and expulsion. I thought of my mother, a Holocaust survivor, and added that we Jews would never let a foreign army defend us again. A healthy dialogue has settled between us; we were really talking. ” It turns out that this secretary was Ismail Haniyeh, currently the head of the political wing of Hamas.

Almost thirty years later, it is clear that this meeting made a strong impression on Zonder: “I follow Haniyeh’s activities. We can’t imagine him doing a photo shoot with an American president on the lawns of the White House [comme Yasser Arafat lors de la signature des accords d’Oslo, en 1994] before receiving the Nobel Peace Prize, but we could find common ground with him. Since then, I have met other members of Hamas. Several of them were murdered. We killed from the air Sheikh Yassin, a spiritual leader who was in a wheelchair [et qui était devenu le promoteur des attentats-suicides contre Israël ; il a été liquidé en 2004]. What future can emerge from such a decision? ”

Inspiration drawn from the field

Meetings with Palestinian leaders and senior Hamas officials provided the material for the first season of the hit series Fauda [sur des soldats israéliens infiltrés dans les Territoires occupés pour déjouer des attaques], released in 2015, which he co-wrote with Avi Issacharoff and Lior Raz. “I explained to them that the character of Abu Ahmed, alias ‘the Panther’ – head of the military branch of an organization with Jewish blood on his hands – could not be reduced to the target of an assassination, explique Without. He also had to be presented as someone very attached to his family, with a woman he is crazy about, a mother to whom he is devoted and motivations that we can understand, even though we are Israeli Jews. ”

From the window of Zonder’s home in central Tel Aviv, you can see the park adjoining the Tel Aviv Museum of Art. In his living room, the television is surrounded by a multitude of books – biographies of political and military figures, big novels, collections of poems. Zonder was born in 1965 in Holon [dans la banlieue de Tel-Aviv]. His father, an accountant, died ago

June 22, Tehran got off to a flying start. For the daily left Ha’Aretz, the series shot in Farsi and Hebrew was “Even better than Fauda ”, the previous creation of screenwriter Moshe Zonder, and “Smarter than most current similar productions”. “It’s action-packed and captivating from the first few minutes”, added the conservative newspaper Jerusalem Post, which also qualified the staged situations as “Plausible”. It must be said that the news was in tune with the fiction: “While Tehran was broadcast, a series of explosions [non élucidées] shook Iranian military and nuclear sites ”, recalls the publication. Early August, Ha’Aretz regretted however that the 8 episodes of this first season do not last: “The more complicated the plot, the less believable the series becomes.”

SOON SURE APPLE TV +
The rights of Tehran were purchased by Apple’s streaming platform. The series should therefore soon be visible abroad, including in France. No date has yet been communicated.

First newspaper published in Hebrew under the British Mandate, in 1919, “The Country” is the newspaper of reference among Israeli politicians and intellectuals. Today located in the center left, Ha’Aretz has always cultivated a line