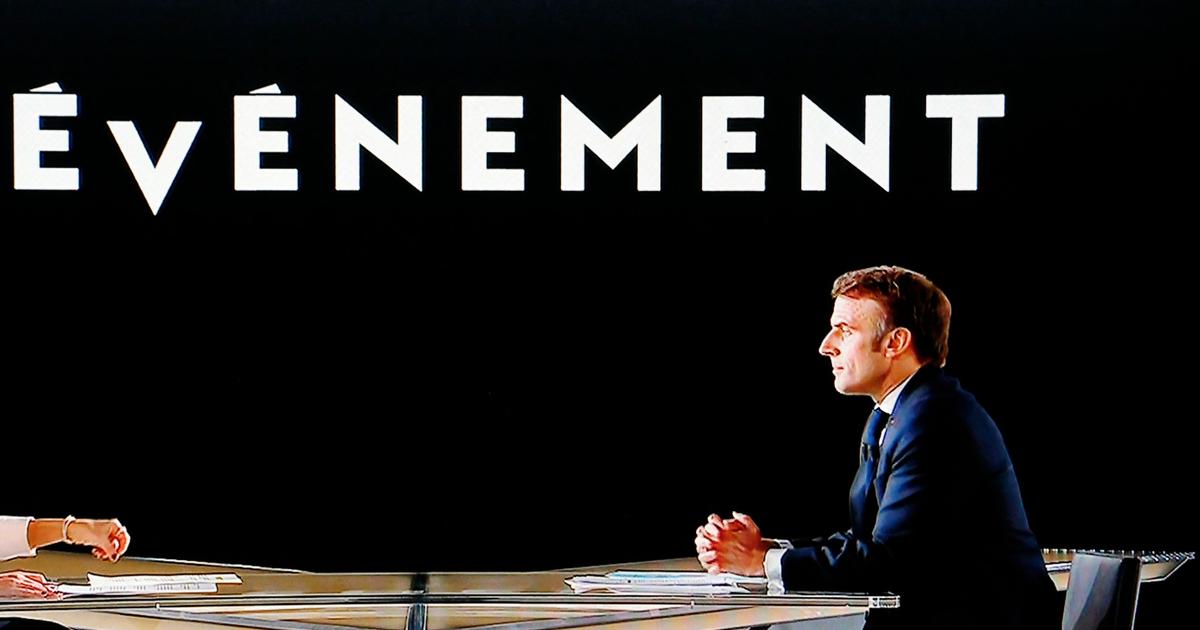 The Head of State announced new aid against inflation on Wednesday. He denounced the “cynicism” of the oppositions on the left and the RN, before reaching out to the LRs.

He tried to give a course to his second five-year term. Shaken by the energy crisis and by a series of failures at the National Assembly, Emmanuel Macron engaged in an hour-long explanatory exercise on Wednesday evening, in the program “The Eventon France 2. Two weeks after an interview devoted to the war in UkraineThe head of state tried to reassure the French about the internal situationwith the stated objective of «passer» the “storm” price increases. He also castigated the “disorder” of the left and the National Rally (RN), while calling for a «alliance» with The Republicans (LR).

Pensions: Macron “open” to a postponement of the legal age to 64, against an extension of the contribution period

Pour “preserving our social model”Emmanuel Macron defended the pension reformwith a view to coming into force in the summer of 2023.We will have to shift the legal age of departure by four months per year“, he declared, while confirming his calendar: 63 years old in 2025, 64 years old in 2028 and 65 years old in 2031. But the head of state said to himself “open» to a postponement of the retirement age to 64 years, and not 65 years, “in return” an extension of the contribution period. He also wishes “reforming our special regimes”.

Energy: a price increase of up to 15% for households

Faced with the sharp rise in prices – 5.6% over one year -, in particular for energy, Emmanuel Macron confirmed that the tariff shield on gas and electricity will be extended but reduced next year. “There will be a 15% increase (prices) in the first months of the year“said the Head of State. “It’s a lot. But if we let things happen, it should be increases of more than 100%“, he underlined. “We have already amortized, we will continue to amortize».

Budget: the 49-3 used in the face of the “demagoguery” of the oppositions

The Head of State justified the controversial use of 49-3 to adopt the budget without a vote in the National Assembly on October 19. “The government was right to pass this budget, including in the face of all the opposition which was sometimes in demagoguery”he declared, convinced of having thus “avoided several billions of useless lossy expenses”.

Motions of censorship: the left and the RN accused of “cynicism” and “disorder”

In a lively tone, Emmanuel Macron denounced the “cynicism” and the “disorder” in the National Assembly. In his viewfinder: the «coalition baroque» left-wing deputies, who voted on Monday their motion of censure with the support of the RN. Without however succeeding in overthrowing the government, for lack of support from LR. The head of state targeted the rebels and their allies, “ready to go hand in hand with the RN».

SEE ALSO – Motion of censorship: “What makes me angry is cynicism and disorder”, protested Emmanuel Macron

The “wish” for an “alliance” with the LRs

Anxious to have his reforms adopted, the President “wish” a «alliance» with LR and the centrists of the group Libertés, Indépendants, Outre-mer et Territoires (Liot). “They sent a clear message: we don’t want to block the government“, he assured. The heading is therefore clarified:with these parliamentarians“, and “work” is “to engage to pass» the bills to come – pensions, immigration or even renewable energies.

Electricity: a “reasonable price” guaranteed to communities and SMEs

To help businesses and communities, Emmanuel Macron wants “guarantee a reasonable price” electricity. Small and medium-sized enterprises (SMEs), as well as communities, will benefit from a “mechanism” depreciation which will be presented on Friday by Prime Minister Élisabeth Borne. It will also include very small businesses “very energy consuming”. With regard to medium-sized companies and large groups, a “help desk” will be open, with a deposit system and access criteria “simplified”.

A “great value-sharing conference” rather than superprofit taxation

The President announced agreat value sharing conference», carried out within the framework of the National Council for Refoundation. A “work needed», to hear it, preferred to a taxation of “superprofits” proposed by the left. On this subject, Emmanuel Macron recalled his support for a mechanism of “temporary contributionat the European level, which makes it possible tofund aid mechanismsin the face of inflation.

Read alsoSocial security budget: revolt in the majority behind an anti-medical desert measure

Emmanuel Macron does not see a “existential link between immigration and insecurity“, ten days after the murder of a 12-year-old girl, Lola, by an Algerian in an irregular situation. But he indicates that in Paris, “at least half of the offenses” are coming “people who are foreigners either in an irregular situation or awaiting permits“. It is therefore necessary to integratemuch faster“those who wish to stay, but also of”harden» the rules for better “fight against illegal immigration”. Emmanuel Macron’s objective: to expel «100%» illegal aliens “the most dangerous».

“As during the Covid crisis“, the executive wants to support the most vulnerable students. Set up during the epidemic, the one-euro meal system will therefore be extended to university restaurants. The “targeted aid“will be”reinforcedto those who need it most, including low-income families, promised Emmanuel Macron.

SEE ALSO – Interview with Emmanuel Macron: “The embarrassing questions are not asked of him”, considers Christophe de Voogd

Al-Ahly Bank issues a platinum certificate for 3 years with an annual return of 17.25%