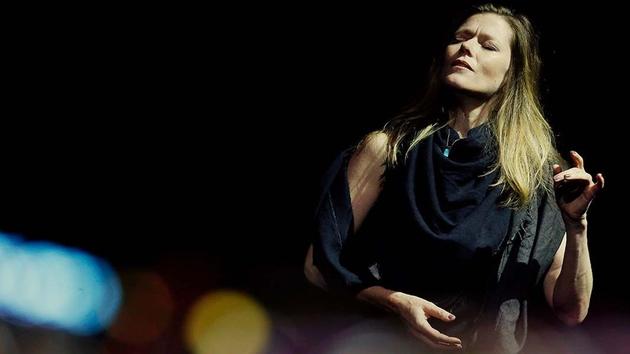 MUSIC – After a blank year in 2020 and a digital edition in 2021, the first major spring festival, in Aix-en-Provence, is reinventing itself in the form of a face-to-face edition augmented with digital.

A million and a half. This is the number of spectators that the 2021 edition of the Aix-en-Provence Easter Festival will have managed to reach, towards everything and for everyone, thanks to its 100% digital edition. “A very positive experience. Not only by the number of people affected, but also because all these questions prompted us to rethink our approach to what a festival should be.” remembers Dominique Bluzet, co-founder of it, with Renaud Capuçon.

What the violinist confirms: “We had to reinvent everything without giving up. But we put the wood back in the machine and we went there, thanks to a tremendous outpouring of solidarity, both from our historical patron, the CIC, and from our partners and the artists. For 2022, there is no question of reproducing the same scenario. “We built this edition with the desire for a festival that is reborn normally“, confesses Daniel Baal, Director General of the CIC. Before adding in a smile: “The calendar pleads for us. We open just before the first round of the presidential election and close on the day of the second round.

But there’s no question of acting as if nothing had happened either. “This crisis will profoundly change our relationship to culture, says Dominique Bluzet. Before, when we went to the theater, we went somewhere. Today, we are moving towards an art. More than ever we must ask ourselves how to be a conduit between the works and the community of citizens. Of which act. This 2022 edition is not only a dream of a rebirth, but an increased encounter between artists and the public. “In face-to-face, in theaters, which we hope will be full gauges, in the street, churches, unexpected places, such as Camp des Milles, but also on digital with major concerts broadcast live on our platform.”

Read alsoLionel Bringuier: “Being invited to Aix is ​​a huge joy!”

An ambition reflected in the programming. Turned towards French or French-speaking orchestras. “It is not about protectionism but about solidarity, defends Renaud Capuçon. The pandemic has allowed us to look a little more towards our regions and our neighbours. It was time to show the quality of these formations, which often remain unfairly shunned by major demonstrations, and to salute the work they have accomplished during the crisis. But also carrying, more than ever, the great markers that made it possible to materialize the initial dream: that of a French-style Salzburg.

The great names of the piano, Martha Argerich, Maria João Pires or Stephen Kovacevich, will thus rub shoulders with the next generation of the French cello, trios made up like Hélios or Zeliha, but also young soloists who will share the bill with their elders for moments of chamber music that promise so many moments of grace. Like the closing concert, where Capuçon invites eight soloists from all over Europe “in an incredible transcription of the Seventh de Bruckner»: from Gérard Caussé to the legendary double bass player Alois Posch, passing by the young Victor Julien-Laferrière or Guillaume Bellom. “It’s not about creating a master-disciple relationship, but about playing with them organically.”

Read alsoThe waltz of the choirmasters

Sacred music will have a good place there, among others with the Passion according to Saint John, entrusted to a well-known ensemble from Aix-en-Provence: Café Zimmermann, accompanied by the excellent Vox Luminis choir. Way of “remember that the sacred is essential in our relationship to art”, Bluzet philosopher. The voice will continue to be firmly anchored within the event, with the presence of Juan Diego Flórez, Marina Viotti, Rachel Harnisch and Stéphane Degout. Without forgetting the one who will open the event: Barbara Hannigan. “A total artist!” Both singer (solo!) In the bold cantata Djamila Boupacha, by Luigi Nono, and conductor of the Orchester philharmonique de Radio France in two peaks of the repertoire: the Requiem of Mozart and the Violin Concerto de Berg, with Christian Tetzlaff as soloist. “A concert that says what we are: both demanding and popular, unexpected and yet perfectly in line with the spirit of the festival and the big family that has grown up around it”, summarizes Capuçon.

these French people who take advantage of the Covid to travel