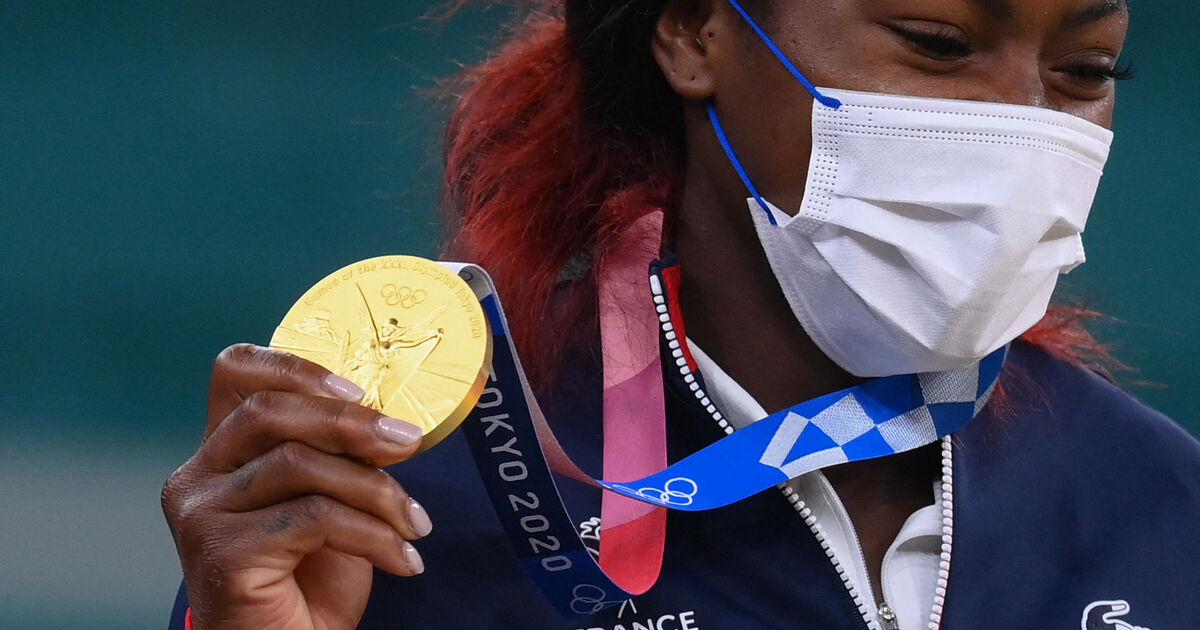 The gold medal won this Tuesday by Clarisse Agbegnenou on the tatami of the Nippon Budokan triggered a salvo of enthusiastic reactions to the height of the hopes that rested on the shoulders of the flag bearer of the French delegation in Tokyo.

You can be 28, be a five-time world champion and now an Olympic champion without being able to explain the rules of your sport to your mother. “We don’t know anything about judo, so when we see her on the ground you don’t know who won or who lost”, confessed the latter interviewed live at the microphone of RMC Sport immediately after the victorious final of his daughter this Tuesday in Tokyo.

“Clarisse I congratulate her, she worked for. Wanting is power she wanted this medal she got it so I take my hat off to her ”, also underlined Pauline Agbegnenou.

“Clarisse is a 28 year old girl but she listens to her parents. I have no words I just said “wow” to him. She will always be mom’s daughter even if she lives in her own home. Except the first fight [expédié en vingt secondes, ndlr], the other three, it was torture […] In any case, luckily it ended well. In any case, well done to her and well done to the parents too. “

🗣️💬 “I take my hat off to her. Clarisse listens to her parents even if she is 28 years old! She listens to advice and implements it. I have no words: congratulations, it’s wahouuu!”

“She sublimated herself to show the whole world that she was the best”, commented on the same microphone the former judoka David Douillet, four titles of world champion and two Olympic titles (in Atlanta in 1996 and in Sydney in 2000).

His victory resonated with the United States Embassy in Togo – his father is Togolese. “Bravo to Clarisse Agbegnenou in gold at the Olympic Games. Bravo to French judo and bravo also to Togo, land of his heart. “