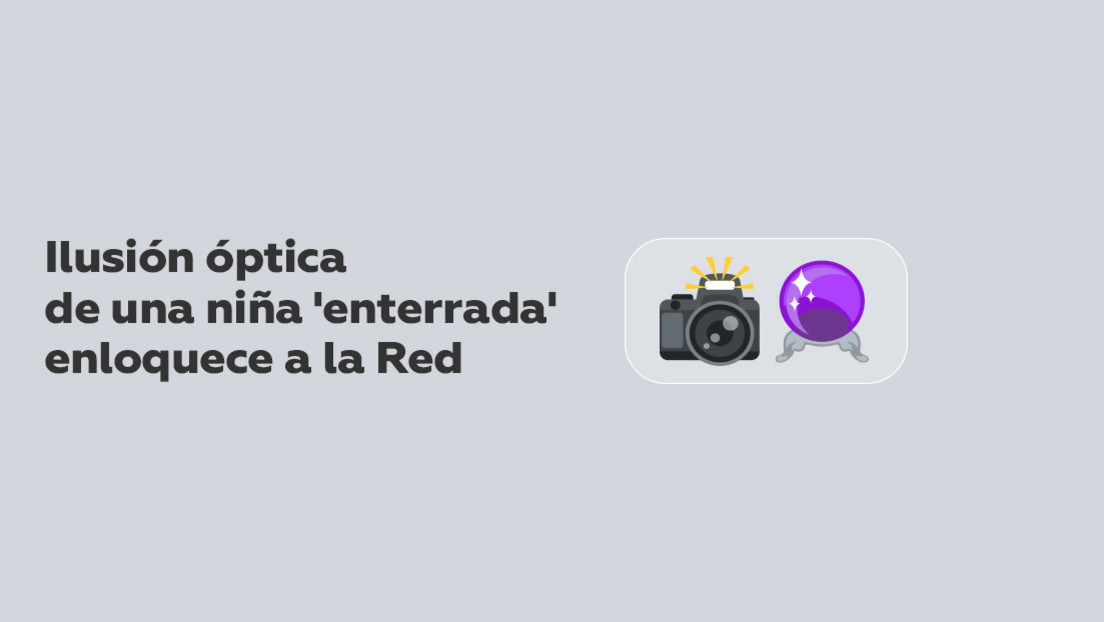 After much speculation, some viewers managed to decipher the riddle. And it is not a digital montage.

In early May, a Reddit user shared a photo of a girl who, at first glance, appears to be ‘buried’ in the pavement. This optical illusion caused the bewilderment of many on social networks for whom it was not easy to see what was really happening.

“My daughter, where is the rest of her?”, Wrote the owner of the snapshot, inviting to find a reasonable explanation that at first glance seemed impossible.

After speculation and jokes around the riddle, some viewers managed to decipher it. And it is not a digital montage, the little girl is simply standing behind a stone wall of the same color and material as the ground, a detail that makes both planes of the photograph blend together.

On closer inspection it is possible to notice that the young woman has her right elbow resting on the wall, which provides greater clarity and allows a better understanding of the situation. Either way, its author shared another image where each shot is demarcated, especially for those who ultimately failed to visualize the trick.