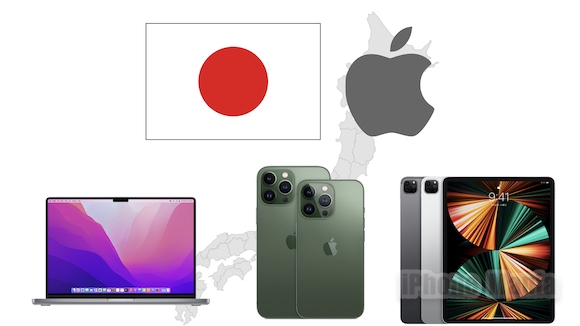 I tried to summarize Apple suppliers in Japan

iPhone, Mac, etc.AppleProducts are delivered to us by parts manufacturing and product assembly by 402 companies and 614 suppliers (as of 2020) worldwide.

There are 96 Apple suppliers in Japan, and if you paint the map so that the more bases there are, the darker the color, the distribution will be as follows.

The top three by prefecture are as follows:Yamagata Prefecture is the top in Japanwas.

Here are the suppliers based in each prefecture, along with the rough industry icons.

In Yamagata Prefecture, which is the top prefecture, the bases of electronic component manufacturers such as Sony, Kyocera, TDK, Japan Aviation Electronics Industry, and Murata Manufacturing are concentrated.

18 prefectures have 3 or more Apple supplierswas.

As for the trend in Japan as a whole, it is conspicuous that there are many suppliers related to electronic components, but materials and chemical companies such as 3M, ENEOS, and Sumitomo Chemical, and UCAJ for metal processing are also Japanese suppliers.

Most of the final assembly of Apple products such as the familiar iPhone is assembled in China, but you can see that many of the parts in it are provided by Japanese suppliers.

Electric vehicle being developed by AppleThe number of suppliers in Japan may increase further once the production of is started.

If you use your iPhone wisely, IIJmio!
Introducing IIJmio in detail! Click here for the latest information!

The audience is shocked after learning about the age of the star, Esaad Younes!!..No one expected that she is that old!!